No need for Trudeau to be tested, despite wife's COVID-19 diagnosis, experts say

Prime Minister Justin Trudeau doesn't need to be tested for COVID-19 — even though his wife Sophie Grégoire Trudeau was diagnosed with the disease — if he isn't showing any symptoms, experts say.

Prime Minister Justin Trudeau doesn't need to be tested for COVID-19 — even though his wife, Sophie Grégoire Trudeau, was diagnosed with the disease — if he isn't showing any symptoms, experts say.

"Certainly for people asymptomatic, we do not recommend testing," said Colin Lee, a specialist in public health and infectious disease. "But I could certainly see that people in position of power may want testing. And that might happen. But it's certainly not the medical and public health recommendation."

Testing is only indicated for those who are symptomatic, he said.

According to the U.S.-based Centers for Disease Control and Prevention, people are thought to be most contagious when they are most symptomatic. Some spread might be possible before people show symptoms — there have been reports of this occurring with this new coronavirus, but it is not thought to be the main way the virus spreads.

On Thursday night, the Prime Minister's Office issued a statement that Grégoire Trudeau, who had recently attended an event in London, U.K., had tested positive for the novel coronavirus and will remain in isolation.

Trudeau, as a precautionary measure, will also stay in isolation for a 14-day period.

The statement also said that, on the advice of doctors, Trudeau won't be tested at this stage since he has no symptoms.

"I think this is reasonable," said Isaac Bogach, an infectious disease physician at Toronto General Hospital. "He is in home isolation and if he develops any signs or symptoms compatible with the infection, he will no doubt be tested.

"But for now, he is being treated as a close contact and being monitored. This is fine."

Eric Morrissette of Health Canada and the Public Health Agency of Canada, told CBC News in an email that testing asymptomatic people can create "a false sense of reassurance."

Trump, Pence not being tested

U.S. President Donald Trump and Vice-President Mike Pence sparked headlines in the U.S. when the White House indicated that neither would be tested after recently being in close contact with Brazil's Communications Director Fabio Wajngarten, who tested positive for the disease.

"Both the president and vice president had almost no interactions with the individual who tested positive and do not require being tested at this time," White House Press Secretary Stephanie Grisham said in a statement on Thursday.

Judith N. Wasserheit, professor of global health and medicine at the University of Washington in Seattle, told The New York Times that because of Trump's and Pence's critical roles, "it would be wise to have a low threshold for testing regardless of symptom status."

Testing those in power

But Lee said testing those in position of power, even if they're not exhibiting symptoms, "sets a poor example" and indicates that there might be two levels of care. 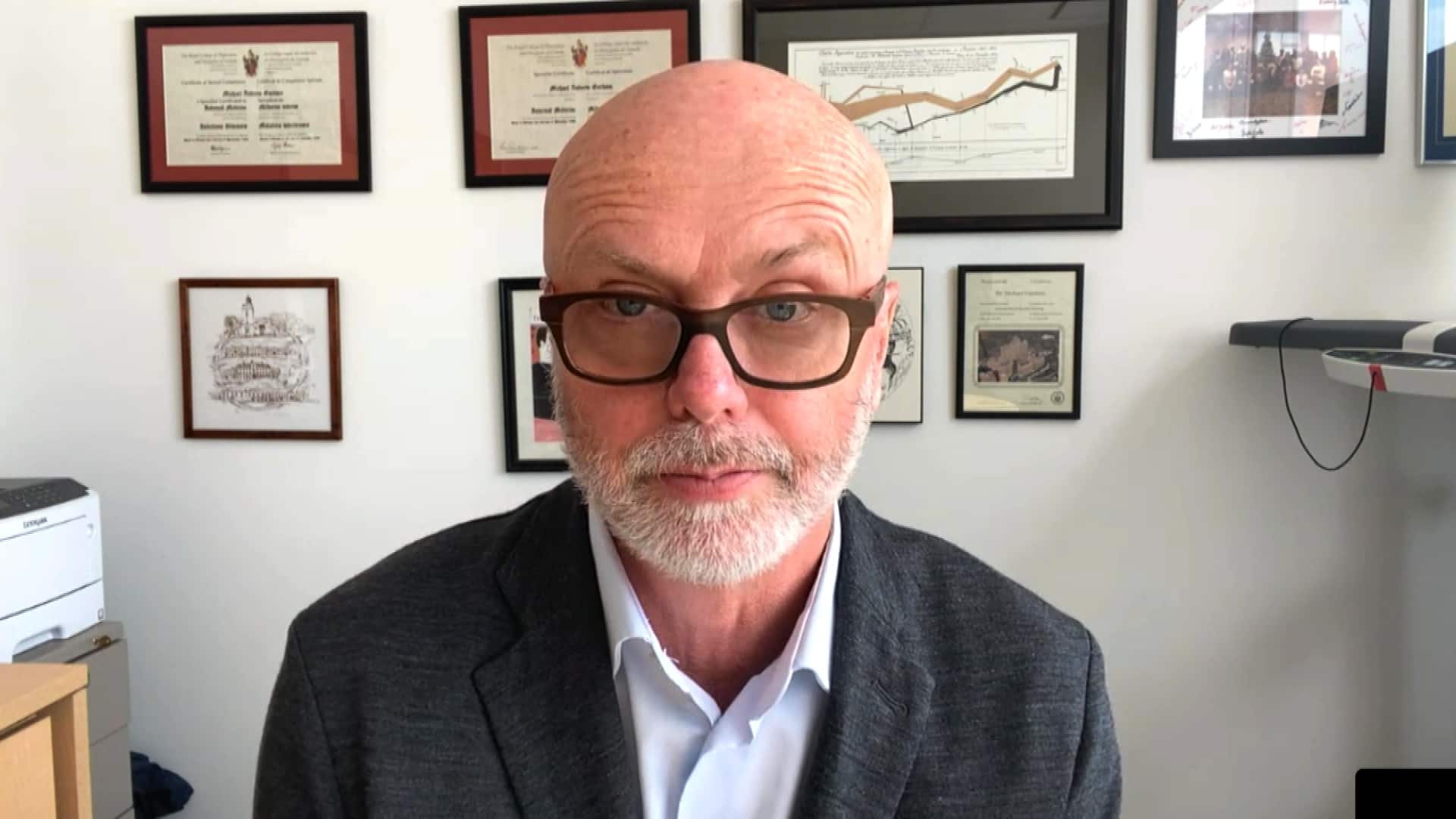 Trudeau's not getting tested for coronavirus. Here's what a doctor thinks

12 months ago
0:34
The prime minister says health experts have told him he doesn't need the test, despite the fact that his wife is now in isolation with the virus. An infectious disease specialist says that's the right call. 0:34

"That is another reason we should not be testing asymptomatic persons in position of power or fame."

If an average citizen goes to the emergency department to tell them their spouse, partner or housemate has tested positive for COVID-19, and that they feel fine but want to get tested, "the answer is a very strict no," Lee said.

Whether or not to self-isolate after being in contact with someone who has tested positive with the disease depends if the contact occurred during the period of contagiousness, which is when they start to have symptoms like cough or fever, Lee said.

It also depends how much contact they had with the person, he said.

"Big difference if they shook hands and spoke with each other within meter of each other, versus just across the room from each other," he said. "If it meets both criteria, then they should self-isolate even though they have no symptoms, which is what the prime minister is doing."