Prime Minister Justin Trudeau says the deaths of two Canadians by a militant group in the Philippines was the low point of his first year as leader. Trudeau held a year-end news conference today at the National Press Theatre in Ottawa.

Justin Trudeau says the deaths of two Canadians abducted and killed by a militant group in the Philippines was the lowest point of his first year as prime minister.

Robert Hall and John Ridsdel were killed by Abu Sayyaf after demands for a multimillion-dollar ransom were not met.

"It was personally difficult for me as I had the responsibility for directing and articulating the Canadian position, but also the opportunity and the responsibility to speak with their families," Trudeau said Monday during a year-end news conference in the National Press Theatre in Ottawa when asked about his "biggest regret" of the past year.

"I think reflecting on the fact we live in a very dangerous world and the responsibility that any government has to keep its citizens safe now and in the future needs to be top of mind, and any time situations come up in which we lose lives like that is going to be difficult for any leader."

But Trudeau defended Canada's long-standing position not to pay ransoms or negotiate with terrorists, insisting that making payments would only provide "significant funds" to violent extremists and would endanger further the lives of Canadian citizens who work, live or travel abroad. 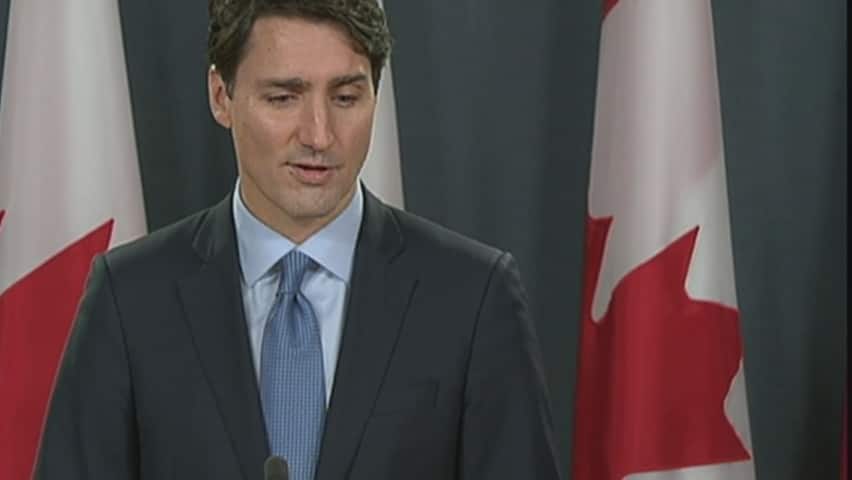 4 years ago
1:47
PM Justin Trudeau reflects on the low point of his year, the kidnapping and beheading of Canadians Robert Hall and John Ridsdel in the Philippines. 1:47

Reached Monday via email by CBC News, Hall's sister Bonice Thomas accused Trudeau of "careful manipulation of optics." She said his words at the news conference "mean nothing."

Thomas suggested Trudeau's "posturing" on Canada's no ransom, no negotiation policy did not improve safety for Canadians, but rather "painted a huge target" on their backs in foreign countries.

In May, the month after Ridsdel was killed but before Hall was executed, Trudeau led a push amongst G7 leaders to "unequivocally reject the payment of ransoms to terrorists."

Members of both the Ridsdel and Hall families have since called on the government to review the support they give to families in these situations.

They also have told CBC News about the many problems they encountered while their loved ones were held hostage.

They pointed to issues around lack of communication and support from both RCMP and government officials. They felt as though they were sometimes caught between a government's adamant policy to not negotiate or pay ransom to terrorists and trying to save Hall and Ridsdel by themselves.

The government is finishing up a review of the cases, but has no plans to change the no-ransom policy, nor offer further support to families.

With files from Lisa Laventure