Trudeau looks for reset with Mexico, leadership role with Americas

The official state visit by Mexico's President Enrique Pena Nieto in Ottawa today will not only be a chance for Prime Minister Justin Trudeau to reset the bilateral relationship, but an opportunity to show that Canada can play a leadership role in the Americas.

The official state visit by Mexico's President Enrique Pena Nieto in Ottawa today is a chance for Prime Minister Justin Trudeau to not only reset the bilateral relationship, but also for Canada to show it can play a leadership role in the Americas.

In the lead-up to this week's meetings, Trudeau's government has been relaying a clear message to Canada's allies in the Americas.

"It is absolutely the case that we are living in a time of a tremendous wave of populist protectionism and anti-immigrant sentiment around the world," International Trade Minister Chrystia Freeland said in an interview with CBC News Network's Power & Politics on Monday.

"And I think, actually, that Canada is extremely well-positioned to lead the global pushback against that." 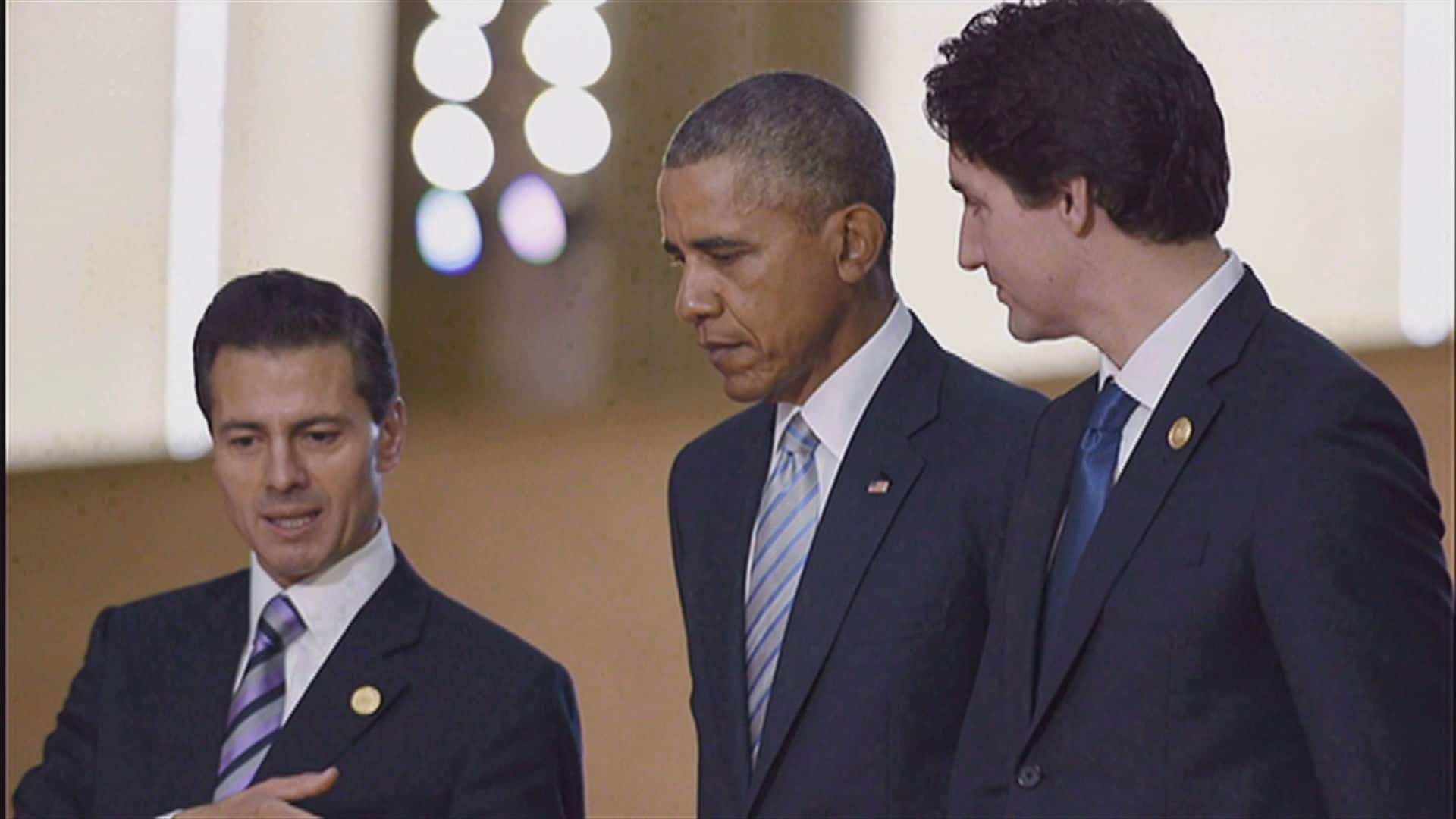 At an event organized by the Canadian Council for the Americas in Toronto on June 17, Freeland spoke about the importance of the broader relationship with the Americas and with the Pacific Alliance, a four–country trading bloc in Latin America made up of Chile, Colombia, Mexico and Peru that is holding its own summit in Chile later this week.

Freeland was in Mexico earlier this month to sign a joint agreement with the Pacific Alliance to allow for greater trade and economic integration between the countries.

"This is a big deal for Canada," Freeland said during her speech in Toronto.

To underscore the point, Freeland took part in a panel discussion with Canada's ambassadors to Chile, Mexico and Peru at the Toronto event.

"Where Mexico was looking inward before, now it's a country that wants to establish itself as a midsize power in the world. And that's why they look so much at Canada to be their partner in the world."

Chileans have also embraced Canada's participation in the Pacific Alliance, in which Canada has observer status.

"They are really looking to us and taking the relation to a second level," said Marcel Lebleu, Canada's ambassador to Chile.

Canada signed a free-trade agreement with Chile in 1997 and signed deals with Colombia and Peru in 2008. 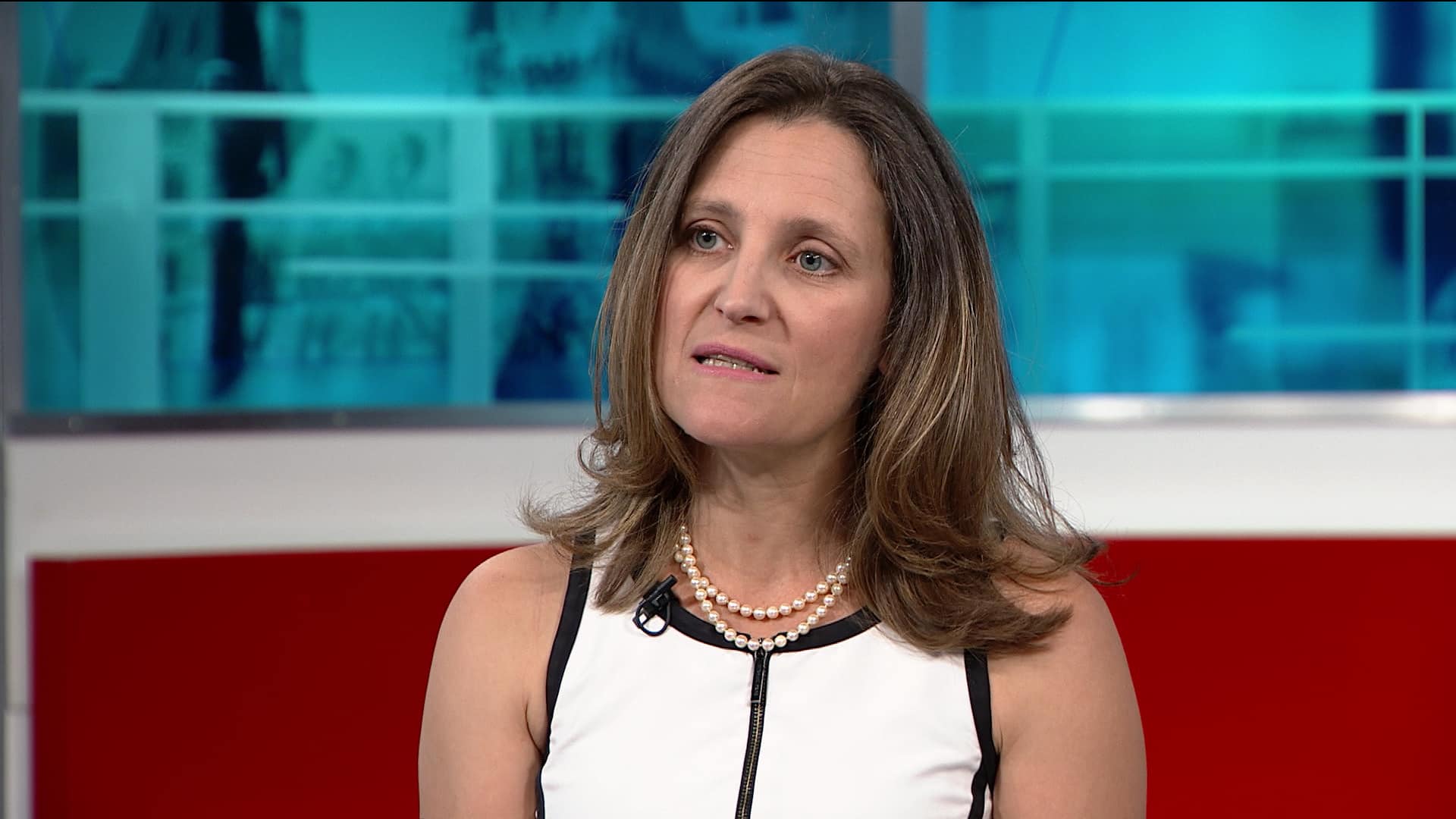 'CETA is more than alive'

4 years agoVideo
10:40
International Trade Minister Chrystia Freeland says Brexit will result in a 'politically even stronger' commitment to CETA by the EU. 10:40

Leadership in the Americas

Kenneth Frankel, president of the Canadian Council for the Americas, said the election of the Trudeau government was generally well-received in Latin America.

"A number of senior diplomats and others told me … they felt that the previous government had receded in their engagement and had been involved in certain ways that were beneficial, but other ways that were materially and symbolically detrimental to the relationship," Frankel said in a phone interview with CBC News.

Lifting the visa restriction imposed on Mexican travellers by the previous Conservative government would be an important marker in resetting the relationship with Mexico.​

But according to Frankel, Canada could also help advance an evidence-based policy discussion around the decriminalization or legalization of drugs in Mexico, where the illegal drug trade has resulted in widespread violence and corruption.

Canada could also play a leadership role in Colombia as it implements a recently completed peace agreement, or in Venezuela by supporting democratic reform and human rights initiatives, he said.

Concern about 'the wall'

Freeland said the Pacific Alliance countries are "important and valuable allies" who are worried about rising anti-immigration and protectionist sentiments from abroad.

"When they hear people talking about building walls, that concerns them deeply and rightly," Freeland said without naming Donald Trump, the Republican presidential candidate whose proposal for a wall along the Mexican-U.S. border has been a controversial part of his campaign.

"And they are relieved, grateful and welcoming of a Canada which is reaching across the North American continent to extend a hand in friendship and to say, 'We are your allies in this effort.' So that's why, as a government, we've been devoting time, effort to this region." 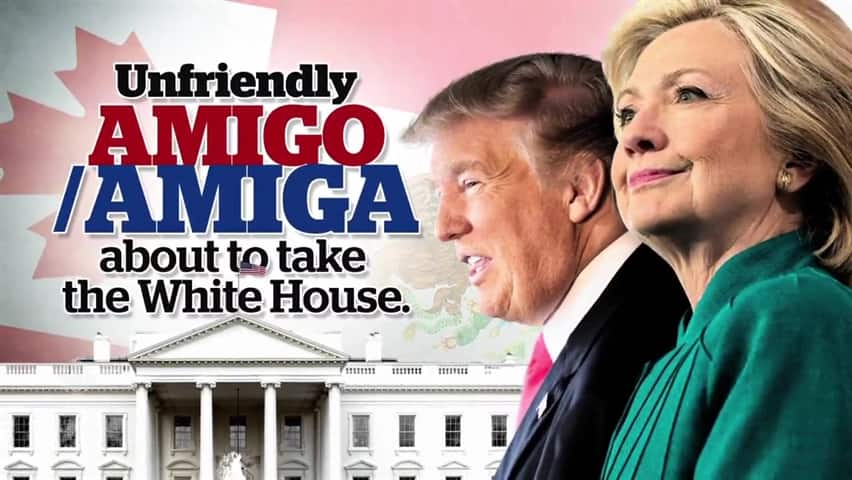 4 years agoVideo
0:52
The future of the 3 Amigos could get more complicated when a new President moves into the White House. 0:52

Frankel said that away from the cameras and microphones, Latin American diplomats are worried about a Trump presidency.

His sense is Obama is doing his best to strengthen the trilateral relationship before the next U.S. presidential election.

Frankel noted that two years from now — when leaders are gathered for the Summit of the Americas in Peru in 2018 — Obama, Pena Nieto and several Latin American leaders will either be out of office or lame ducks.

"Trudeau will be the elder statesman in the hemisphere."

Pena Nieto was welcomed by Trudeau at an official dinner in Toronto last night.

"There was an exchange of heartfelt words of appreciation by President Pena Nieto and Prime Minister Trudeau for a mutual commitment to put the relationship between the two countries and the shared North American destiny back on a strong foundation," said Frankel, who was at the dinner.