Federal Court Justice Robin Camp, dubbed the "knees together judge" for his comments in a sex assault case, has submitted his resignation following a recommendation from Canada's judicial watchdog that he be removed from the bench.

Federal Court Justice Robin Camp, dubbed the "knees together judge" for his comments in a sex assault case, has submitted his resignation following a recommendation from Canada's judicial watchdog that he be removed from the bench.

In a ruling announced Thursday afternoon, the Canadian Judicial Council (CJC) said that at a 2014 sexual assault trial he was presiding over, Camp "showed obvious disdain for some of the characteristics of the regime enacted by Parliament in respect of sexual assault issues."

"We find that the judge's conduct, viewed in its totality and in light of all of its consequences, was so manifestly and profoundly destructive of the concept of impartiality, integrity and independence of the judicial role that public confidence is sufficiently undermined to render the judge incapable of executing the judicial office," the council's ruling reads.

In a statement from his lawyer, Camp announced his intention to resign and apologized.

"I have advised Chief Justice Crampton that effective March 10, 2017, I will resign as a member of the Federal Court of Canada," the statement read.

"I would like to express my sincere apology to everyone who was hurt by my comments during the [sex assault] trial. I thank everyone who was generous and kind to me and my family in the last 15 months, particularly my legal team."

Before Camp's statement was issued, Justice Minister and Attorney General Jody Wilson-Raybould rose in the House of Commons seeking unanimous consent for a motion to remove Camp from the bench, but that consent was denied.

Conservative Saskatchewan MP Tom Lukiwksi then rose on a point of order and complained the minister had not ensured she had the unanimous consent of all parties before moving her motion.

Votes in both the House of Commons and the Senate are required to remove a federal judge, a move presumably no longer required with Camp's resignation.

Wilson-Raybould told reporters on Parliament Hill she learned of Camp's decision after she sought support for her motion. 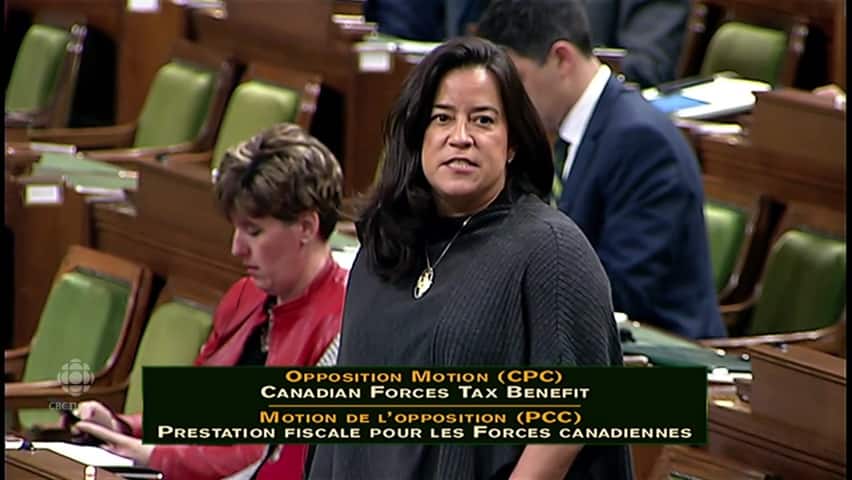 4 years agoVideo
1:05
The unexpected move by the federal Justice Minister was stopped by an opposition MP 1:05

Court transcripts from the 2014 sexual assault trial show Camp, who was then a provincial court judge, called the complainant, who was homeless and 19 years old at the time of the alleged assault, "the accused" numerous times — a mistake he repeated at the judicial council hearing before correcting himself.

Camp also told the young woman "pain and sex sometimes go together" and asked why she didn't just keep her "knees together."

But that wasn't enough for the CJC.

"The statements made by Justice Camp during the trial and in his decision, the values implicit in those statements and the way in which he conducted himself are so antithetical to the contemporary values of our judicial system with respect to the manner in which complainants in sexual assault cases should be treated that, in our view, confidence in the system cannot be maintained unless the system disassociates itself from the image which the judge, by his statements and approach, represents in the mind of a reasonable member of the public," wrote the majority.

NDP MP Murray Rankin said that by resigning, Camp took the only course of action available in light of the conclusions of the judicial council.

Ambrose, in a statement welcoming the council's ruling, said her bill was designed to hold the judiciary responsible for the ongoing training of its judges.

"Unfortunately, there is not enough accountability on the part of the judiciary in ensuring that judges have the updated training Canadians expect them to have. This needs to change," Ambrose said in the statement.

Until Thursday, Camp had fought hard to keep his job.

He asked to speak directly to the 23 chief and associate chief justices who make up the CJC. But the majority said Camp had already "been fully and fairly heard," and declined saying nothing had changed since his public hearing last fall.

Camp then asked the Federal Court to stop the judicial council from deliberating his fate and to review an earlier decision he be dismissed. His lawyer Frank Addario argued the judicial council should consider the fact that Alexander Scott Wager, the man who was accused of sexual assault in the original trial, had once again been acquitted. The judge refused to stall the CJC.

Since the council's creation in 1971, no judge has gone to such lengths to keep his job. There have only been two other cases where the council recommended Parliament remove a judge from the bench and in both cases the men resigned almost immediately.

Just like any other judge facing discipline, Camp's legal battle has been paid for by taxpayers through the Commission for Federal Judicial Affairs, which has refused to say how much it has cost so far.

Four judges dissented from the majority and said Camp should not lose his job because he has rehabilitated himself through counselling and further education.