Opposition MPs erupted into angry claims of a "coverup" today after Liberals used their majority to shut down an emergency session to debate whether Jody Wilson-Raybould should return to testify in the SNC-Lavalin affair.

Opposition MPs hurled angry claims of a "coverup" today after Liberals used their majority to shut down an emergency meeting of the committee probing the SNC-Lavalin affair.

The meeting was requested by Conservative and NDP members to press the Liberals to recall Jody Wilson-Raybould to testify again, even though the Liberals already had defeated a similar motion.

But less than 30 minutes after the meeting began, the Liberals voted to adjourn.

"I have never been so disgusted by the conduct of my Liberal colleagues," said Conservative MP Michael Cooper after the committee broke.

"They have done the bidding of the PMO."

Opposition MPs were making another bid to bring the former attorney general back to testify before the committee today, warning that Canadians would see any attempt by the Liberals to block them as evidence of a "coverup."

While casting their votes, opposition MPs shouted at their Liberal counterparts, calling their actions "despicable" and "disgusting."

The committee is scheduled to meet next on Mar. 19 — a closed session that coincides with the tabling of the federal budget. 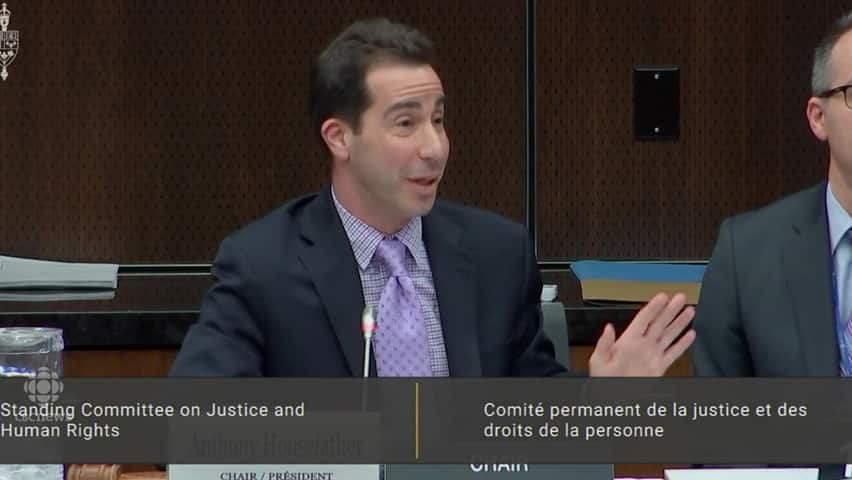 2 years agoVideo
1:14
Opposition members of the Justice Committee cry foul after a Liberal motion to adjourn until next week is adopted by the Liberal majority on the committee. 1:14

Conservative MP Pierre Poilievre accused Prime Minister Justin Trudeau of ordering Liberal committee members to shut down the hearing so "Canadians will never know the truth." He said Tuesday's meeting is "secret" and that the Liberal majority can shut it down whenever it wants.

"Justin Trudeau is transforming the justice committee into the Justin committee," he said.

Liberal MP Francis Drouin, who put forward the motion to adjourn, insisted it was a matter of procedure since next week's meeting to deal with potential witnesses had been scheduled already.

"It's as simple as that," he told reporters, as most other Liberal members dodged the microphone and made quick exits. 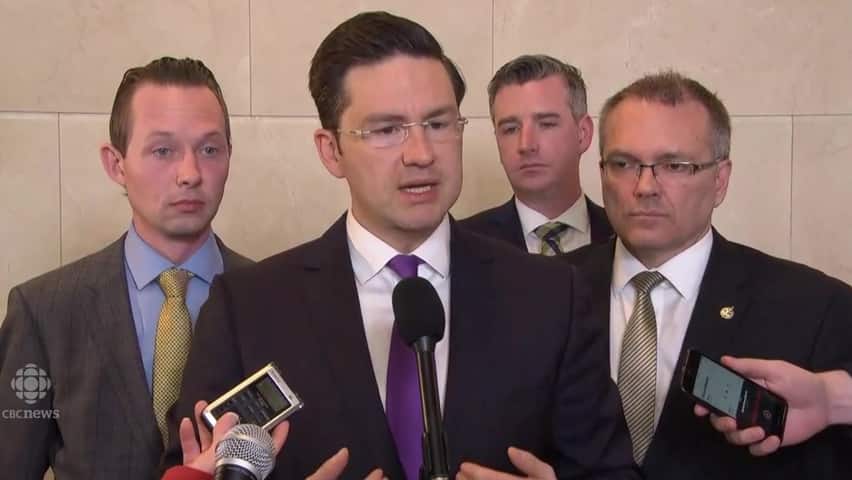 2 years agoVideo
1:02
Conservative MP Pierre Poilievre calls out PM Justin Trudeau for ordering Liberals members of the Justice Committee to shut down a request for Jody Wilson-Raybould to return for further testimony. 1:02

Scheer announced Sunday the Conservatives were launching an online campaign urging Trudeau to "let her speak."

🚨 🚨 🚨 SHOCKING: Watch as Justin Trudeau’s Liberals shut down the Justice Committee and cover up Justin Trudeau’s involvement in his SNC-Lavalin scandal. They refuse to let Jody Wilson-Raybould speak. <a href="https://t.co/lZB3yXsKBf">pic.twitter.com/lZB3yXsKBf</a>

Poilievre had told CBC News it's crucial for the committee to hear from Wilson-Raybould again, given major discrepancies between her version of events and last week's testimony from Gerald Butts, Prime Minister Justin Trudeau's close friend and former principal secretary. He said Trudeau also must fully waive cabinet confidence and client-solicitor privilege so that she can give a complete account of what happened.

"She says material events happened after she was removed as attorney general but before she resigned from cabinet. She said she wants to tell Canadians what happened," Poilievre said.

"The prime minister has the legal authority to allow her to do so. If he doesn't, he's got something to hide."

Prior to her Feb. 27 appearance before the committee, Wilson-Raybould had obtained a broad waiver from the Prime Minister's Office that allowed her to disclose details of her conversations with government officials about the prosecution of SNC-Lavalin, a Montreal-based global engineering and construction company.

She said she endured intense, sustained political pressure and veiled threats from officials in the PMO, the Privy Council Office and the finance minister's office to overturn a decision by the director of the Public Prosecution Service to proceed with a criminal prosecution of SNC-Lavalin instead of inviting the company to negotiate a deferred prosecution agreement (DPA).

A DPA is a legal tool that allows a company to avoid a criminal trial by admitting wrongdoing, paying fines, giving up any money it earned in the commission of a crime and agreeing to be monitored for a period of time.

Wilson-Raybould also testified that she told Trudeau she believed she was moved out of the justice portfolio because of the SNC-Lavalin matter.

In his testimony before the committee on Mar. 6, Butts denied there was any inappropriate pressure imposed on Wilson-Raybould and said internal discussions on the SNC-Lavalin file were all above-board and part of normal government operations.

Poilievre rejected repeated claims from the government that the issue boils down to a difference of "perspectives." 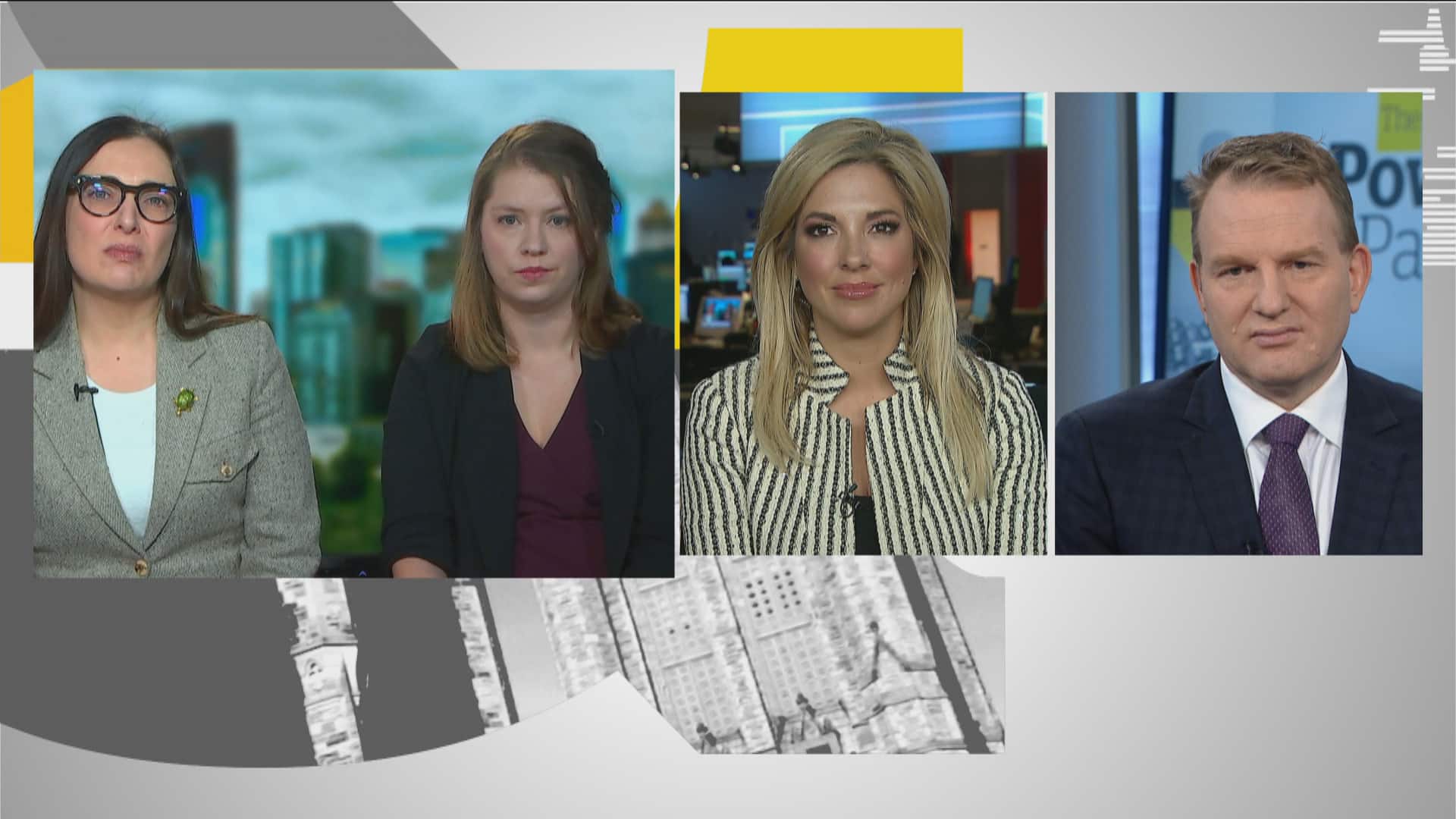 2 years agoVideo
11:29
Marcella Munro, Jen Gerson, Amanda Alvaro, and Tim Powers discuss the Liberals using their majority to shut down an emergency meeting of the committee probing the SNC-Lavalin affair. 11:29

"Either she's lying or Trudeau's lying, and I believe her," he said.

Parliament is not sitting this week, but the SNC-Lavalin controversy is still raging. On Monday, the Organization for Economic Co-operation and Development, the international body that oversees a global anti-bribery convention, issued a statement saying it is monitoring the political situation unfolding in Canada and it is "concerned" by claims the prime minister and his staff exerted pressure on the attorney general to defer criminal prosecution of SNC-Lavalin.

Poilievre said the fact the OECD and renowned international news organizations are raising these concerns now is "a terrible black eye for Canada's reputation."

It's not clear if any of the Liberal committee members have changed their minds about whether Wilson-Raybould should be recalled to testify again, but they hold the committee majority and control its agenda.

Ramsey said Canadians are following the committee proceedings very closely. She also warned that any attempt to block efforts to hear further testimony from Wilson-Raybould could backfire on the Liberals.

"I think the Liberals controlling what's happening at the justice committee just underscores the need for an independent public inquiry to get down to the bottom of what is really happening," she told CBC News. "I believe that Canadians are watching the justice committee and are disappointed in a government that ran on transparency and openness and accountability, and at every turn is doing the opposite."

The NDP has been pressing for a public inquiry, while the Conservatives have been demanding an RCMP investigation and Trudeau's resignation.

Conflict of Interest and Ethics Commissioner Mario Dion also launched an investigation into potential violations of federal ethics rules in the SNC-Lavalin affair. On Tuesday, his office announced Dion is stepping away for a prolonged period for medical reasons, but insisted the work of his office will continue in his absence.

Poilievre told CBC that if the Liberals use their majority to "shut down accountability," the opposition will use every tool in the parliamentary toolkit to force the government to "end the coverup."

"There are a lot of things that become very difficult in all of the committees of Parliament, and in the House of Commons itself, if the opposition is united in a singular focus to get to the truth," he said. "I also think there will be enormous public pressure if Trudeau decides that he's just going to cover this whole thing up."

"I will note, as I indicated at the time, my statement to the committee was not a complete account but only a detailed summary," she said.

Last week, Trudeau blamed a communication breakdown and an "erosion of trust" between the PMO and Wilson-Raybould for the SNC-Lavalin matter.