A cosier, more modest Fourth of July party than usual is scheduled for the U.S. ambassador's residence in Ottawa tonight — and the decision by some to steer clear will make it even smaller than planned.

U.S. President Donald Trump's envoy to Canada told guests at her cosier-than-usual Fourth of July party in Ottawa on Wednesday night that the countries' strained relationship will overcome the tough times.

Ambassador Kelly Craft delivered the message with the U.S. and Canada locked in an unprecedented trade dispute.

She made the acknowledgment to hundreds of partygoers, who listened as they sipped cocktails and ate shrimp on the sweeping front lawn of her official residence.

"Canada and the United States have an enduring partnership that I am confident will stand the test of time — and believe me, these are testing times," Craft told the crowd, which experienced attendees of the annual gathering described as far smaller than past years.

Craft, who was hosting her first Fourth of July party as ambassador, also quoted former U.S. president Thomas Jefferson in her remarks to drive home her message.

"I have never considered a difference of opinion in politics, in religion, in philosophy as a cause for withdrawing from a friend," she said.

Then she added: "By your presence here tonight, I would assert that we all agree with Jefferson on that fundamental point of friendship."

With the relationship at a low point, some notable Canadians publicly announced before the event that they would steer clear of the Fourth of July party out of principle.

In past years, the annual Independence Day bash has been the talk of the town, with a guest list that grew to include more than 4,000 people under former ambassador and Barack Obama appointee Bruce Heyman.

Under successor Craft, however — named to the post by Trump — the guest list has been trimmed to an estimated 1,000 people. 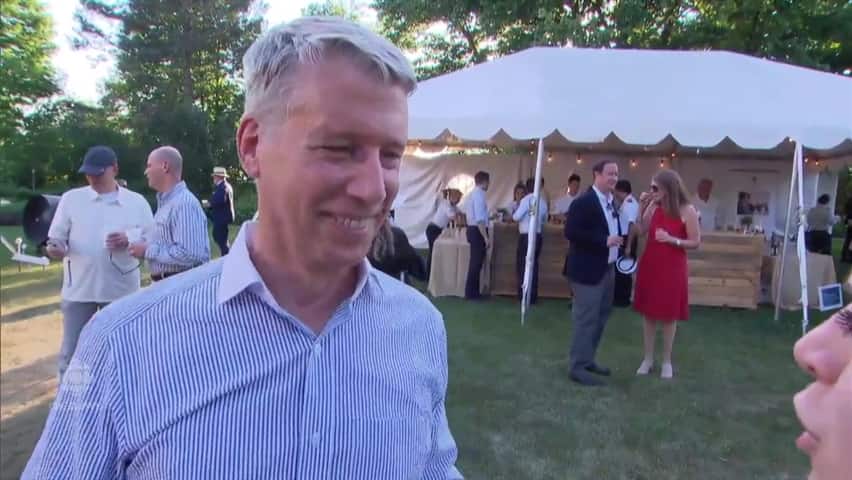 3 years ago
0:37
Andrew Leslie, the government's parliamentary secretary for U.S.-Canada relations, explains why talking through tensions with the United States is his preferred option. 0:37

Watson, who usually attends the party, sent his regrets this year, saying he's unhappy about the "constant attacks on our country."

A spokesperson for Singh said the NDP leader was invited, but wouldn't be attending as a show of protest against U.S. policies on trade and immigration.

"While he will not be attending the July 4th celebrations, Mr. Singh knows that it will take more than symbolic gestures to successfully pressure the Trump administration," James Smith said in an email.

Still, the ongoing trade fight — which has already seen the countries exchange tit-for-tat tariffs — didn't stop some Canadian politicians from attending the event.

"There are tensions, of course," Leslie said before Craft's short speech.

"The important thing is to lower the temperature, engage in dialogue. It's always better to talk than not." 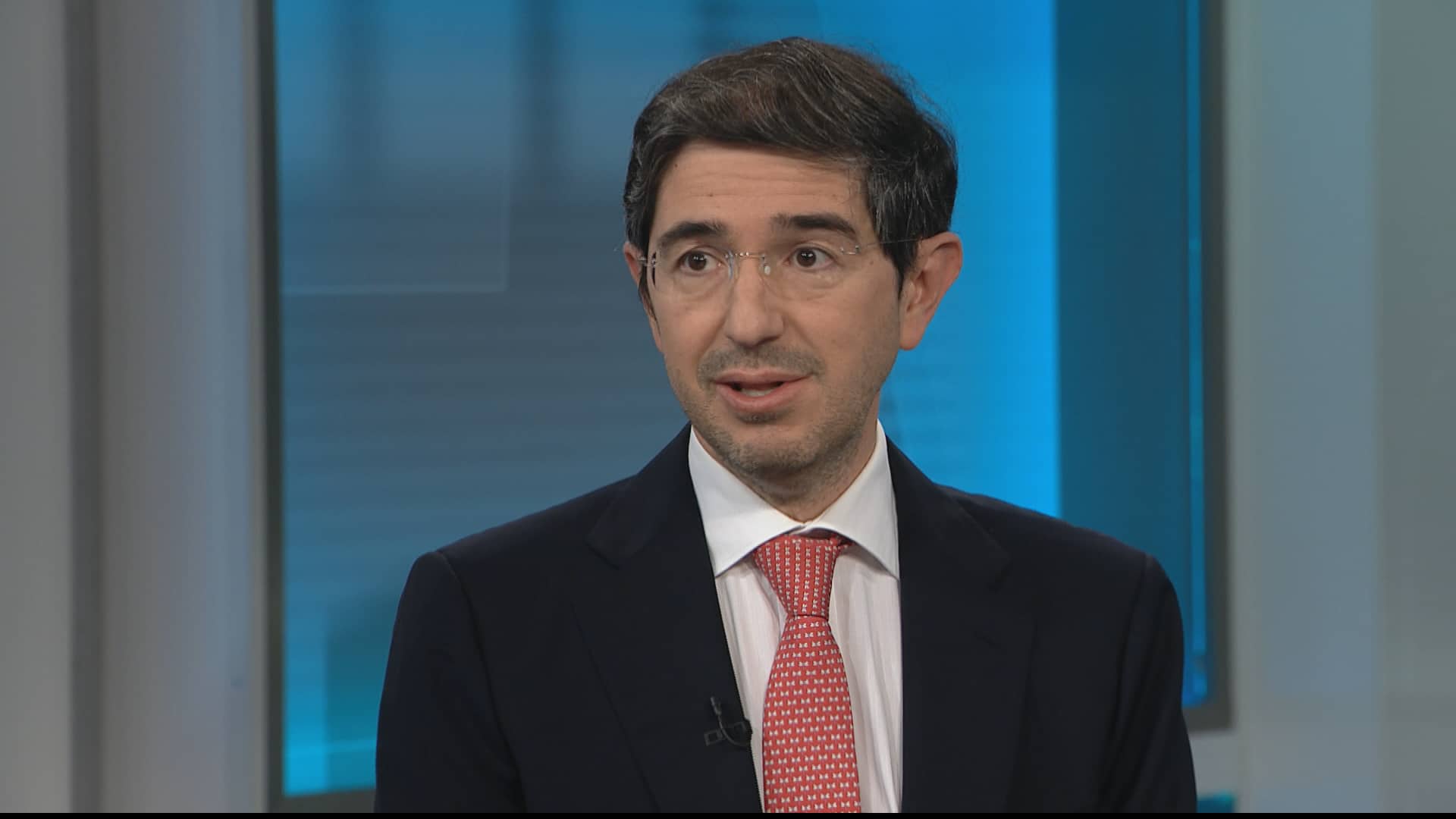 What's next for NAFTA with Mexico's new president?

Leslie also referred to another problem area in the relationship — the renegotiation of the North American Free Trade Agreement.

He said he hoped the Americans would resume NAFTA talks because Canada is ready to get back to the table.

Not attending 'a cheap shot'

Leslie also expressed his respect for Craft, whom he added has a "really tough job."

Asked about the high-profile people who declined to attend, Leslie said: "The great news is that we can live in a country where people can make such choices to either or not attend a social function."

A former Canadian ambassador to the U.S., who was directly involved in negotiations for the Canada-U.S. Free Trade Agreement and NAFTA, said he doesn't go to many functions anymore — but he decided to make a point of attending this year's party after he heard that some people planned to avoid it.

"I'm not here with a Make America Great hat on my head, I'm just here because we're celebrating the anniversary of our neighbour in a neighbourly way," Derek Burney said at the event as he raised his voice to be heard over the sound of country music from a nearby speaker.

"For people to get an invitation and make a spectacle out of not coming, to me that's a cheap shot. That's a schoolyard tactic for elementary school."

Raising a glass to tariffed bourbon

The event's start time was also pushed back to make it more cocktail party than picnic, said Sarah Goldfeder, a principal at Earnscliffe in Ottawa and former special assistant to two U.S. ambassadors.

Before the event, Goldfeder said she didn't think the boycotts would affect the feel of the party at all.

"There are a handful of people who have decided to make this a comment on the Canada-U.S. relationship and that's fair," she said.

"They're all in good, safe places to make that comment, but it's for their purposes. I don't think anyone realistically has an expectation that that's something the U.S. administration — especially this one — would be all that impressed by."

Communications staff at the U.S. Embassy did not respond to a request for comment about the party or the boycott.

As festivities were underway, Craft recommended a remedy for the bilateral differences between Canada and the U.S.

"I'm going to let you in on a little bit of a secret, however, that this is one test that gets a lot easier with a sip of some good ol' Kentucky bourbon," she joked to the crowd.

"So let's raise a glass to what is genuinely a wonderful relationship."

Kentucky bourbon is among the dozens of consumer products that have been slapped with tariffs by Ottawa as part of its retaliation for U.S. duties on Canadian steel and aluminum.