Julie Payette dares to be interesting with comments on climate, astrology, and divine intervention

Governor General Julie Payette said a few interesting things on Wednesday night. But that's not necessarily a good thing for someone whose role is supposed to be impartial.

The governor general speaks up for science over certain beliefs

Addressing a science conference in Ottawa, Payette argued for the need for greater public acceptance and knowledge of science. In doing so, she made dismissive references to astrology, the notion of "divine intervention" in the creation of life, and those who doubt the scientific consensus that humans are significantly responsible for the warming planet.

Such stuff is probably not out of place at a science conference. And Payette is an individual of science, a former astronaut and engineer. But she is also now the governor general, Canada's unelected and non-partisan de facto head of state  — a unifying figure and an impartial guardian of the democratic order who is supposed to exist above and beyond politics.

And that is where things get interesting. 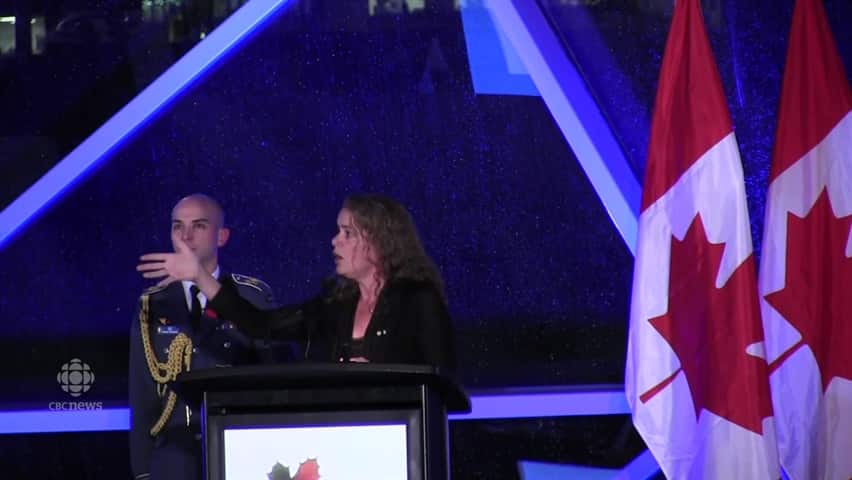 3 years agoVideo
1:01
During a speech to a conference in Ottawa, Governor General Julie Payette made dismissive references to astrology, the notion of "divine intervention" in the creation of life, and those who doubt the science behind climate change. 1:01

On astrology, Payette noted, with incredulity, that there are those who believe "that your future and every single one of the people here's personalities can be determined by looking at planets coming in front of invented constellations."

Those who read and write horoscopes would be entitled to take offence. If there is a national association of astrologers, it will presumably be asking Rideau Hall for a retraction.

But if the governor general is to catch heat here, most of it will have to do with the other two subjects.

"We are still debating and still questioning whether life was a divine intervention or whether it was coming out of a natural process let alone, oh my goodness, a random process," Payette said.

A narrow reading of this might be that Payette was taking issue with those who advocate for a strict understanding of creationism, though "divine intervention" could be understood more broadly than that.

But however strongly one feels about the science of evolution, religious belief might generally be considered sacrosanct, or at least a topic that the appointed occupant of Rideau Hall should avoid commenting on.

Of the things Payette said on Wednesday night, this is perhaps the comment she might be most likely to regret.

It was what she had to say about climate change that seemed most immediately interesting. Granted, it's also possible that saying what she said shouldn't be considered interesting.

"Can you believe that still today in learned society, in houses of government, unfortunately, we're still debating and still questioning whether humans have a role in the Earth warming up or whether even the Earth is warming up, period?" she asked.

If Payette had simply mentioned climate change as an issue of importance, taking for granted that such a thing is worth worrying about, there might've been little reason to take note. In fact, Payette had referenced climate change in two of her three previous public engagements: during her installation speech and, earlier this week, during her remarks at a state dinner for the president of Colombia.

The scientific and evidentiary basis that demonstrates the planet is warming and that human activity is the primary contributor to that warming might be up for debate in some houses of government — the White House, for instance — but it is not much contested within the House of Commons. 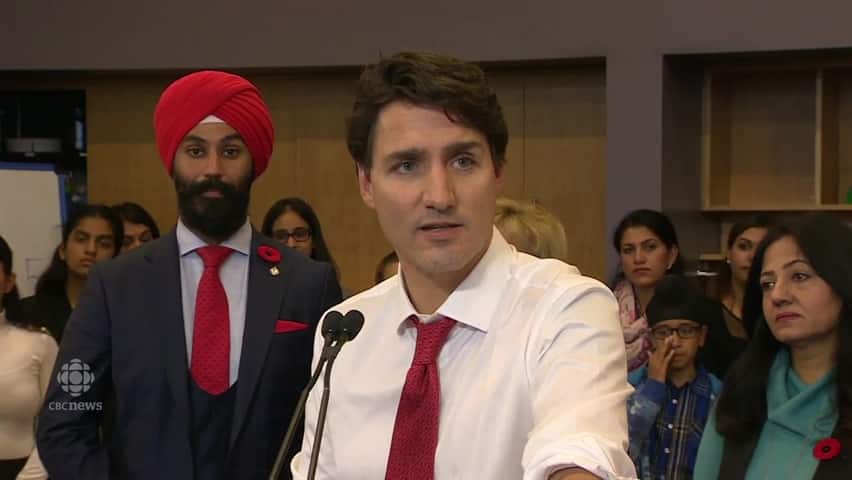 In June, for instance, the House endorsed the Paris accord by a vote of 277 to 1 (Conservative MP Cheryl Gallant being the lone dissenter). Each of the three major national parties promised action on climate change in their 2015 election platforms. And perhaps only two current members — Gallant and fellow Conservative MP Brad Trost — have publicly questioned the scientific consensus on climate change.

Some number of Canadians might also doubt the threat of climate change. But those doubts likely shouldn't be treated with the same deference as is afforded to religious belief.

Though it could be argued that a governor general should simply avoid criticizing any belief that her loyal subjects might hold.

The head of state's responsibility

She could also claim some royal precedent: Prince Charles is outspoken on the issue of climate change and once referred to skeptics as a "headless chicken brigade."

Granted, Charles isn't Canada's head of state (though eventually he may be). And therein lies the ultimate consideration for Payette.

For every governor general there is a chance, however remote, that he or she will be called on to exercise their judgement and decide who will govern the country. Consider the decision of British Columbia's lieutenant governor to reject Christy Clark's advice and invite NDP leader John Horgan to form government.

In those moments, it is vital that the public have faith in the governor general's objectivity.

It is for that reason — even more than the fact Payette is an unelected figurehead for the nation — that governors general are best advised to avoid being too interesting.

So long as Payette never seems to disadvantage a leader or party that is skeptical of global warming, Wednesday night's comments might never amount to a truly significant issue.

But it is with her most vital responsibility in mind that Payette should govern herself.

She is already proving to be an interesting governor general.