The charges included counts of assault, sexual assault and unlawful confinement of his estranged wife, Caitlan Coleman. The long trial concluded in October.

Doody said during the three-hour hearing in Ottawa today that the Crown did not prove the charges beyond a reasonable doubt.

The judge said he did not believe Boyle's version of events, but he also could not accept Coleman's "unconfirmed evidence."

He also raised concerns about Coleman's reliability as a witness due to inconsistencies in testimony and memory lapses.

Of those charges, 18 related to Coleman, a U.S. citizen, and were linked to alleged incidents between October and December 2017, after the couple returned to Canada from Afghanistan with the three children they had while in captivity. They had been held hostage for five years by Taliban-linked extremists.

Boyle sat quietly in the courtroom as Doody delivered the lengthy decision.

Coleman now lives in the U.S. with the estranged couple's four children, including one born in the U.S. after they separated. She wasn't in court Thursday, but was represented by her lawyer.

In handing down his early decisions, Doody said that while Boyle's controlling behaviour made Coleman angry, frustrated and upset, it did not make her fear for her safety.

"This is not a credibility contest," Doody said at the start of the hearing, after recounting different versions of events given in testimony by Boyle and Coleman.

Coleman said she was confined, tied up and assaulted, and Boyle controlled her and tried to make her believe she was mentally ill, Doody told the court.

Boyle denied physically assaulting Coleman and said she suffered fits that left her out of control.

Doody said there was little evidence to substantiate the claims, and his role was to determine whether the Crown had established the case beyond reasonable doubt.

Boyle's lawyer, Lawrence Greenspon, said his client is "extremely pleased" and relieved by Thursday's ruling. He spent time in custody, has worn an electronic bracelet and has been under strict bail conditions for two years. 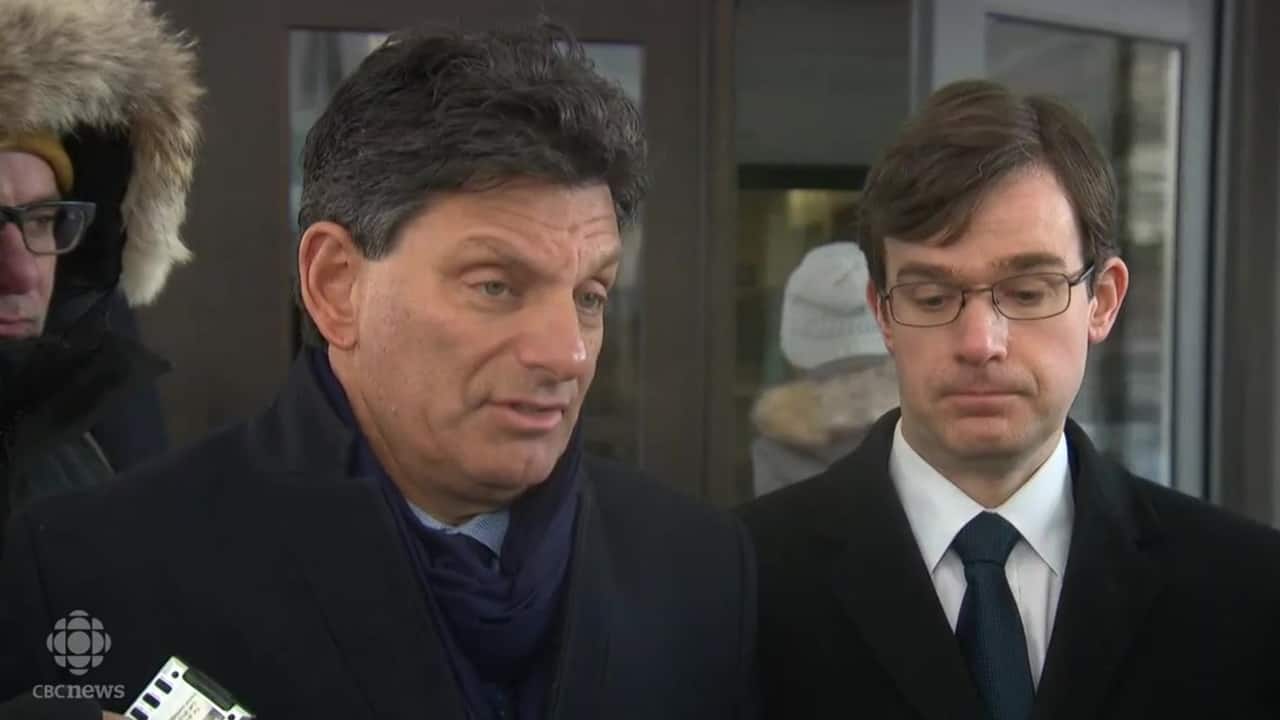 1 year agoVideo
1:54
Lawrence Greenspon, the lawyer for Joshua Boyle, says that the verdict that saw all charges against him dismissed was an incredible relief to Boyle. 1:54

Greenspon said today's decision is the "first step" toward Boyle's ultimate goal — which is to gain access to, and eventually custody of, his four children. He has never seen his youngest child and has not seen the others in two years.

As for the judge's remarks shredding Boyle's credibility, Greenspon said that weighed into the judge's decision.

"The judge made sure to explain that on several occasions," he said. "Because had it been a credibility contest, I think it would be a tie. They both lost."

Coleman's lawyer, Ian Carter, spoke with his client after Doody's ruling and said she is "devastated" by it.

"I think the case is an example of the challenges that a complainant faces in coming forward with allegations of sexual assault or domestic violence in terms of how things operate in our justice system," he said. "She needs some time to process what was said today, and try and move on with her life." 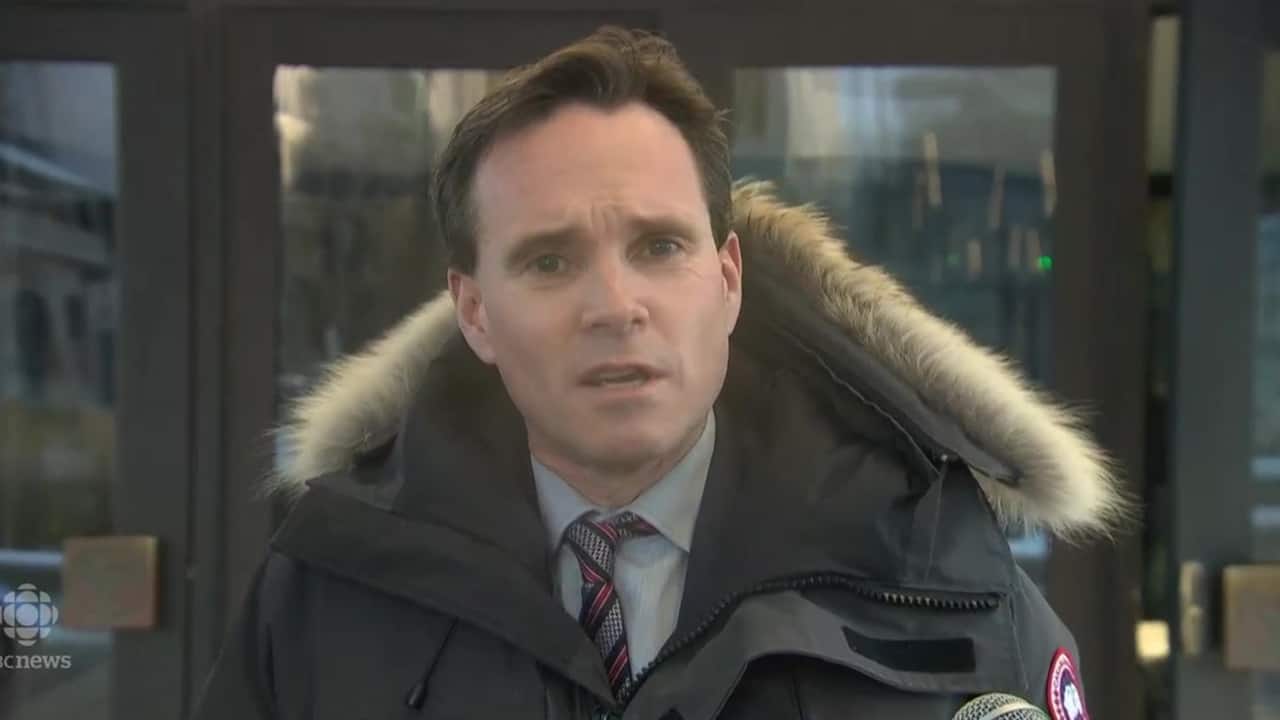 1 year agoVideo
0:27
Lawyer Ian Carter, who represents Joshua Boyle's estranged wife, Caitlan Coleman, says she is devastated by the ruling that dismissed all 19 charges against Boyle.f 0:27

Crown lawyers did not make a statement or take questions following the ruling. It's not yet known if the Crown is considering an appeal.

Doody said he found it "incredible" that Boyle testified he had not given careful thought before the trial to a "list of rules" for Coleman that included instructions for her to lose weight, have cold showers and plan interesting sex twice a week.

"I cannot accept that," he said.

Boyle and Coleman were kidnapped near Kabul during a backpacking trip through Central Asia in October 2012.

According to Coleman, after the family arrived in Canada, Boyle was controlling and abusive. Boyle claimed that Coleman was the one who was physically and emotionally abusive.

Coleman alleged he repeatedly hit her, spanked her, choked her and bit her both in captivity and after moving to Ottawa after their release in 2017.

On Thursday, Doody recalled Coleman's testimony about her "fits" and recurring bouts of anxiety and self-harm. He pointed to her own testimony claiming her memory was affected by these fits, which she said were triggered by arguments or fights with Boyle.

He said Coleman's testimony about her mental heath "gives rise" to concerns about her reliability as a witness, given the memory issues and doubts about her ability to see things correctly at times of anguish and anxiety.

The judge did not conclude Coleman deliberately put forward inconsistent testimony due to memory lapses, but said her admission that memories can be "invented and inserted" raised questions about her reliability.

"In my view, Ms. Coleman's memory issues raise concerns about her ability to accurately recall the events at issue, the accuracy of what she says she recalls and whether the events described took place," he said.

Doody also pointed to the disconnect between Coleman stating that she wanted to limit the release of case details in the media and giving several media interviews mid-trial that she knew would garner publicity. He also said she displayed an "antagonistic attitude" with defence counsel and was at times antagonistic and non-responsive.

During closing arguments, Greenspon said there is reasonable doubt about his client's guilt and argued Coleman's allegations should be dismissed because her testimony was not credible or reliable.

Moore said legal scholars have been watching to see the impact of the Criminal Code amendments brought in last year, which give complainants standing in the proceedings and the right to have their own lawyer make arguments during the trial.

Moore said it's difficult to convict in such cases in the absence of forensic evidence, photos or witnesses.

"The inherent problem of prosecuting interpersonal violence, whether it's domestic violence or sexual violence or both, is that it's almost always a he-said-she-said," Moore said. "And the way our criminal system works is that the burden of proof falls on the prosecution, beyond a reasonable doubt.

"Well, you can't prove beyond a reasonable doubt when it's one person's word against another."

Just two weeks before Boyle was arrested by police, Prime Minister Justin Trudeau had a private meeting in his office with the family.

That meeting raised some eyebrows, as Boyle was previously married to Zaynab Khadr, the sister of Omar Khadr, whose late father was an associate of Osama bin Laden.

The official said Trudeau agreed to the meeting because of the ordeal the Boyle family had been through.

With files from the CBC's Judy Trinh