As Ontario's Superior Court considers whether a judge erred in allowing evidence about the sexual history of former hostage Joshua Boyle's estranged wife into his assault trial, groups representing women's rights advocates and criminal lawyers injected themselves into the process today.

As Ontario's Superior Court considers whether a judge erred in allowing evidence about the sexual history of former hostage Joshua Boyle's estranged wife into his assault trial, groups representing women's rights advocates and criminal lawyers injected themselves into the process today.

Boyle faces 19 charges, including assault with a weapon, sexual assault and forcible confinement. His case is on hiatus while Laliberté decides whether he will allow the trial to hear about the couple's sexual past.

Caitlan Coleman and her husband were held captive in Afghanistan for five years by Taliban-linked groups. After the couple and their children (born in captivity) were released in 2017 and settled in Ottawa, police arrested and charged Boyle with physical and sexual assault against his wife.

Doody added the evidence would be general in nature and would not include significant details about any one act.

The reasons for Doody's decision were not reportable at the time because of a publication ban.

That ban has since expired. CBC News can now report that the trial judge decided to allow evidence about Coleman's sexual history because while on the stand, she admitted she may have been confusing non-consensual sexual acts with past consensual ones.

Coleman's lawyer objected to the introduction of the evidence and filed for a review of the judge's decision by the Ontario Superior Court.

LEAF planned to argue the trial judge blundered in allowing into the trial evidence of the couple's sexual history — evidence that's usually banned under Canada's 'rape shield' laws because it introduces "discriminatory myths and stereotypes" about women.

"Feminists have fought for regulations restricting sexual history evidence," LEAF's lawyer Karen Segal said in an interview with CBC Tuesday. "Because so often that evidence is admitted for the purpose of relying on putting in front of the court discriminatory myths and stereotypes about a woman's sexuality."

Following objections this morning by Boyle's defence — and the judge's own expressions of concerns about an outside party critiquing a judicial ruling — LEAF's counsel limited its verbal submission.

Gillian Hnatiw, LEAF's in-court legal counsel, instead spoke generally about why the Supreme Court has ruled the sexual history of victims cannot be introduced during trials.

"We are not talking about a witness being momentarily uncomfortable," Hnatiw told the court Wednesday. "It is an invasion of dignity and self-worth." 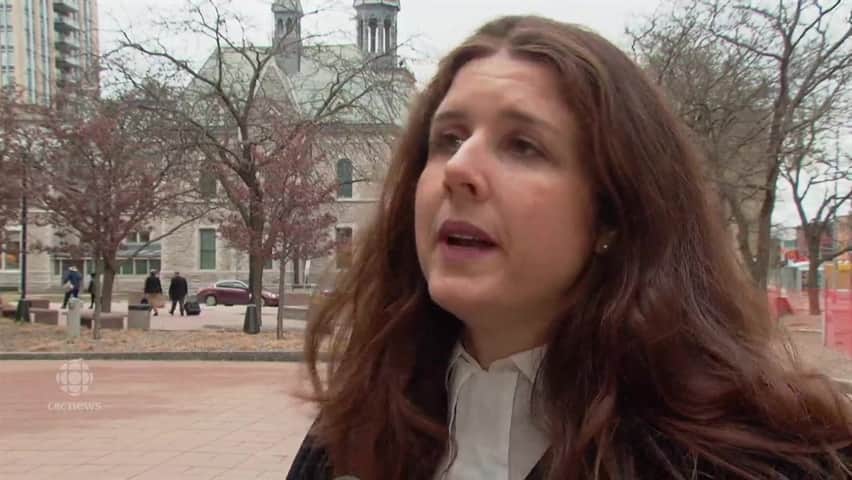 'Everyone is watching this process'

Unlike LEAF, the Criminal Lawyers' Association isn't addressing whether Coleman's sexual history should be introduced.

In a legal brief filed ahead of today's hearing, the association argues that counsel shouldn't be allowed to launch such in-trial challenges because it leads to bottlenecks in the legal system.

"Our system tolerates that unfortunate reality because no system is perfect, and if trials could be called to a halt every time someone disagreed with a judge's ruling, trials would quickly become unmanageable," the association said in its legal filing.

In addition to the intervening groups, lawyers for Coleman, the Crown and the defence also spoke this morning.

Crown lawyer Meaghan Cunningham said that had the defence indicated before the trial began that they intended to speak about Coleman's sexual history, these delays could have been avoided.

"The situation we are in is largely due to the tactical decision by (Boyle's lawyer)," Cunningham said.

Boyle's lawyer said Coleman's application for review has delayed his criminal trial, which otherwise would have wrapped up this month. 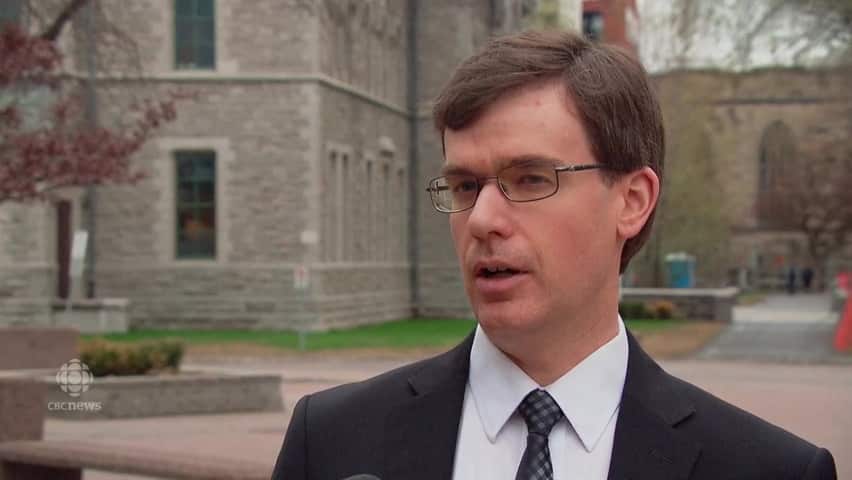 'Is it appropriate for (Caitlan Coleman's) to do this?'

2 years ago
0:36
Eric Granger, the defence lawyer for Joshua Boyle, speaks about how the delays are denying his client of justice. 0:36

Justice Laliberté reserved his decision on Wednesday afternoon, saying he needs several weeks before he rules because he anticipates his decision might be appealed or cited in future cases.

"I get the sense that whatever I decide will be revisited," he said