Immigration Minister John McCallum has introduced a bill to undo controversial Citizenship Act reforms brought in by Stephen Harper's government. "We did win the election," the minister told reporters.

'A Canadian is a Canadian': Toronto 18 ringleader first to lose citizenship, now set to get it back 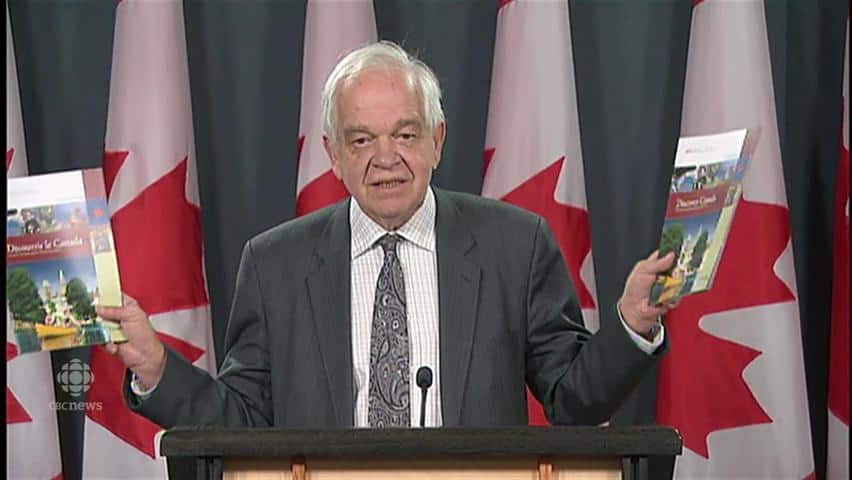 The federal government is scrapping measures brought in by the Conservatives that allow Ottawa to revoke the citizenship of Canadians convicted of terrorism and other offences.

Legislation last year allowed Canadians who held dual nationalities to be stripped of their Canadian citizenship if they were found guilty of terrorism, treason or spying offences.

The Liberals campaigned on a promise to revoke the measures and have now made good on their pledge. Immigration Minister John McCallum introduced his new bill when the House of Commons began sitting Thursday.

"It will still be possible to revoke citizenship, as it always has been, for those who misrepresent who they are or who are guilty of citizenship fraud," McCallum told reporters.

"I think under the previous law there was a risk of a slippery slope," he said. "If one crime made you eligible for revocation this year, what crimes could be added next year?

"We do have a criminal justice system. We do have courts. We do have prisons where those convicted of crimes are sent. And that is the way in which we deal with this."

During the campaign, the Conservatives moved to revoke the citizenship of Zakaria Amara of the so-called Toronto 18, a group of men convicted for plotting to place bombs in Southern Ontario, but the matter is still before the courts.

An exchange on the issue between then-prime minister Stephen Harper and current Prime Minister Justin Trudeau was one of the more heated moments in the federal leaders debate on foreign policy, with Harper asking why those convicted of terrorism shouldn't have their citizenship taken away.

"And you devalue the citizenship of every Canadian in this place and in this country when you break down and make it conditional for anybody."

Once McCallum's new legislation passes, Amara's citizenship will be restored.

"It is a question of principle," McCallum told reporters Thursday. "We do not need an additional set of rules that would create two classes of citizen."

"We did run on those things. We did win the election," he said. "And therefore, I would argue that we have a strong mandate from Canadians to enact that which we promised to do."

Speaking on behalf of the Conservatives, critic Michelle Rempel said the legislation was "very poorly thought through" and lacked cohesive policy.

"This bill is a win for Zakaria Amara and not many other Canadians," she said, questioning the Liberals' "judgment when it comes to protecting the safety of Canadians."

There would be "many disappointed Canadians" at the new Liberal government's choice to make this one of its first bills, she said. 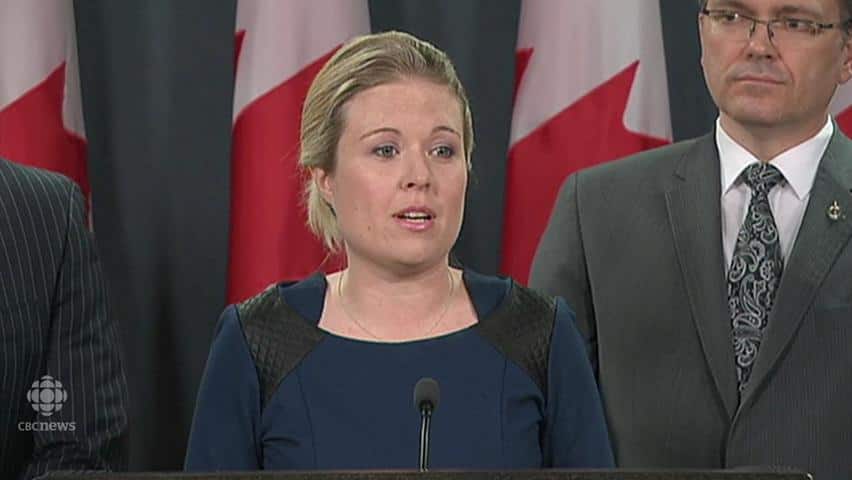 The new bill also reduces the time immigrants must spend in Canada before they can apply for citizenship and eases language requirements for new arrivals.

"We thought the Conservatives had erected a number of unnecessary barriers to becoming a citizen," McCallum said in an interview airing Thursday on CBC News Network's Power & Politics.

"The dumbest actually was taking away the 50 per cent credit for international students, because if there's any group in this country who would be good Canadians — they're educated, they know about this country, they speak English or French — it's them. So why punch them in the nose when we're trying to attract them here in competition with Australia, the U.K. and others?" The Citizenship Act currently requires applicants to be physically present in Canada for four of six years before applying for citizenship. The new bill would reduce that to three of five years.

The current act also requires immigrants between the ages of 14 and 64 to demonstrate a knowledge of English or French.

The Liberals are shrinking that age group. Under the proposed changes, applicants between the ages of 18 and 54 would be required to show language proficiency.

"There are many, many immigrants who come here without the Queen's English … or French... and yet they contribute to Canada, and their children will be bilingual and their grandchildren will be absolutely bilingual," he told host Rosemary Barton.

"I don't think it serves the greater good to restrict these older people …even though for the working age people we do believe that knowledge of English or French is important."

The current book is "a little heavy on the War of 1812 and barbaric cultural practices," he told reporters.

McCallum told Barton that the "average Canadian" doesn't think of these things first when they think of Canada. "They might say 'hockey.'"

With files from The Canadian Press and Janyce McGregor