U.S. President Donald Trump’s former national security adviser is casting doubt on reports that a deal is in the works between the U.S. Justice Department and representatives of Meng Wanzhou about a potential deal that would allow the Chinese telecom executive to return home.

U.S. President Donald Trump's former national security adviser is casting doubt on reports suggesting a deal is in the works between the U.S. Justice Department and representatives of Meng Wanzhou to allow the Chinese telecom executive to return home.

"It doesn't sound to me like it's a negotiation, it's anywhere close to a resolution," John Bolton told host Vassy Kapelos on CBC News Network's Power & Politics in an interview airing Tuesday.

"With the, honestly, limited amount of information we have, I'm not sure that this is a development. I'd wait by the phone to hear further progress."

Meng, the chief financial officer of Huawei Technologies Co., was detained in December 2018 while she was changing planes in Vancouver. She was arrested on a U.S. extradition request over allegations she lied to a Hong Kong banker in August 2013 about Huawei's control of a subsidiary accused of violating U.S. sanctions against Iran.

She has consistently denied the charges against her.

The deal, according to a report by the Wall Street Journal, would see Meng freed from Canadian custody in exchange for signing a deferred prosecution agreement that would require the Chinese executive to admit to criminal wrongdoing.

"It's unusual for this kind of agreement [to be signed] with respect to an individual," Bolton said. "What's called a deferred prosecution agreement is, to my knowledge, almost exclusively used for deals with corporations or business entities that play out over a sustained period of time."

Bolton said it's likely the story was leaked by someone acting on Meng's behalf and reflects a proposal made to the U.S. Department of Justice.

"The prosecutors are obligated to take any good-faith compromise proposal seriously," he said. "They don't have to accept it, but they have to show their own good faith in turn."

Shortly after Meng's arrest, Canadians Michael Kovrig and Michael Spavor were detained in China, where they remain in detention facing charges of spying for Canada.

Bolton said the detention of Canadian citizens on baseless accusations of espionage demonstrates that China is a "significant threat to the West as a whole" and that the regime will treat more countries in the same way as its power and influence grows. 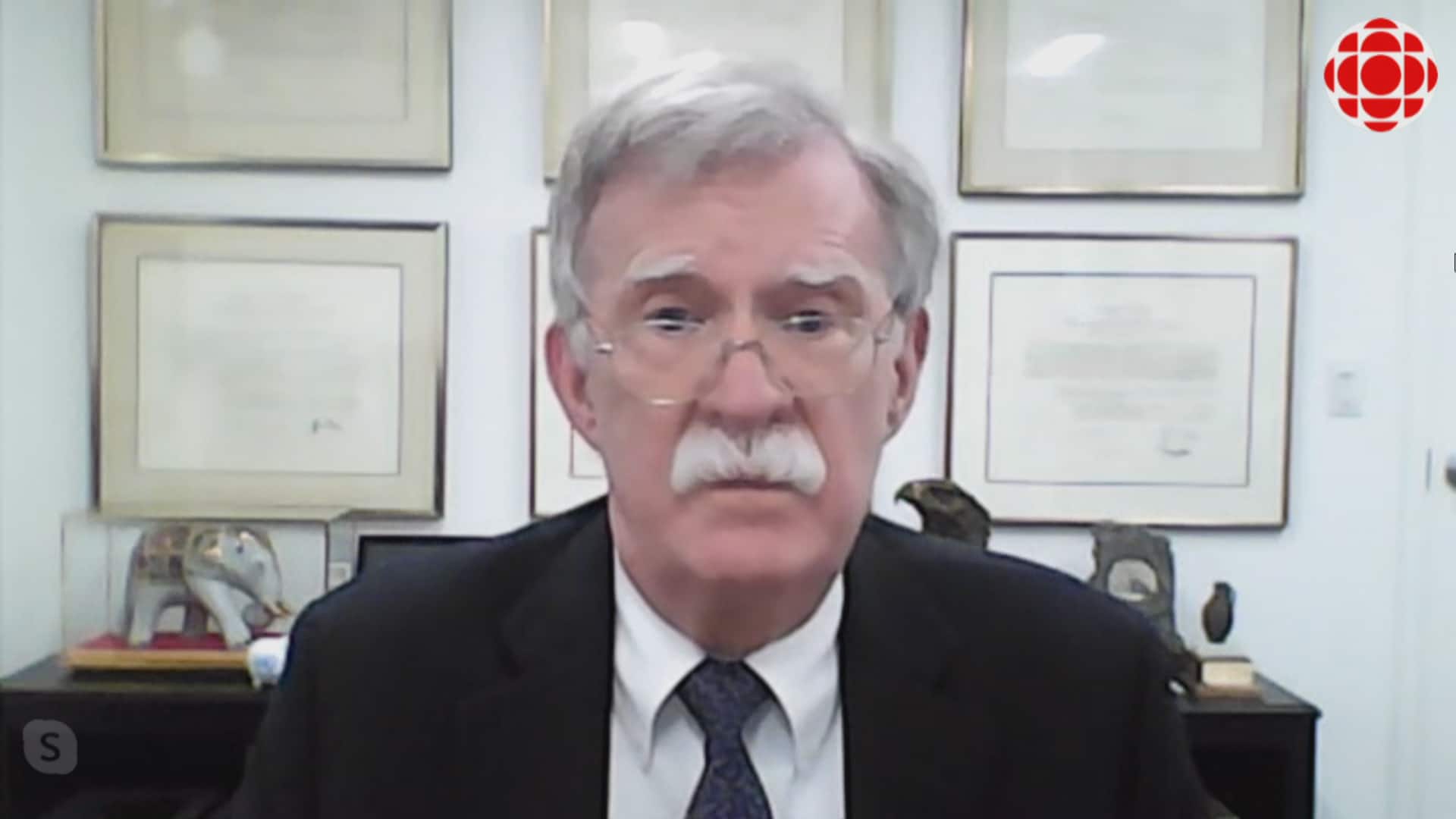 1 month agoVideo
9:07
"If this is the way China behaves before their power increases further in the world, imagine how it will behave after that," said former U.S. national security adviser John Bolton. 9:07

"I think the entire Chinese behaviour on this has been close to barbaric with Meng Wanzhou. There is no doubt there is a legitimate law enforcement issue here," he said.

China also has placed a number of trade hurdles in front of Canadian exporters since Meng's arrest — banning imports from two canola producers, tying up shipments over paperwork and putting unusual obstacles in the way of Canadian soybean and pea exporters.

Bolton dismissed the suggestion that Trump aggravated Beijing by floating the idea that Meng could be released as a part of trade discussions between the U.S. and China.

"I don't think there is any serious effort, at least before I left, for the administration to do anything with that remark," Bolton said. "I think it would have been inappropriate. It was certainly unhelpful when he said it.

"I think it gave people the wrong impression. It's not the way the Justice Department pursues such a case."

Meanwhile Canada's Ambassador to China Dominic Barton told a parliamentary committee that Kovrig and Spavor are coping well with their second year of imprisonment.

"They are both very healthy, physically and mentally," he said Tuesday evening by video conference. "I'm deeply inspired by their resilience and their mindset. Its incredible given what they are going through."

Barton also said that Chinese authorities, paranoid about COVID-19, denied consular access to the two men from January to November.

He was granted on-site virtual consular access in November, following similar virtual visits with the two Canadians a month earlier.

Barton offered the update in testimony Thursday night before the House of Commons special committee on Canada-China relations.