Should John A. Macdonald's name be removed from schools? It is at least a question worth asking

It is easy to complain about "political correctness" or warn of a slippery slope. It is harder to work through why someone should get a statue in their likeness or their name on a school.

Confronting the good and the bad of Canada's first prime minister

For all that might seem to differentiate Canada from the United States at this particular moment, in one regard our political debates have converged this summer.

"Who's next, Washington, Jefferson?" Donald Trump tweeted on the morning of August 17, referring to George Washington and Thomas Jefferson, the first and third presidents of the United States, both of whom owned slaves. The target of Trump's ire was the removal of statues for Confederate leaders Robert E. Lee and Stonewall Jackson.

Rename schools and buildings named after Sir John A. Macdonald, in recognition of his central role as the architect of genocide against Indigenous Peoples.- Elementary Teachers Federation of Ontario motion

Coincidentally, on that same day, a majority of delegates to the annual general meeting of the Elementary Teachers Federation of Ontario agreed that the name of Canada's first prime minister should be removed from Ontario's public schools.

According to the motion, the union calls upon school districts "to examine and rename schools and buildings named after Sir John A. Macdonald, in recognition of his central role as the architect of genocide against Indigenous Peoples."

John Baird, the former Conservative minister whose government renamed a parkway and a historic building in Ottawa after Macdonald, denounced the motion as "one of the most crazy and ridiculous things" he'd ever heard, and an attempt "to erase Canadian history in the guise of an extreme and radical political correctness."

Baird also didn't support the Trudeau government's decision to remove the name of Hector Langevin from the building that houses the Prime Minister's Office.

(As foreign affairs minister, Baird reportedly had the name of the Lester B. Pearson Building, where his office was located, removed from his business card.)

It is easy to complain about "political correctness" or warn of a slippery slope.

It is harder to work through why someone should get a statue in their likeness or their name on a school.

The measure of Lee, Washington, Langevin and Macdonald

In a way, the Americans actually have it easier. It is relatively simple to draw a line that distinguishes Washington from Lee.

Lee's commemoration follows from the fact he was the general of the Confederate Army, a force that fought to preserve the slavery and oppression of black Americans. Washington, however flawed, was the leading force in the creation of the United States of America.

When Washington is celebrated, it is presumably for that role in American history.

It is surely for the same reasons that Macdonald's name is on various things, including a mountain: he led the country into existence, held it together in its formative years, and built a railway to the west coast. He is, in the poetic words of Richard Gwyn, the "man who made us."

That record distinguishes Macdonald from Langevin, who, while a father of Confederation, was not nearly the figure that Macdonald was.

But whereas Langevin's link to residential schools actually might be rather tenuous, Macdonald's central responsibility is not disputed.

And Macdonald's heirs and supporters also must (or should) grapple with other elements of his record: the starving of Indigenous Peoples on the plains, the Indian Act, the hanging of Louis Riel.

If there is anything good about Canada in 2017, Macdonald can rightfully be credited with great responsibility. But he can also be blamed, at least in part, for the country's dysfunctional relationship with its Indigenous members.

Defending and condemning John A.

As an assimilationist, Macdonald is said to have been in line with the thinking of his time. "Regardless of whom you look at — non-Aboriginal politicians, religious leaders, writers, educators — the consensus is near-universal: assimilation was necessary, they must become like us," says Donald Smith, historian at the University of Calgary who has written about Macdonald's relationship with Indigenous Peoples.

Related to that is an argument that Macdonald should not be judged by current standards. "Macdonald — and all his successors until the 1970s — pursued all sorts of policies that were wrong, but they can be explained in the context of their times," says Patrice Dutil, a historian at Ryerson University.

Gwyn, Macdonald's most recent biographer, has noted the Liberal opposition "incessantly criticized" Macdonald for giving food to Indigenous people, "arguing it would turn them into permanent dependents of the government."

Smith and Dutil both oppose removing Macdonald's name from schools. (For that matter, Dutil argues there should be more things named after John A.) And they are joined by Ontario Premier Kathleen Wynne.

But Chief Isadore Day, regional chief for Ontario, says ETFO's motion is "a significant moment in terms of acknowledging the fact that Canada's first prime minister practiced genocide against our peoples."

Many Canadians may oppose removing Macdonald's name, he says, but "if they were taught the real history of how First Nations were treated by both Conservative and Liberal governments, they would have a better understanding." 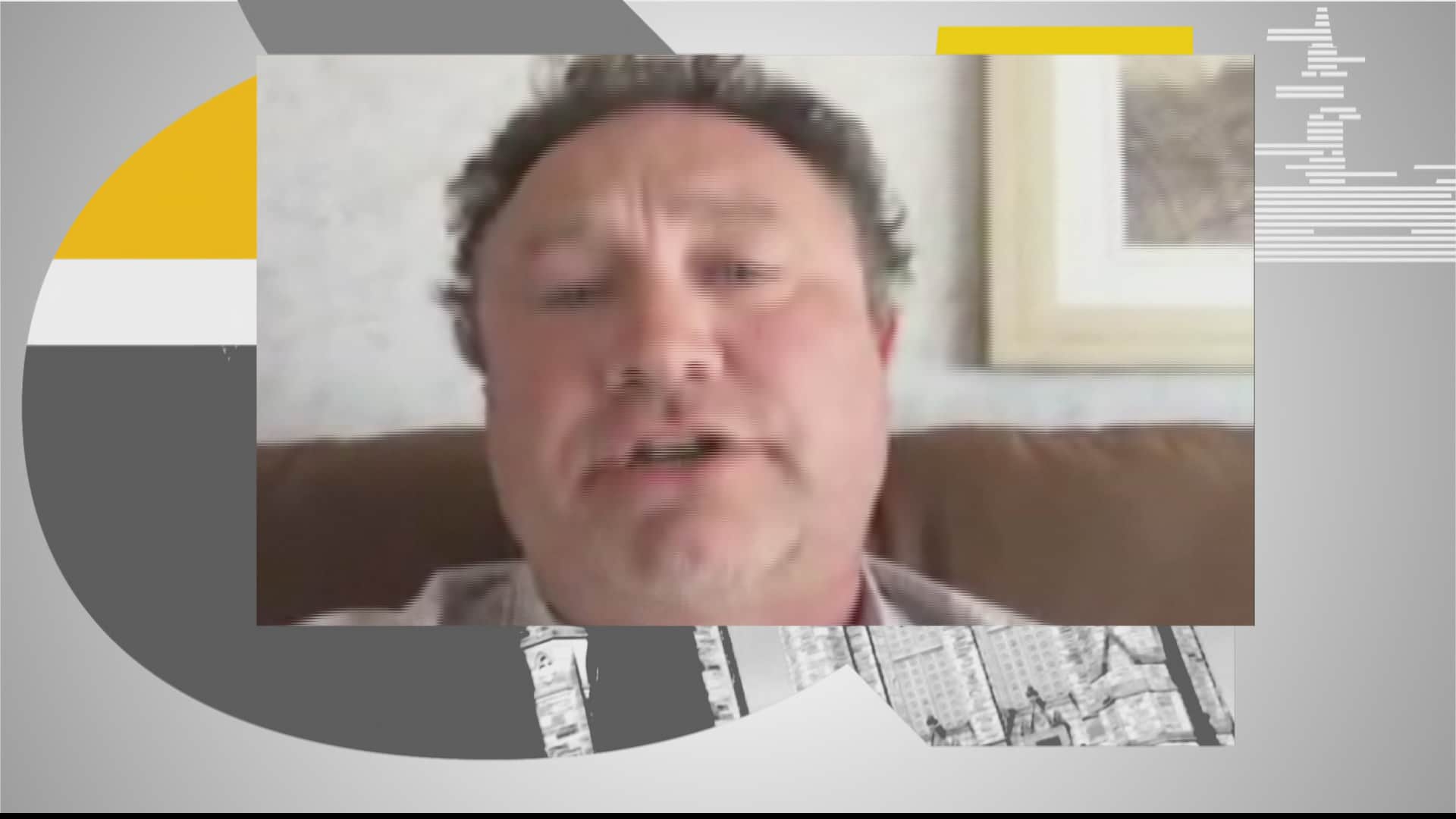 When a proposal for a statue of Macdonald at Wilfrid Laurier University sparked controversy two years ago, Smith wrote that the university might next consider the policies of its namesake. Smith now suggests we might think about how current leaders will be judged.

"Past actions must be examined with the care and understanding we hope our actions — on the environment, for example — will be looked at half a century from now," he says.

Day suggests maybe we should just stop naming things for people. "Perhaps we shouldn't be elevating people to that stature," he says.

The merits of debating Macdonald's legacy

Can it be argued that Macdonald's good outweighs his bad? Yes. But the bad was formidable, and lasting.

Is there something particular about the naming of a school? Perhaps. National Chief Perry Bellegarde, of the Assembly of First Nations, wonders how an Indigenous student should feel about attending John A. Macdonald public school.

Could there be some kind of compromise? James Daschuk, who wrote an award-winning book about the treatment of Indigenous Peoples on the plains, wonders if a plaque at school sites could deal with Macdonald's full record — similar to how the gravesites of significant figures in the establishment of residential schools have been altered.

In Ottawa, the airport, a bridge and the highway out of town are named for both Macdonald and George-Étienne Cartier, the co-premiers of the province of Canada. Perhaps some sharing of recognition is possible here.

"At the very least, the motion challenges school boards — and Canadians — to think of who 'we' are naming our schools [and] bridges after," he says.

While Dutil opposes the idea, he sees a "teachable moment" (and is willing to debate the motion's sponsor).

Daschuk, who says he is ambivalent about renaming schools, similarly thinks local communities should invite experts to speak and host discussions on the topic.

"The fact that we're even talking about and having, hopefully, a serious debate about the impact of Macdonald's policies and how we should commemorate him, I think is a good thing," Daschuk says. "No matter where you end up, as long as you think about the other side and rationally go through this."

That view suggests the cause of reconciliation could be somehow advanced here, even if John A.'s name remains.

And that might contrast with the United States, where this summer has sometimes seemed to only symbolize a country still fighting along its foundational divisions.