Finance Minister Jim Flaherty says his budget to be tabled Tuesday will include targeted measures to promote job creation and protect consumers' spending power. After years of spending cuts and austerity, Flaherty isn't about to yank open the purse strings, but in a one-on-one interview with CBC News' Chris Hall he reveals a few of his priorities. 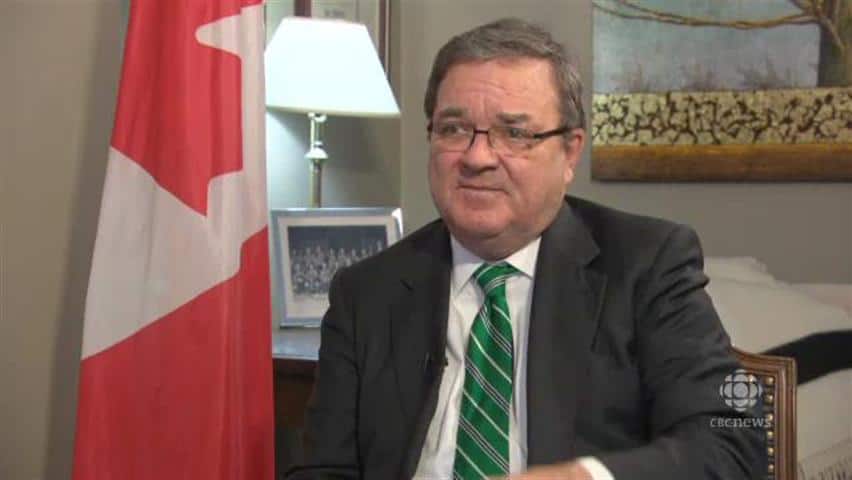 7 years agoVideo
14:55
Finance Minister Jim Flaherty sits down with the CBC's Chris Hall to discuss his Tuesday budget, his longevity at Finance and his health. 14:55

After years of spending cuts and austerity, Flaherty isn't about to yank open the purse strings. But in a one-on-one pre-budget interview with CBC News, the finance minister says tackling youth unemployment is a priority.

"And I agree with those who suggest there is a challenge for young people getting the first job, even (the) well-educated, well-skilled. So, we need to try to help and we will," he said.

The Conservatives routinely roll out the claim that "a million net news jobs have been created" since 2008, when the global recession rolled over country after country.

Watch CBC's The National tonight for Chris Hall's feature interview with Finance Minister Jim Flaherty, and return to CBCnews.ca after 9 p.m. ET for additional video from the interview.

CBCnews.ca and CBC News Network will have complete coverage of Budget 2014 on Tuesday, starting at 3 p.m. ET.

But recent employment figures suggest the job market is softening. Statistics Canada figures for January showed the Canadian economy gained 29,400 jobs and the unemployment rate dipped slightly to 7 per cent.

And with the youth unemployment rate stubbornly stuck in the double-digits, Flaherty is expected to include money for internships and apprenticeships on Tuesday.

Both the Liberals and New Democrats have seized on the sluggish job numbers as part of a concerted effort to woo middle-class voters away from the Conservatives.

They say the middle class is being squeezed by rising prices on one hand, and stagnant incomes on the other.

Flaherty insists the middle class is better off today. Even so, he says the budget on Tuesday will continue the government’s consumer-first agenda set out in the throne speech last fall, including hidden fees on credit and debit cards and lowering cellphone roaming costs.

"The consumer part comes in mainly through things that Canadians experience in their everyday lives," he said. "It outrages a lot of people, including me, when I see the bills and when I see my son's bills.

"These are day-to-day things, but they matter and they drive up expenses for Canadians. They're not necessary so that's why we're taking action in certain areas like that."

Add to that a plan to expand high-speed internet service for households and businesses in rural and remote areas, which will get at least a renewed commitment, if not firm details, on Tuesday.

The throne speech also said Canadians shouldn’t have to pay more for identical goods that sell for less in the United States.

"It's still a priority," Flaherty said in the interview. "And it's dealt with in the budget."

On Friday, Flaherty signalled that another Conservative concern, tightening the rules for charities to curb money-laundering to foreign terrorist organizations, would be dealt with on Tuesday as well.

Flaherty also shrugged off criticism that he strayed too far into the Bank of Canada's domain by publicly suggesting there’s pressure on Canada to raise interest rates, and that the dollar’s fall to around 90 cents (U.S.) is good for Canadian manufacturing.

"Everyone's entitled to their view, but I have been here a long time… and when I see certain things happen that are contrary to what we’re trying to accomplish I think it's actually my duty on the part of Canadians, not to go past the law or whatever, to fix interest rates, but to nudge a bit in the right direction."