Mexico's point man on the new North American free-trade agreement says concerns raised by U.S. Democrats "are very valid" but not insurmountable as the three sides inch closer to taking the deal over the final hurdle.

Mexico's point man on the new North American free-trade agreement says concerns raised by U.S. Democrats "are very valid" but not insurmountable as the three sides inch closer to taking the deal over the final hurdle.

Jesús Seade, chief Mexican negotiator on the Canada-U.S.-Mexico Agreement (CUSMA), met with both Prime Minister Justin Trudeau and Deputy Prime Minister Chrystia Freeland in Ottawa Friday to brief them on the progress of bilateral negotiations between Mexico and the U.S.

"I think we are almost there," Seade told reporters between the meetings, suggesting some changes could be finalized in "maybe days ... maybe sometime in the next week" or within the next three weeks — before the U.S. Congress heads out for its holiday break.

Seade said the discussions have moved beyond proposals for reform to reviewing specific language that could fix some of the concerns that have emerged in the year since CUSMA — or USMCA, as the Americans call it — was signed.

At a press conference following the meetings, the changes will be formalized through what Seade called a "protocol of additions and amendments" — additional documents that will be signed and approved on top of the existing deal, rather than re-opening and amending the text that was signed a year ago.

All three countries signed the renegotiated deal last year, but it has to be ratified by their separate legislatures before it takes full effect.

Mexico already has ratified the deal and Canada has said it's prepared to do so in lockstep with the Americans. But the deal has stalled in U.S. Congress, where Democrats have been pushing for stricter enforcement measures on the deal's labour and environmental standards.

The American labour movement fears U.S. jobs will continue to head south if Mexico doesn't raise wages and bring in collective bargaining in a timely manner.

"Many of the issues raised by the Democrats are very valid and what is coming out of it will be very good. I don't want to speculate now — we still have to cross the finish line," Seade said during brief remarks in Trudeau's office. "But good things." 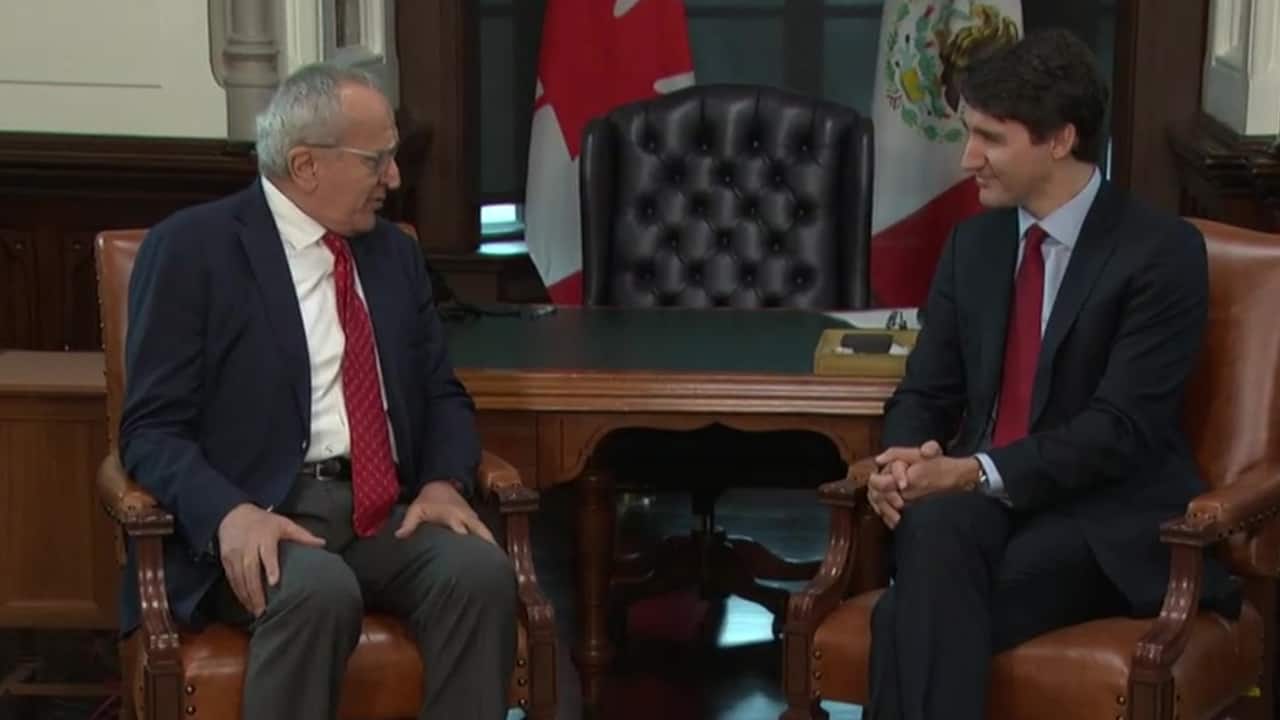 1 year ago
0:39
Prime Minister Trudeau met with Jesús Seade, chief Mexican negotiator on the Canada-U.S.-Mexico Agreement (CUSMA) today in Ottawa. The new deal was signed last year, but it has yet to be ratified. 0:39

U.S. Democrats wanted to see more inspections to enforce NAFTA standards, along with meaningful penalties — or even the re-application of tariffs on goods manufactured by companies that don't comply. But Mexicans bristled at some of the American suggestions about how the deal should be implemented in their jurisdiction.

Seade reiterated Mexico's opposition to what he provocatively called "Lone Ranger inspectors" from the U.S. being called in to survey Mexican factories.

"We have done everything we should be doing conducive to enforcement," Seade told Power and Politics host Vassy Kapelos on Friday.

Some of the additional changes under consideration include reforming the dispute resolution process to prevent any one country from blocking the formation of arbitration panels when disputes arise over compliance with CUSMA. 1 year ago
7:05
Mexican Undersecretary for North America Jesus Seade discusses the latest on getting the new NAFTA over the finish line. 7:05

So-called "panel blocking" emerged as a problem in the original NAFTA and remained a potential problem in the dispute resolution chapter that was renegotiated in 2018.

"The dispute settlement system is unreliable," said Seade. "If you want an action against me, I can block it and say it's political … We are fixing it 100 per cent."

These will apply to all chapters of the agreement, not just the labour provisions, Seade said.

The added text is also expected to address concerns that the deal's longer data protections for biologic drugs could tie the hands of future governments who may wish to negotiate lower drug prices.

These drugs are some of the most costly ones on the market and are used to treat a range of diseases, including many cancers, arthritis and multiple sclerosis.

CUSMA extended the protection period up to 10 years from eight, which will allow American drug companies to sell their biologics in Canada and Mexico for a full decade, delaying the entry of cheaper generics by two years.

Seade alluded to a possible softening of the American position on this, saying there could be "an adjustment amicable to the Canadian and the Mexican position."

American officials had set the U.S. Thanksgiving holiday as a deadline for concluding talks between Congressional Democrats and the Trump administration, so the other two countries could be brought in to approve proposed changes and put the deal in front of Congress before Christmas.