Jason Kenney will resign as MP in October, not soon enough for taxpayer group

The fiscal watchdog organization that Jason Kenney once led is calling on the Calgary MP to give up his perks and pay while he seeks the leadership of the Alberta Progressive Conservatives before he resigns in October. 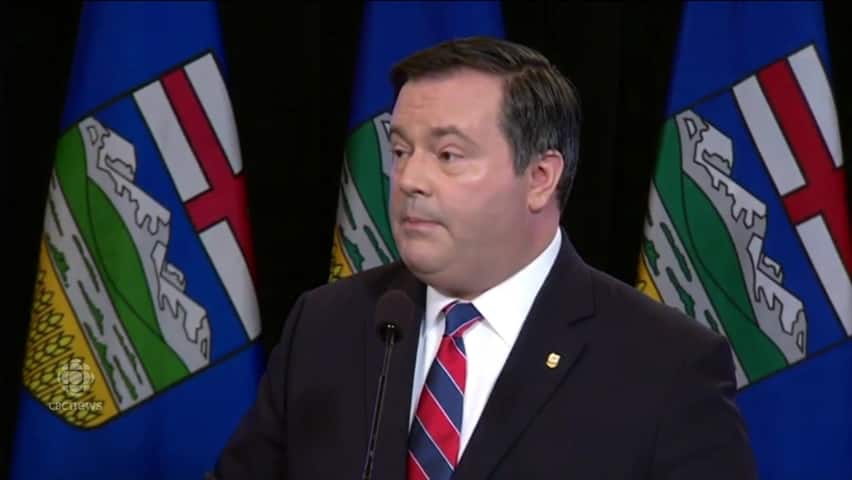 Kenney says he won't resign his seat until October

The fiscal watchdog organization that Jason Kenney once led is calling on the Calgary MP to give up his perks and pay while he seeks the leadership of the Alberta Progressive Conservatives.

Kenney confirmed he would resign as MP for Calgary Midnapore in October, just as the election for a new Progressive Conservative leader gets underway.

"I only decided to do this in the past couple of weeks. I have a lot of things I'd like to finish in Ottawa. I'd also like to be in the House to say farewell to colleagues," he said.

But it's not soon enough for some.

The Canadian Taxpayers Federation, which Kenney led in the 1990s, says its position on Kenney is the same as it is for all politicians who are seeking office at another level — they should take an unpaid leave of absence.

"Politicians are elected, and paid, to do a job. If they are not doing that job, they shouldn't be getting paid for it," said Aaron Wudrick, a director with the federation.

Kenney launched his leadership bid on Wednesday in Calgary, declaring his plan to unite the Alberta PCs with the Wildrose Party to solidify the right and defeat Alberta's NDP government.

"I'm not hedging my bets. I will be leaving my seat in Parliament. … For me there's no going back," Kenney said.

When pressed to explain why he won't resign this summer, Kenney said he still wants to represent Albertans on energy issues when the House resumes in September.

In an interview with Power & Politics on Thursday, Kenney brushed aside concerns that because some perceive him as a social conservative, he would have difficulty leading the Alberta PCs, a party with a strong progressive history.

"I describe myself as an unhyphenated conservative," Kenney told host Rosemary Barton.

"We just had our national Conservative convention in Vancouver of 3,000 delegates, several hundred from Alberta, a good number of whom were provincial PCs, provincial Alberta Wildrosers and neither. And I'll tell you, we are all operating out of the Conservative Party of Canada banner."

Kenney said federal Conservative Leader Rona Ambrose has "basically the same voting record" as he does on social issues.

He also said because a conservative coalition worked at the federal level, after the Canadian Alliance and federal PCs united, it was only a matter of "replicating" that success in Alberta. 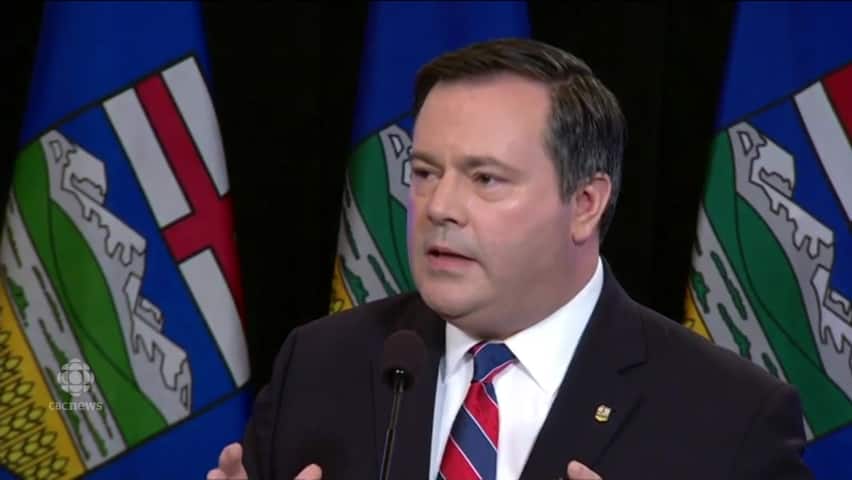 Kenney says he is leading an unconventional campaign

5 years ago
1:11
Kenney says he is leading an unconventional campaign 1:11

No requirement to give up salary

There is no requirement for Kenney to step down or take leave. And there is recent precedent for a member of Parliament staying in office while campaigning for a provincial leadership.

In September 2014, former Conservative MP Patrick Brown announced he would seek the Ontario PC leadership. But Brown didn't resign his seat in the House of Commons until May 2015, after he won the leadership.

"It's not appropriate for taxpayers to be paying for someone to campaign for a different job," said Wudrick.

MPs make a salary of $170,000, plus have a staff, office and travel budget all paid for by taxpayers.

"We will only receive contributions into that fund that come from individual residents of Alberta, not from corporations," he said.