The plan is part of a shift away from a system that critics say favours the apprehension of children — taking at-risk kids away from their parents — rather than one that focuses on preventing family problems in the first place.

To that end, Philpott said one part of her plan will be directing bureaucrats to change the programming focus to prevention and early intervention. 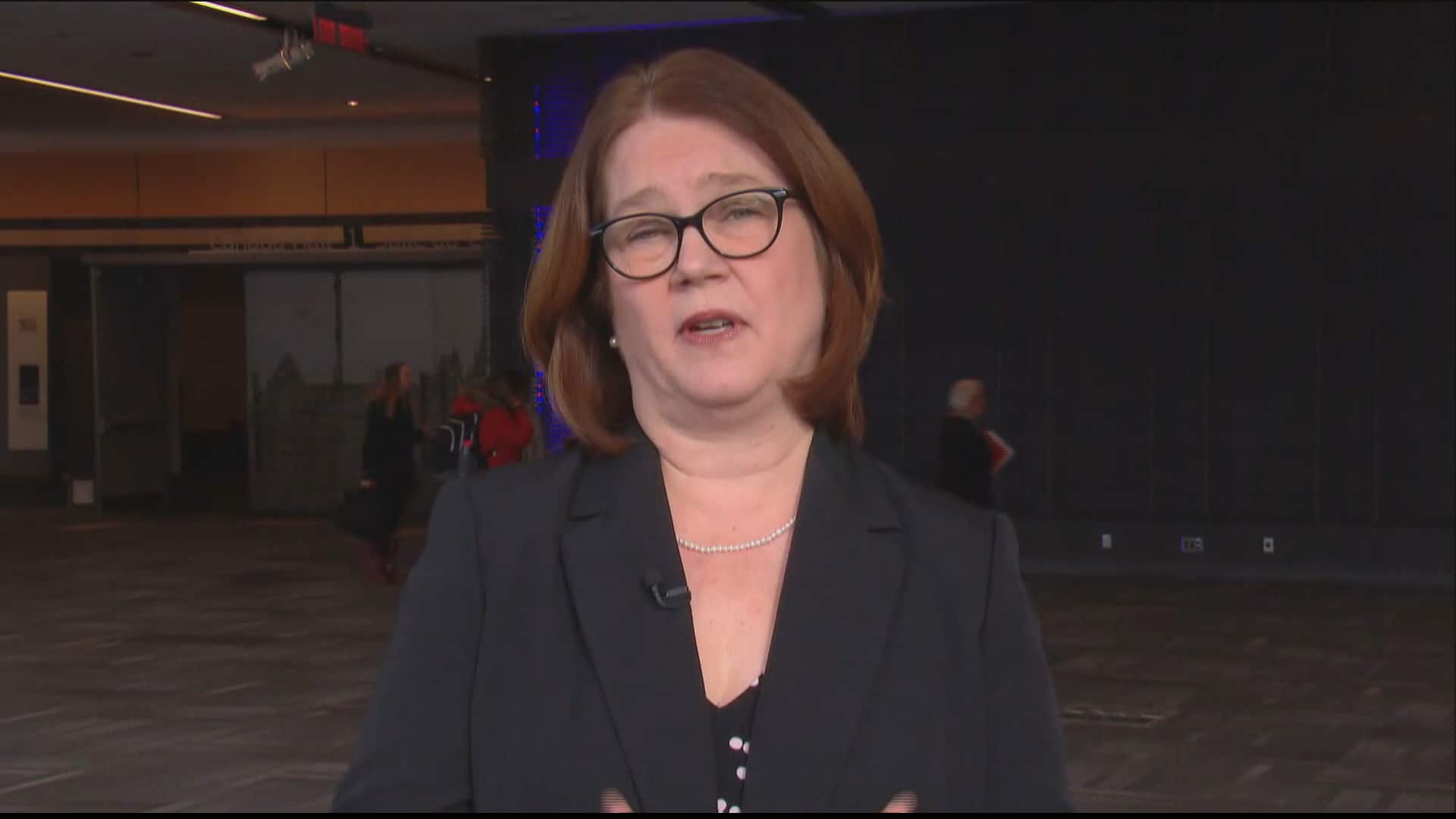 Programs for teen parents, rehabilitative family services, substance abuse treatment, warnings about fetal alcohol syndrome and other education campaigns are just some of the prevention programs used in some jurisdictions.

"Unfortunately, many children are removed from their homes when they could have remained at home if more prevention services were available," Philpott said in a speech to those assembled at the summit.

"We must find ways for the removal of children in such extraordinary numbers to be stopped. Effective approaches to family reunification should be expanded. Children should remain with their families and their kin whenever it is humanly possible."

These families are broken, my friends.- David Chartrand

But, as federal funding is currently structured, dollars are often tied to just how many kids are in state care which some believe turns these young people into "commodities."

Philpott acknowledged Thursday such a system is "perverse."

David Chartrand, the president of the Manitoba Métis Federation, welcomed the shift in federal policy and said money needs to flow now to stem the tide of Indigenous children taken by authorities.

"If we're going to do anything about it we better damn well start finding the solutions today. We're one of the richest countries in the world and yet here we are still trying to figure out, 'How do we find prevention money.?' We need to start working with these families because their children should never be taken," he said.

"We need to put pressure on ... the big money chief, the finance minister, to make sure there's adequate resources to end the discrimination. That's one piece in this puzzle. Provincial governments ... that system too needs work because we've got 40,000 kids in care," Assembly of First Nations (AFN) National Chief Perry Bellegarde added.

But it's not just cash that's needed, Chartrand said, or other government supports.

While less than eight per cent of all Canadian children aged four and under are Indigenous, they accounted for 51.2 per cent of preschoolers in foster care in 2016.

Philpott also vowed to fully implement all of the legal orders from the Canadian Human Rights Tribunal (CHRT), namely spending more to improve the quality of care and end racial discrimination in funding choices. After the 2016 landmark ruling was handed down, advocates said at least $155-million needed to be spent immediately to end years of underfunding.

Budget 2016 provided some $635 million over five years in new funding for child welfare services, but most of that money is back-loaded to 2019, and 2020, a year after the next scheduled election. $71.1 million in new funds flowed in 2016-17 and $99 million will follow in this fiscal year.

Indigenous-Crown Relations Minister Carolyn Bennett, who, until August 2017, oversaw the child welfare system, was reluctant to invest more money into a broken system in desperate need of reform.

Philpott also suggested federal legislation could soon come to codify changes. As it stands, federal funding is largely based on a deal the government signed with Ontario in 1965. The cost-sharing funding formula reached in that deal has been applied in other jurisdictions, with the federal government footing the bill for on-reserve First Nations children in care while provinces chip in for Indigenous children in urban areas.

"Many have noted that the U.S. has done better than we have on reforming child welfare for Indigenous peoples — in part due to federal legislation," Philpott said, adding Indian tribal courts have exclusive control over custody proceedings and the placement of children.