A Conservative bid to remove the "Islamophobia" reference from the text to condemn religious discrimination is a "cynical" attempt to serve political purposes, says Canadian Heritage Minister Mélanie Joly.

A Conservative bid to remove the "Islamophobia" reference from the text to condemn religious discrimination is a "cynical" attempt to serve political purposes, Canada's heritage minister said today.

"If we choose not to talk about it, it doesn't just go away," Mélanie Joly said in rejecting what she called a weakened, watered-down motion.

The Liberal minister spoke at a media availability in Ottawa, the morning after MPs began debate on M-103, a motion tabled by Mississauga, Ont., Liberal MP Iqra Khalid in December 2016.

It calls on the government to "recognize the need to quell the increasing public climate of hate and fear."

Saskatchewan Conservative MP David Anderson argued the word Islamophobia is undefined in M-103, and there is no consensus on what it means. Including the word has led to widespread confusion and fears about its impact on freedom of speech, he said.

His motion to counter M-103 removes the reference to Islamophobia and instead calls on government to "condemn all forms of systemic racism, religious intolerance and discrimination of Muslims, Jews, Christians, Sikhs, Hindus and other religious communities."

But Joly said there has been a rise in hate crimes against Muslims, and the motion must specifically mention Islamophobia. She rejected claims the term is vague and undefined. 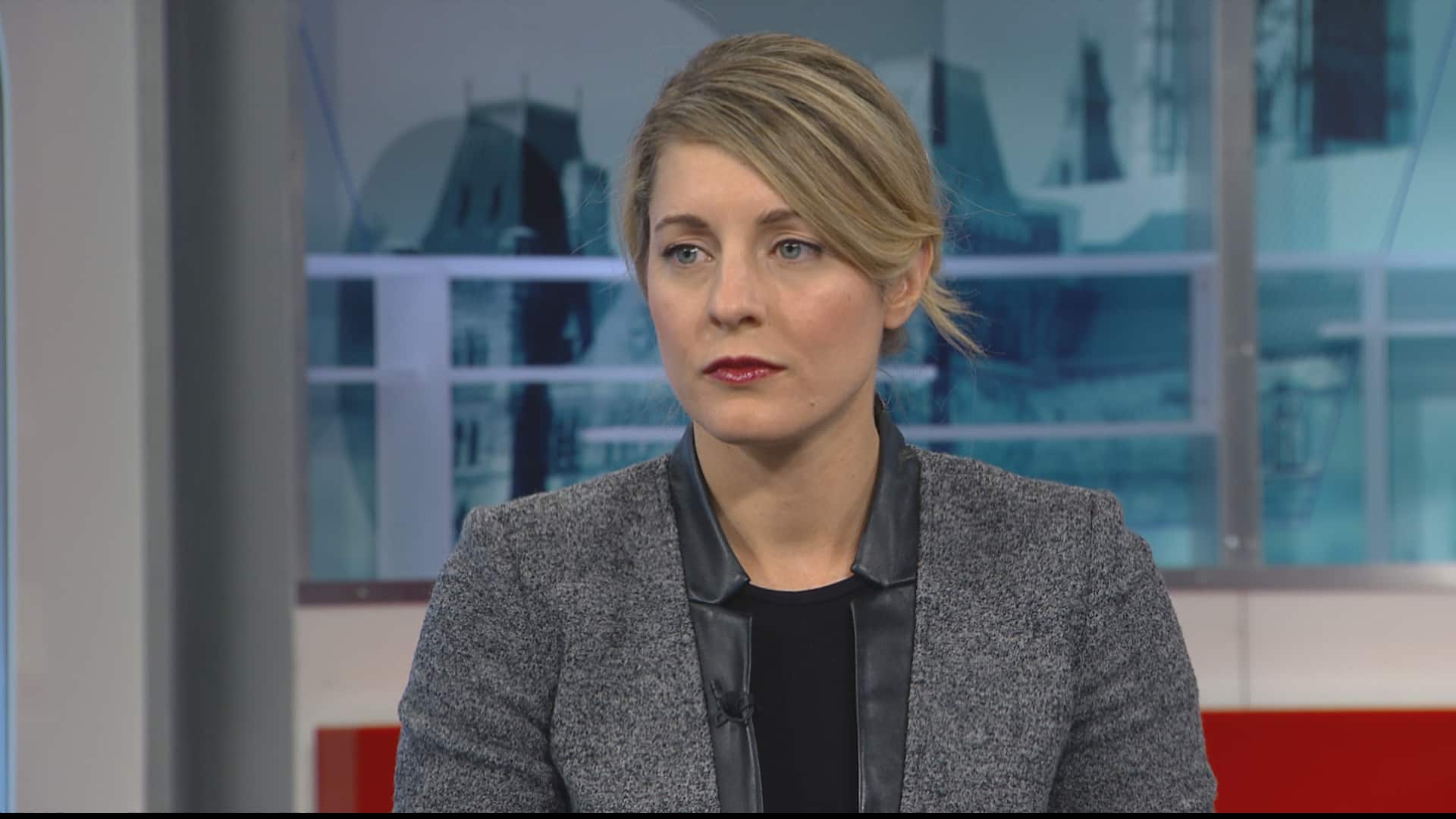 "Islamophobia is clear. It's a discrimination against Muslims, people of Muslim faith, and it's a term we can't be afraid to use," she said.

Joly accused the Conservatives of using the motion to score political points, and said by refusing to use the term Islamophobia they are "contributing to the problem."

"The Conservatives have brought this motion forward in a cynical attempt to serve their political purposes and avoid addressing the real issue concerning Islamophobia," she said.

When did condemning Islamophobia become controversial in Canada? <a href="https://t.co/PCCLQDh48l">pic.twitter.com/PCCLQDh48l</a>

M-103 has generated much controversy on social media and through online petitions, with some erroneously calling it a "law" or a "bill" rather than a non-binding motion. Some have raised concerns that it could lead Canada on a path to Shariah law.

Kicking off the debate on the opposition day motion, Anderson said this is an exciting opportunity and challenge to tackle the issues around religious freedom in Canada, and that the committee could look at the role of the judiciary and educational institutions.

"We really need to get some of these issues resolved before this becomes the order of the day," he said.

Conservative leadership contender Erin O'Toole said while he's concerned the debate has been politicized, it is good to have a healthy open debate in a country where free speech is embraced.

But he cautioned that people with concerns about M-103 and including the word Islamophobia should not be labelled bigots.

"Is it not fair to say there may be some concern around the term, and that that does not then mean people are xenophobic or racist?" he said.

NDP immigration critic Jenny Kwan said she supports both motions, because they achieve the same objective of condemning systemic racism and religious persecution. She called it "disheartening" that the Liberals and Conservatives were engaging in political gamesmanship over such a critical issue. 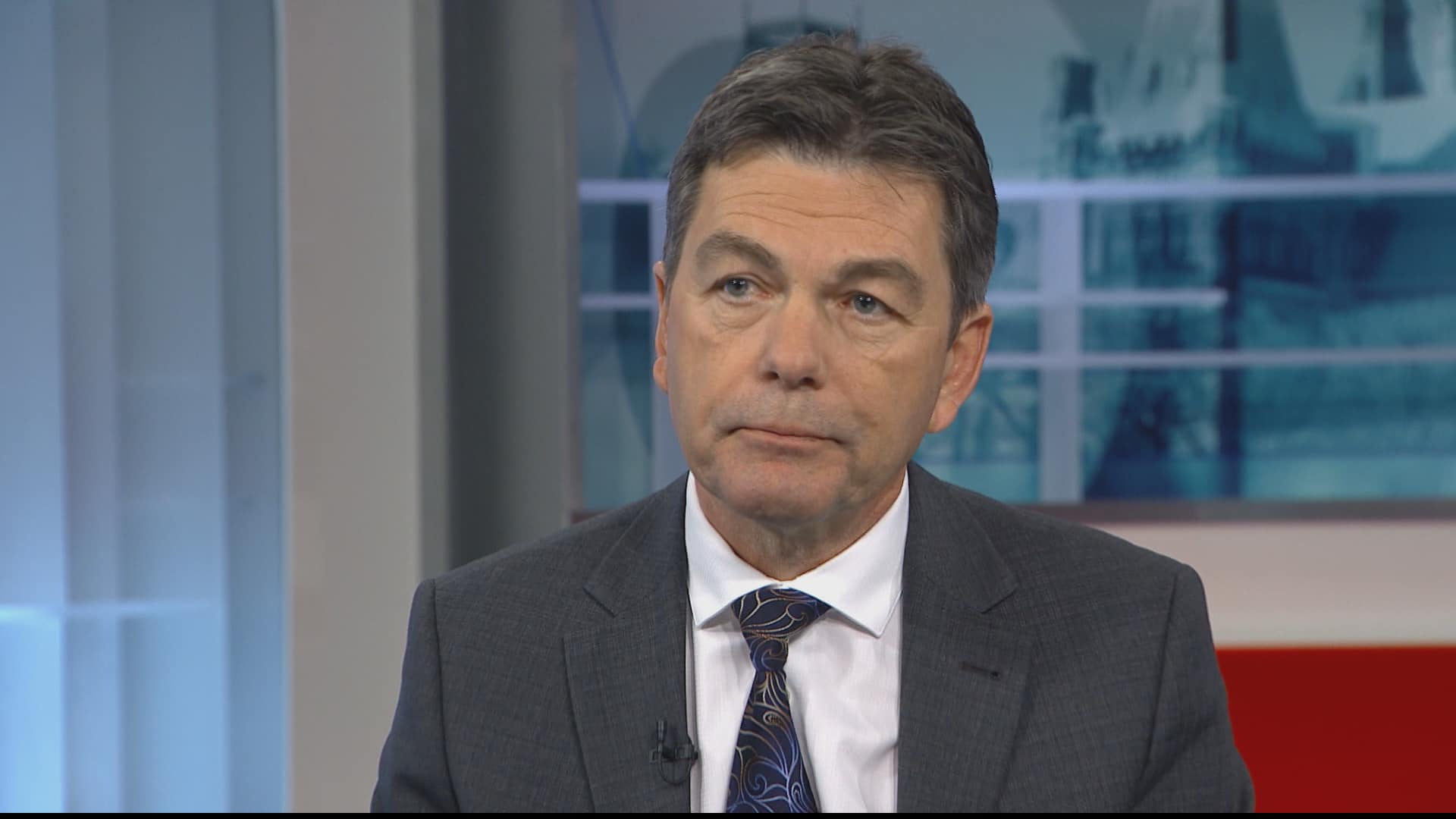 Kwan also suggested the committee's study specifically track the rise of racist incidents in the wake of U.S. President Donald Trump's election, suggesting he has fuelled and galvanized those with hateful views. And she repeated calls for Prime Minister Justin Trudeau to speak out against Trump's "racist policies."

"At the heart of both M-103 and this motion is that the Canadian government needs to recognize the need to quell the increasing public climate of hate and fear, and to condemn all forms of systemic racism and religious discrimination," she said.

"That also means the prime minister must muster up the courage and stand up against Donald Trump's racist immigration policies."

Protesters have demonstrated against Trump's executive orders to suspend the intake of refugees and bar entry to citizens of seven Muslim majority countries, a travel ban which has been temporarily halted by court orders.