'Canada does not engage in death squads,' while allies actively hunt down their own foreign fighters

Countries like the U.S., U.K., France, and Australia have adopted a policy of killing their citizens who have gone to Syria and Iraq to join ISIS. But Canadians who join the militant group have so far had little to fear from their own government, either at home or abroad.

Government estimates more than 200 Canadians have been 'terrorist travellers'

Even the interviewer seemed surprised at the answer Rory Stewart, the U.K. minister of international development, gave about how Britain should deal with citizens who chose to leave the country to join ISIS.

"I'm afraid we have to be serious about the fact these people are a serious danger to us, and unfortunately the only way of dealing with them will be, in almost every case, to kill them," Stewart told BBC Radio's John Pienaar last month.

Stewart, a former diplomat, continued: "These are people who are executing people … who have held women and children hostage, who are torturing and murdering, trying, by violence, to impose their will. Our response has to be, when somebody does that, I'm afraid, to deal with that."

Those words may sound chilling, but they reflect a country that's suffered several brutal jihadi attacks in recent years, and sees jihadi returnees as a threat. Other countries have come to the same conclusion.

But Canadians who join the militant group have so far had little to fear from their own government, either at home or abroad.

The British government has co-operated with the U.S. on drone strikes that killed two of Britain's most notorious ISIS members: Mohammed Emwazi (aka Jihadi John) and Junaid Hussain.

The Sunday Times reports that Britain's Special Air Service, SAS, has been given a "kill list" of British jihadis, including  notorious ISIS recruiter and convert Sally Jones, and a dozen others with British university degrees in technical fields such as electronics.

Brett McGurk, former U.S. president Barack Obama's special envoy for the fight against ISIS, who retains his post under Donald Trump, stated it explicitly on a recent visit to Syria. "Our mission is to make sure that any foreign fighter who is here, who joined ISIS from a foreign country and came into Syria, that they will die here in Syria."

"They're not just talking about it," said Christian Leuprecht, an expert on terrorism and security at Royal Military College in Kingston, Ont. "Australia is another country that's taken the same approach — that they would prefer that those individuals who've been identified as foreign fighters not return home."

France, too, is working to eradicate its jihadis overseas. A Wall Street Journal investigation published in May quoted French and Iraqi officials describing French special forces co-operating with Iraqi units to hunt down and kill French jihadis.

But Canada is taking a different approach.

"With the battlefield activity winding down, there is a very real question about where the foreign fighters go, and all of our allies, whether they're in the Five Eyes or the G7, we've all agreed to collaborate very carefully."

Goodale said anyone who poses a terrorist risk, homegrown or from elsewhere, is viewed "with the greatest of seriousness" by Canada's intelligence, security and police agencies. 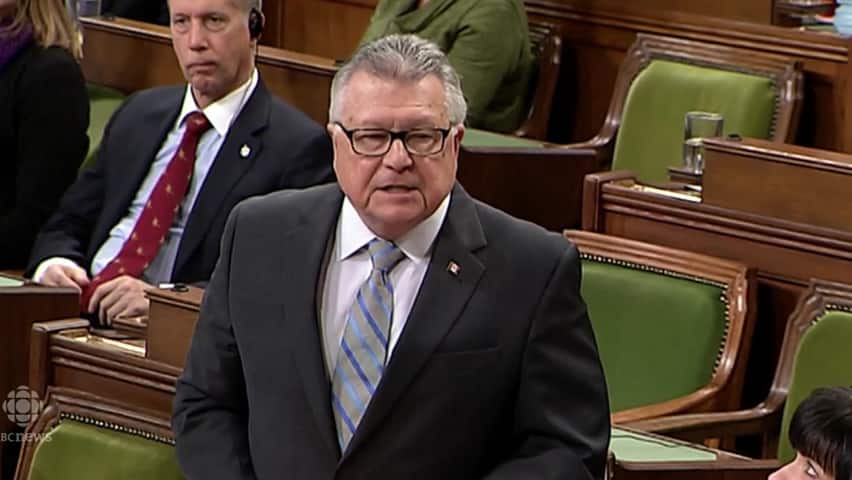 3 years ago
2:07
After repeated questions to PM Justin Trudeau and his Public Safety Minister, Ralph Goodale confirms there are at least 60 former ISIS fighters being watched. 2:07

"Returning foreign terrorist travellers and their families, specifically women and children, require the appropriate disengagement and reintegration support," he wrote in an email to CBC News

"We will make sure that we put every type of resource into place so Canadians are well protected," he told a crowd at the Halifax International Security Forum on Friday.

At the end of 2015, the government said it was aware of about 180 individuals "with a nexus to Canada" who had travelled overseas to join such groups, and of another 60 who had returned to Canada. 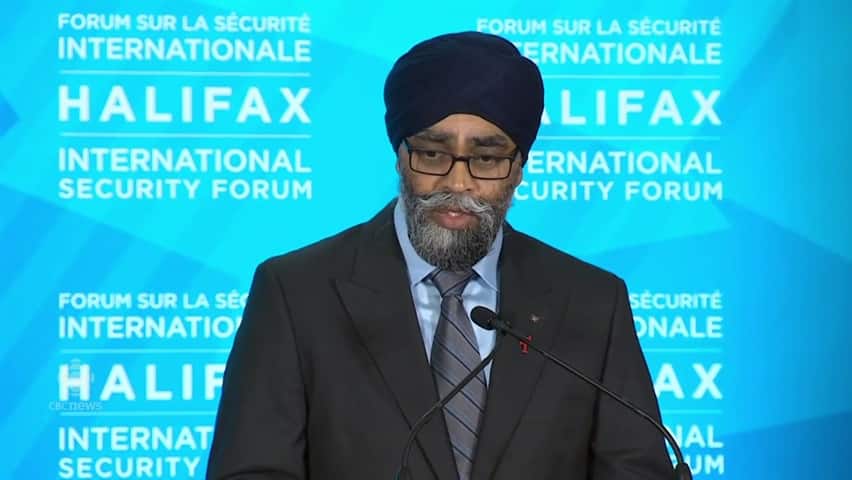 Sajjan on the future of ISIS' Canadian fighters

3 years ago
1:20
The Defence Minister was speaking at the Halifax International Security Forum 1:20

According to a 2016 report, Public Safety Canada is aware returning jihadis "may have skills, experience and relationships developed abroad that could be used to recruit or inspire individuals in Canada. They may also engage in terrorist financing, helping others to travel, or even planning attacks in Canada.

"The attacks directed by [ISIS] in Paris and Brussels provide examples. Most of the attackers were returnees linked to [ISIS]."

'We've known about this for years'

The almost total collapse of ISIS in Iraq and Syria over the last few months seems likely to bring more returnees back to the West. And the bitter-enders who chose to remain through that collapse may be among the most dangerous of its followers.

"We've known about this for years," says Leuprecht, "and at the latest we should have started to think about it systematically when we started the bombing campaign against ISIS.… As so often in this country when it comes to defence and security issues, we start thinking about it ... when our room for manoeuvre has massively diminished."

Leuprecht said an assassination policy would be problematic under Canadian law, and might not enjoy public support.

Since Canada isn't targeting jihadis on the battlefield or successfully convicting them in court, says Leuprecht, "the third option is that they just show up and live peacefully ever after. Or not so peacefully."

To date, only two returnees, Pamir Hakimzadah and Rehab Dughmosh, have been charged with leaving Canada to participate in terrorism. Four more men, some of whom may be dead, have been charged in absentia. To date, no Canadian has been successfully prosecuted for travelling to Syria or Iraq to join a terror group.

According to government estimates more than 200 Canadian "terrorist travellers" have faced no legal consequences in Canada.

"The challenge is they're not stupid," said Leuprecht. "They know that CSIS will likely monitor them using wiretap warrants, on grounds of reasonable suspicion."

Leuprecht says deradicalization programs are highly controversial and there is little empirical evidence that they work. In any case, Canada doesn't have such a program.

The Canada Centre for Community Engagement and Prevention of Violence, launched in June, does not handle individual cases, but supports initiatives by other levels of government and organizations across Canada.

Brien says it also supports "action-orientated research," but it remains unclear what that means in practice.