Irving Shipbuilding Inc. says the work it's doing under a $288-million "definition contract" for building Canada's new Arctic offshore patrol ships (AOPS) is "very different" from the design work in other countries that a CBC News analysis compared it to last week. 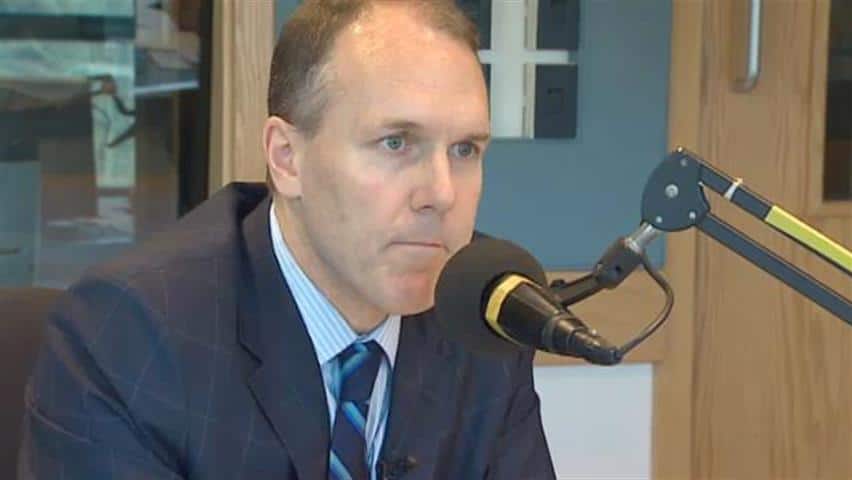 Irving Shipbuilding Inc. says the work it's doing under a $288-million "definition contract" for building Canada's new Arctic offshore patrol ships (AOPS) is "very different" from the design work in other countries that a CBC News analysis compared it to last week.

During an interview with Information Morning on CBC Radio in Halifax to "provide background" on the contract, Irving's vice-chairman and interim president Ross Langley said this was a "classic case of comparing apples to oranges."

"The scope of the work that we're doing under this definition contract – which is much broader than a design contract –involves much more than what has been described by the CBC as preparing blueprints," Langley said.

He said the 3-D modelling involved with this contract is "much beyond blueprint preparation" and involves "designing all the spaces on the ship" to ensure the ship is built efficiently and to world-class standards. Irving's contract also includes down payments for "long-lead items" like engines and radar.

Irving will also be building a section of the ship under the scope of this contract, he said.

While acknowledging that other shipbuilding design contracts around the world would also include 3-D modelling, Langley noted that the example cited by the CBC to compare the cost of this contract, the Norwegian coast guard ship KV Svalbard, "was entered into in the late 1990s."

"We don't believe it is the same scope as the work we're doing," Langley said in the radio interview. In a second interview outside the studio, he added that "it's very difficult to try to compare our program and other programs when we don't have on the table the exact scope of work for each of those programs and how many ships they involved."

In comparison with another 2007 program in Denmark where two fully built patrol ships were acquired for a total cost of $105 million (including the design), Langley pointed out that the ships are not the same: the one Irving is building is longer, wider, heavier and holds more crew members.

Langley broke down the $288-million figure, subtracting the $38 million of it that will be HST paid back to the federal government, and said that "if you take what's left, roughly half of that will go into defining the ship."

When asked what he meant by defining the ship, Langley said it included designing every space and defining all the equipment and suppliers required "so that when we hit the summer of 2015 we know exactly what we're going to build, which ensures best value to Canada."

Langley said that the definition contract involves taking the initial design the Canadian government bought for Norway's Svalbard vessel, then incorporate the "large document" of Canadian requirements it received from the federal government.

This process will involve going back and forth with government officials until they have a final ship design they're happy with, he said. That may involve revising requirements based on cost, similar to the give-and-take involved when a homeowner deals with a contractor on renovating a kitchen, Langley said.

The CBC's research suggested that the design price is normally 10-20 per cent of the total cost of similar patrol ships, raising the question of why this contract is valued at many times more than a similar component of the cost for ships bought by other navies.

"Any number of factors come into play in terms of deciding how much money you should spend on design, definition and then the build," Langley told CBC News after the radio interview, suggesting that it depends on the number of ships that are built in a given program and what the scope of the work is.

Langley said the price per ship is not yet known. The government has said it's aiming to purchase six to eight of these ships and "we would like to build as many as we can, of course," Langley said.

Estimating the build costs is part of this definition contract over the next year or so, he said. "We wouldn't want to speculate on the price of the ship."

If Canada is working towards a $3-billion total program up to 2022 and the design portion of the definition contract costs are in the $100-million range, then a comparable percentage is less than 10 per cent for these patrol ships, he said.

Although the final price will not be made public because it involves "competitive" industry information, Langley noted that Irving is committed to transparency for this contract and will be audited regularly.

Irving participated in a competitive bid process during which an international team of independent experts agreed on the company's approach to the work involved in this contract, he said.

In response to the CBC's analysis, the company took out full-page newspaper ads in selected Canadian newspapers on Saturday, headlined "Setting the record straight" about the AOPS contract.

Defence Minister Peter MacKay has suggested that Canada is prepared to pay a "premium" for its new ships in order to rebuild and support its domestic shipbuilding industry.

On Monday, Langley told CBC News that 20-25 per cent of the work for this contract will be going offshore.

Both Irving and the federal government object to the CBC's analysis, calling it "inaccurate" and "misinformation," respectively.