Canadian and Indian companies have signed 66 new contracts worth $1 billion in total in a deal expected to create 5,800 jobs in Canada. Prime Minister Justin Trudeau made the announcement Tuesday at the Canada-India Business Forum.

Deal covering a range of sectors will create 5,800 jobs in Canada, PMO says

Canadian and Indian companies have signed 66 new contracts worth $1 billion in total in a deal expected to create 5,800 jobs in Canada.

Prime Minister Justin Trudeau made the announcement Tuesday in front of an audience at the Canada-India Business Forum. 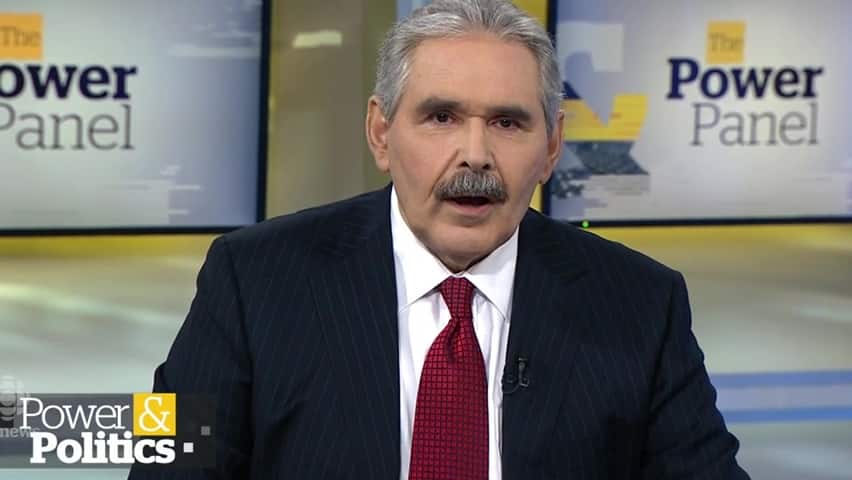 He spent the morning in Mumbai, India's financial capital, meeting with titans of industry and finance at the Taj Mahal Palace Hotel, scene of a deadly terror attack 10 years ago.

"If you'd asked me whether we could have got 500 people in India for this conference, that would have been a hard sell a few years ago," he said.

"Canadians understand the rise of Asia and why we need to pay attention to India. What's missing is a sense of urgency. And I think on the Indian side, for the longest time there was a sense that Canada is this distant country, and we are only about natural resources and commodities. That perception is changing."

Industrialist Kumar Mangalam Birla, who had a private meeting with Trudeau, spoke in glowing terms of his experience investing in Canada.

"We have several plans in Canada for three businesses, which is fibre, carbon black and rolled aluminum products," said Birla.

"We are very happy investors. I think just the ease of doing business, the business friendliness of the Canadian government across the country, I think is something that is a true delight for an investor. Someone who's tasted that will always want to come back for more."

He said provincial governments have also been co-operative.

Anemic trade growth up to now

Canadian trade with India can best be described as underperforming. The Harper government in 2012 set itself an objective of increasing two-way commerce to $15 billion by 2015.

"That figure was optimistic, and they haven't reached it," said Rohinton Medhora, who heads the Centre for International Governance Innovation in Waterloo, Ont. Trade between the two countries is still stuck at just over $8 billion annually.

"Trade is something that responds to economic incentives, and the fact is, for a long time, India was a relatively closed economy," said Medhora.

India's protectionist instincts are still alive, as seen recently when it slapped tariffs in the 40 to 50 per cent range on Canadian dried peas and chickpeas. (Pulses are Canada's single most important export to India, generating over a billion dollars in sales for Prairie farmers.)

Getting those tariffs lifted or reduced has been one of the missions of Trudeau's visit.

"I brought this issue up at the highest level with Prime Minister Modi a few weeks ago," Trudeau said Monday evening.

"I will bring it up with him again on Friday. I will continue to talk about pulses and agricultural exports from Canada to India at every chance I get."

Talks on a foreign investment protection agreement and a comprehensive economic and trade agreement have also stalled.

That's partly because India insists on working on both deals at the same time, while Canada would prefer to move ahead now with the foreign investment pact and worry about the free trade deal later.

The inefficiency of India's state sector and bureaucracy has been a factor holding it back from meeting its growth potential as well. For years, the country lagged behind China in annual growth.

In recent years, however, India's economic motor has accelerated as China's has slowed; India is expected to post growth in the seven per cent range this year.

That level of growth produces both new demand for goods and services from other countries and more money with which to buy them.

"India seeks energy security. Canada can provide it," said Medhora, who is in Mumbai for the business forum. "Trade is very much an area where the two countries have not reached the potential that they should.

"Ultimately, these two countries and their businesses don't know each other, and that has to change for trade to grow. Free trade deals are nice to have, but they're not necessary or sufficient conditions for trade to grow."

Indian immigration to Canada, the second source country for new immigrants, is building greater awareness of Canada on the subcontinent. That in turn opens the door to the creation of cultural and educational links that the government of Canada is trying to foster on this trip.

And that explains why Trudeau is meeting three of India's biggest movie stars on the same day he's entertaining CEOs.

In 2011, Bollywood was lured by the governments of Canada and Ontario to hold its version of the Oscars in Toronto. Already, Bollywood producers — like their Hollywood counterparts before them — had been discovering the attractions of Canada as a place to make movies.

Since then, a number of Bollywood blockbusters have been filmed in Canada — a trend the Trudeau government wants to foster.

The benefits of Bollywood are twofold. The obvious benefit is revenue: Indian film productions spend money on labour and services here, employing people like cameramen and caterers.

The less obvious benefit is visibility: when Indian audiences watch these movies, it helps to sell Canada as a brand and a place to be.

The growing awareness of Canada in the Indian mind has produced an explosion of interest in Canadian universities and colleges.

That trend accelerated sharply following the election of Donald Trump in the U.S. — which was followed by an unprecedented six per cent decline in international visitors to the U.S., even as international travel continues to grow in almost every other market.

The Canadian Consulate in India reported a doubling in the number of student visas issued to Indian citizens between 2016 and 2017. The demand is to strong that, even after hiring more staff, the consulate has had to cycle other staffers in and out of India from other posts on six- to eight-week shifts.

Today, 124,000 Indian students are paying to attend classes in Canada. Tourism from India is up as well.

Those students may return to India with with a new appreciation of Canada as a place in which to do business and source products, and with contacts in the country to help make that happen.