Independents to become biggest bloc in Senate, but they're still '3rd class' senators

Prime Minister Justin Trudeau's push to populate the Senate with Independent senators is in full swing, and they are poised to form a plurality in the Red Chamber after the next round of appointments. But they remain shut out of key positions of power.

Prime Minister Justin Trudeau's push to populate the Senate with Independent senators is in full swing, and they are poised to form a plurality in the Red Chamber after the next round of appointments, but they remain shut out of key positions of power.

Most decisions, including who sits on the committees where Senate business is done, are still made by the leadership of the Conservative and Liberal Senate caucuses. Independent senators also are awarded much less money for research.

While the appointments process has been upended by Trudeau's reforms, the upper house has so far done little to change its governance structure, meaning non-affiliated senators have had trouble participating fully in the house's business, according to the government's representative in the Senate, Peter Harder. Harder says he is prepared to take action to correct this imbalance.

Until now, it has been difficult for non-affiliated senators to sit on committees of their choosing because membership is controlled by the two parties. Now there isn't a single Independent on the Senate's selection committee, which is chaired by Conservative Senator Don Plett.

If you're not a partisan, you're a third-class citizen ... as long as the partisan caucuses are in control of who sits where, who gets budgets, how economic matters with respect to the Senate are determined- Hugh Segal, former Conservative senator

It is at committee that legislation is studied and debated, and where senators can best exercise their "sober second thought" function.

If Independents can't dislodge partisan control through negotiations, Harder says he will introduce a "sessional order," which would force a vote in the chamber on reconstituting all senate committees to ensure equity and proportionality.

"The challenge is that things move so slowly, and we have to be able to gain the political will within the chamber to respond more quickly with real results, as opposed to longer debates," he said in an interview with CBC News. 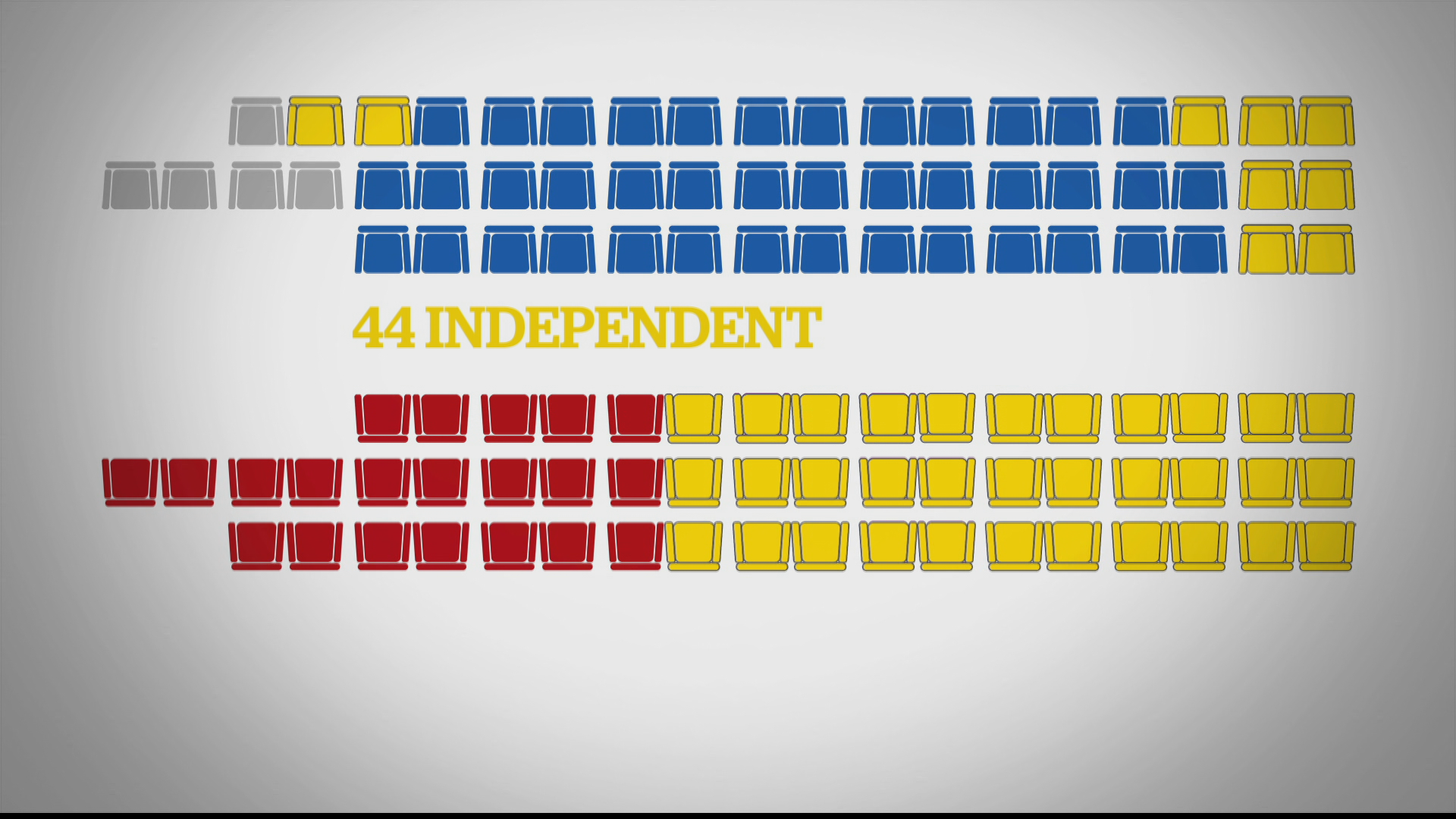 The changing makeup of the Senate

6 years ago
Duration 0:43
The changing makeup of the Senate

Harder says he and the Independent senators would like to see a change more quickly, and his patience is limited.

Another possible option is proroguing Parliament, and clearing the decks to reset committee membership, something Harder said is not a priority of the government at this point in the session.

A recent report from the Senate committee on modernization suggested expanding the definition of "caucus" to include groups of nine or more senators "formed for a parliamentary purpose," which would give those senators access to Senate resources — namely bigger research budgets — and would make it easier for Independent senators to be represented on committees.

Plett, of Manitoba, voted to adjourn debate on the committee's recommendations, a signal that the Conservative caucus is intent on delaying some of the proposed reforms.

"Everybody's for modernization as long as nothing changes," Harder said of Plett's move. "I don't think the pace of change ought to proceed at the rate of preference of the slowest personality. We need to find a way of galvanizing action."

Senator Elaine McCoy, the facilitator of the Independent Senators Group, said the partisans are dragging their heels. "So far, we haven't seen any particularly firm commitment to moving quickly."

Former Conservative Senator Hugh Segal, who has penned a new report calling for major changes to how the body operates, said at the Senate's modernization committee Wednesday that status quo is untenable.

"If you're not a partisan, you're a third-class citizen ... as long as the partisan caucuses are in control of who sits where, who gets budgets, how economic matters with respect to the Senate are determined," he said.

6 years ago
Duration 2:28
The Government's Representative in the Senate, Peter Harder, says that the 9 new independent Senators that were named today show that the Senate needs to change it's archaic rules to keep up with the changing face of the red Chamber.

"Any continued partisan control ... simply reduces duly vetted and appointed Independent senators to less than robust participants, whose role is solely determined by those with inherited partisan control from a previous parliament."

Harder said Segal is highlighting a "true reality" and is "appropriately chastising the Senate for moving too slowly."

The Senate's all-powerful internal economy committee, which essentially runs the chamber behind closed doors, and adjudicates disputes, is also controlled by the Conservatives — with former Speaker Leo Housakos in the driver's seat.

There are two non-affiliated members of that committee, Senators Larry Campbell and John Wallace, but they were appointed as partisans and only recently left their respective caucuses.

There is also a great disparity in how research money is allocated, Harder maintains, because it is doled out through the partisan caucuses.

Each Independent senator has a research budget of only $7,000, while members of the Senate Liberal caucus have $1.06 million, which translates into roughly $50,000 for each of their 21 senators.

Harder said Thursday he believes all of the research dollars should be dealt out equally to all 105 members of the Red Chamber. 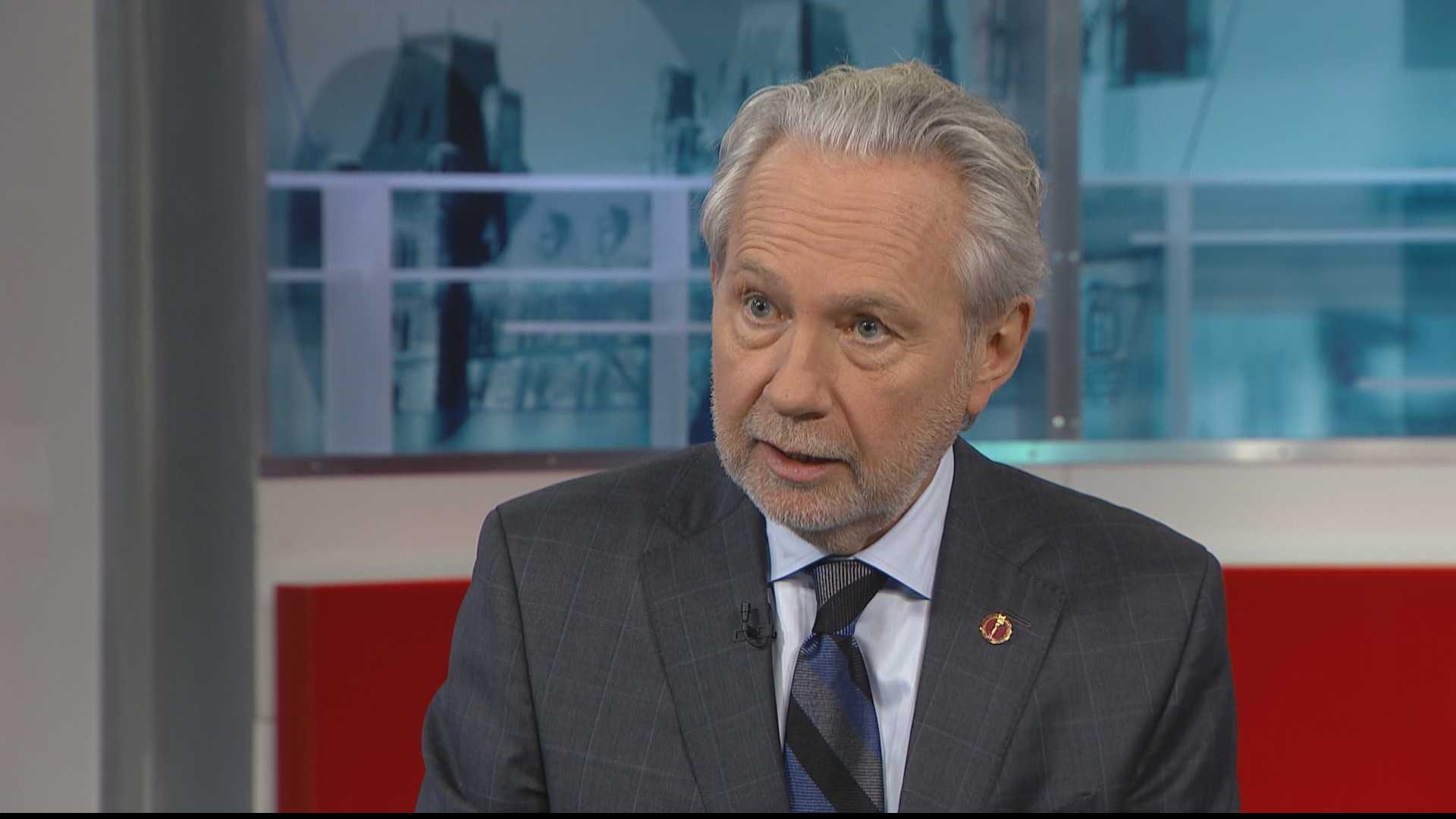 "Pace of change has got to increase" in the Senate, says Harder

6 years ago
Duration 8:32
Government Representative in the Senate, Peter Harder, discusses the latest batch of Senators picked by the PM and the goal of a non-partisan Senate

J.P. Tasker is a journalist in CBC's parliamentary bureau who reports for digital, radio and television. He is also a regular panellist on CBC News Network's Power & Politics. He covers the Conservative Party, Canada-U.S. relations, Crown-Indigenous affairs, climate change, health policy and the Senate. You can send story ideas and tips to J.P. at john.tasker@cbc.ca.