The government is looking at the possibility of working with the U.S. to modernize a border pact to help address the issues of asylum seekers crossing illegally.

The federal government is open to the possibility of working with the U.S. to modernize a border pact to help address the problem of asylum seekers crossing illegally into Canada, says Immigration Minister Ahmed Hussen.

But it's not clear what sorts of changes the minister has in mind.

Earlier this week, the U.S. Department of Homeland Security said it's reviewing a Canadian proposal to amend the Safe Third Country Agreement, a pact that requires individuals claiming asylum to do so in the first safe country they land in, with few exceptions.

While Hussen has repeatedly insisted that there are no "formal negotiations" going on at this point, he told CBC Radio's The House that the Safe Third Country Agreement is the subject of ongoing conversations with the U.S. which could lead to proposals to modernize the 14-year-old pact.

Hussen rejected calls to suspend the agreement last year, saying there was no need to "tinker" with it. On Thursday, however, he said the Trudeau government has discussed the agreement with U.S. counterparts.

He told CBC News the comment from Homeland Security likely referred to more general discussions "on all kinds of issues related to immigration and border security, including safe third."

In the meantime, Hussen said, the government will continue to address the issue of illegal border crossings by using the same tactics that seemed to work last year.

In 2017, those efforts were largely limited to educating specific groups more likely to cross, maintaining an RCMP presence at key border points and funnelling funding into the Immigration and Refugee Board.

Last year, more than 20,000 asylum seekers crossed illegally into Canada. The trend seems to be continuing this year, with about 5,000 crossing so far. 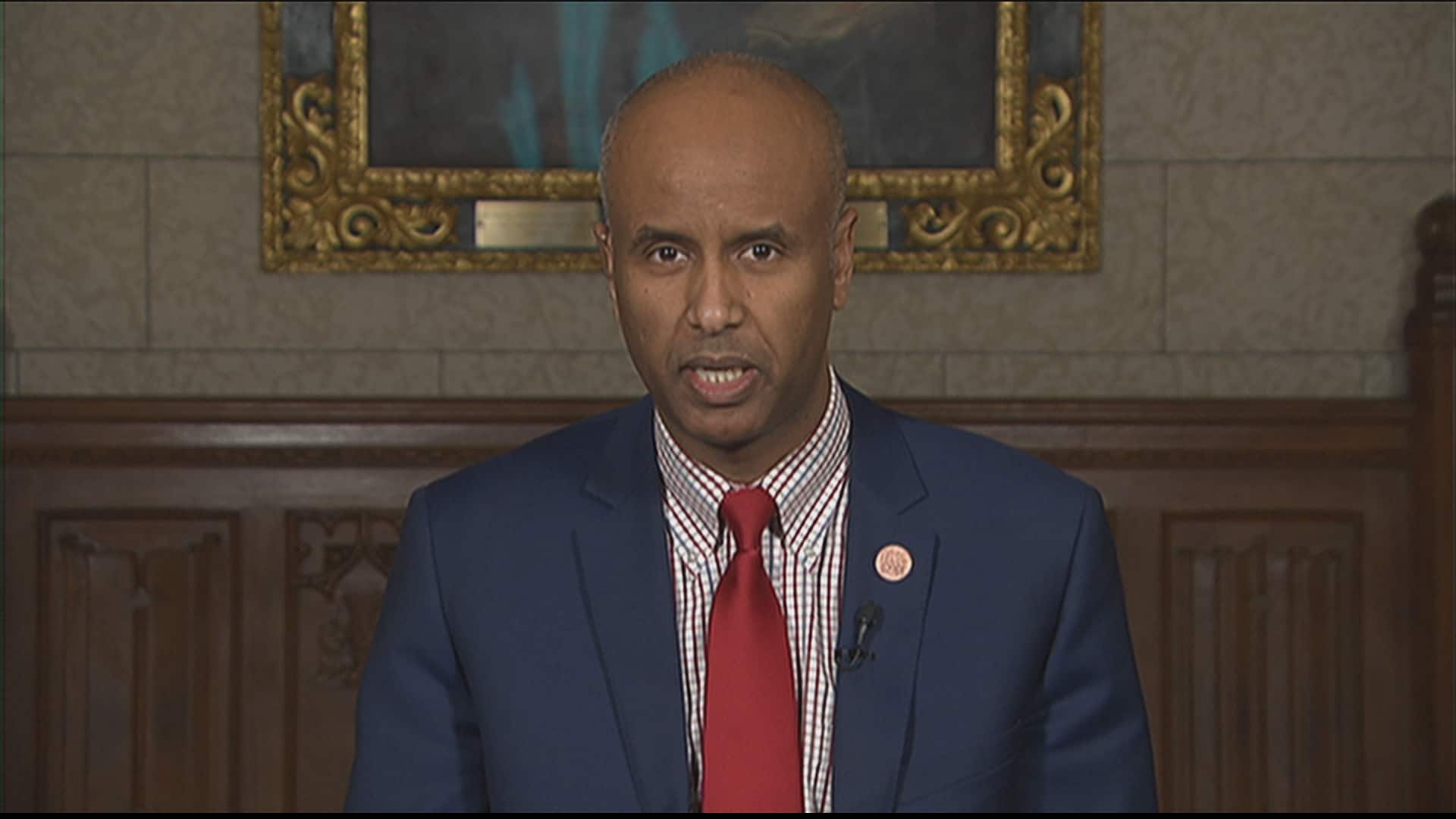 3 years ago
11:05
Immigration Minister Ahmed Hussen says the government has dispatched senior officials to work with the American diplomatic mission in Nigeria after Canada sees a growing number of Nigerian asylum seekers using American travel visas on their journey to this country. 11:05

The government has been hard-pressed to find a solution to the border problem. Some of the ideas floated include the Conservatives' pitch to designate the entire Canada-U.S. border an official crossing and the NDP's plan to suspend the Safe Third Country Agreement for 90 days.

The minister wouldn't say what other potential fixes are on the table, but insisted Canadians' safety is the government's top priority.

However, opposition critics on Parliament Hill say they're skeptical of the government's priorities.

"I think it's political calculus," Conservative MP Michelle Rempel told The House. She said she thinks the government is avoiding taking a firm stance on the migrants to avoid losing vote on either side of the issue.

NDP immigration critic Jenny Kwan agreed, saying the Liberals' handling of the issue looks like an attempt to play both sides of the issue — pitching a welcome mat for immigrants on the international stage without backing it up with action at home.

Part of the issue with the Safe Third Country Agreement in its current form is that it was drafted at a time when both countries held similar views on refugees, said Alastair Clarke, a Winnipeg-based immigration lawyer.

But now Canada's approach is "very distinct from the United States," he told The House.

The model needs to be revised to account for changes in the political sentiments of both countries, he said.

Re-opening the agreement may not solve the problem entirely, however.

"Canada signed the refugee convention and we have some obligations to respect regarding that," immigration lawyer Éric Taillefer told The House.

He added that any ideas brought to the table have to fall within current legal restraints and obey international agreements.

"We have a box that we have to think in and around."

No matter what the government does, Taillefer said tackling migration issues will be one of the great challenges of the 21st century.

"People are still going to come to Canada," he said.