Canada's former top soldier Rick Hillier lashed out today at U.S. President Donald Trump's trade adviser, calling Peter Navarro an "idiot" for dismissing Canada's contribution to the war on terror as nothing more than an effort to curry favour with the U.S. 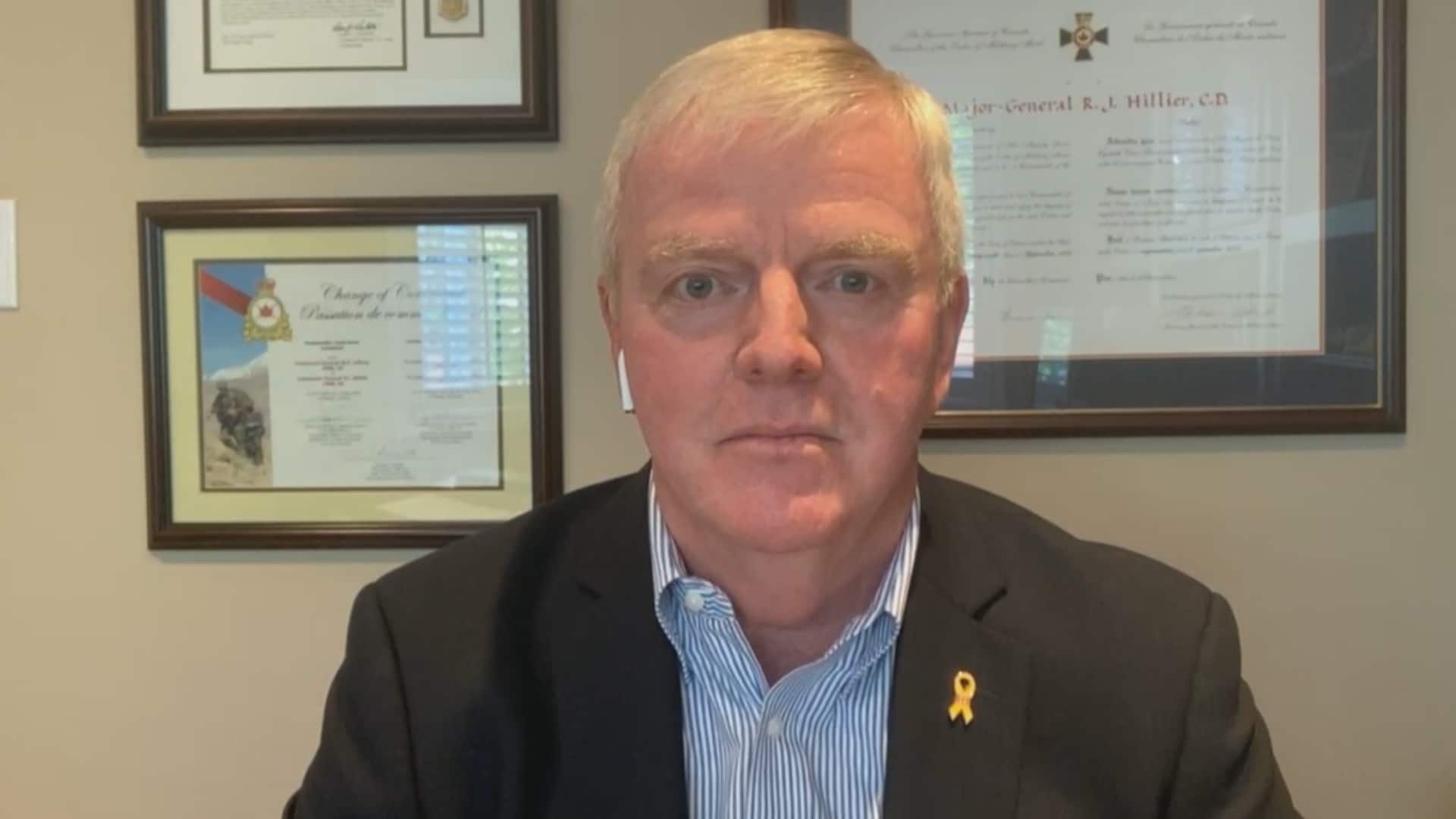 2 months ago
8:54
Retired general Rick Hillier called Trump trade adviser Peter Navarro "an idiot" for his comments questioning the motives behind Canada's involvement in the NATO mission in Afghanistan. 8:54

Canada's former top soldier Rick Hillier lashed out today at U.S. President Donald Trump's trade adviser, calling Peter Navarro an "idiot" for dismissing Canada's contribution to the war on terror as nothing more than an effort to curry favour with the U.S.

"I mean, even if you believe those things, I'm not sure why you would make them, or why you would disrespect the service and sacrifice in this spilling of blood and the loss of lives by Canada's sons and daughters who soldiered alongside our American battle brothers and sisters."

Hillier was reacting to comments Navarro made in a new book by CNN correspondent Jim Sciutto. In the book — The Madman Theory: Trump Takes on the World — Navarro is quoted speaking dismissively about Canada's role in the NATO mission in Afghanistan.

Navarro suggests Canada's decade-long mission, which cost the lives of 158 Canadian soldiers, was motivated more by a desire to curry favour with the U.S. than to support the global fight against terrorism.

CTV obtained audio recordings of Navarro's interviews with Sciutto, who was questioning the trade adviser about the Trump administration's often-caustic approach to foreign relations when the subject of Canada's mission in Afghanistan came up.

"Were they doing us a favour, or were they brought into the idea they needed to do that as part of the global effort against terrorists?" Navarro responds.

"I mean, if they were just doing us a favour, maybe their government should have been thrown out of office. I mean, every time that a Canadian shows up in a uniform, it's doing us a favour? How's that work?"

As commander of the NATO-led multinational Afghanistan mission in 2004, Hillier had a great deal of contact with U.S. forces on the ground and with the leadership of the U.S. military. He said that in all his years serving with U.S. troops, under multiple administrations, he has never heard anyone suggest Canada sent men and women into harm's way just to score political points.

"Do you send your sons and daughters to make this great sacrifice so far away from home simply because you want to make points with an ally? No, you do not. You do it because it's the right thing to do," Hillier told Power & Politics host Vassy Kapelos.

"I heard from so many friends in the United States today who said, 'This doesn't represent at all what we believe. We don't know where this came from. Our relationships are incredible and we served together. We're proud to do so. We're proud to serve next to Canadian soldiers.'"

"First, I thought he must be a military genius and knew this stuff. Then I realize he's a trade adviser, so I'm not sure why he's commenting upon this," he said. "He obviously doesn't understand the Article 5 of NATO that an attack on one is an attack on all.

"We believed in that here in Canada. And that's why Canada stepped up to take part in that mission and try and make the world a better place."

Hillier said he hopes that the Trudeau government and the ambassador in Washington are making that argument to U.S. officials.

He added that the White House has demonstrated a willingness to denigrate Canada and many of its other allies since Trump came to office.

"I don't think it is unique to Canada," he said. "I think it reflects a nastiness in the relationships around the world now internationally involving the United States of America. And it's not something that I did experience."

Asked about Navarro's remarks, Defence Minister Harjit Sajjan said the U.S. military and "everyday Americans" understand that Canada was there for its closest ally "in their time of need" and made significant contributions to the War on Terror in the post-9/11 period. 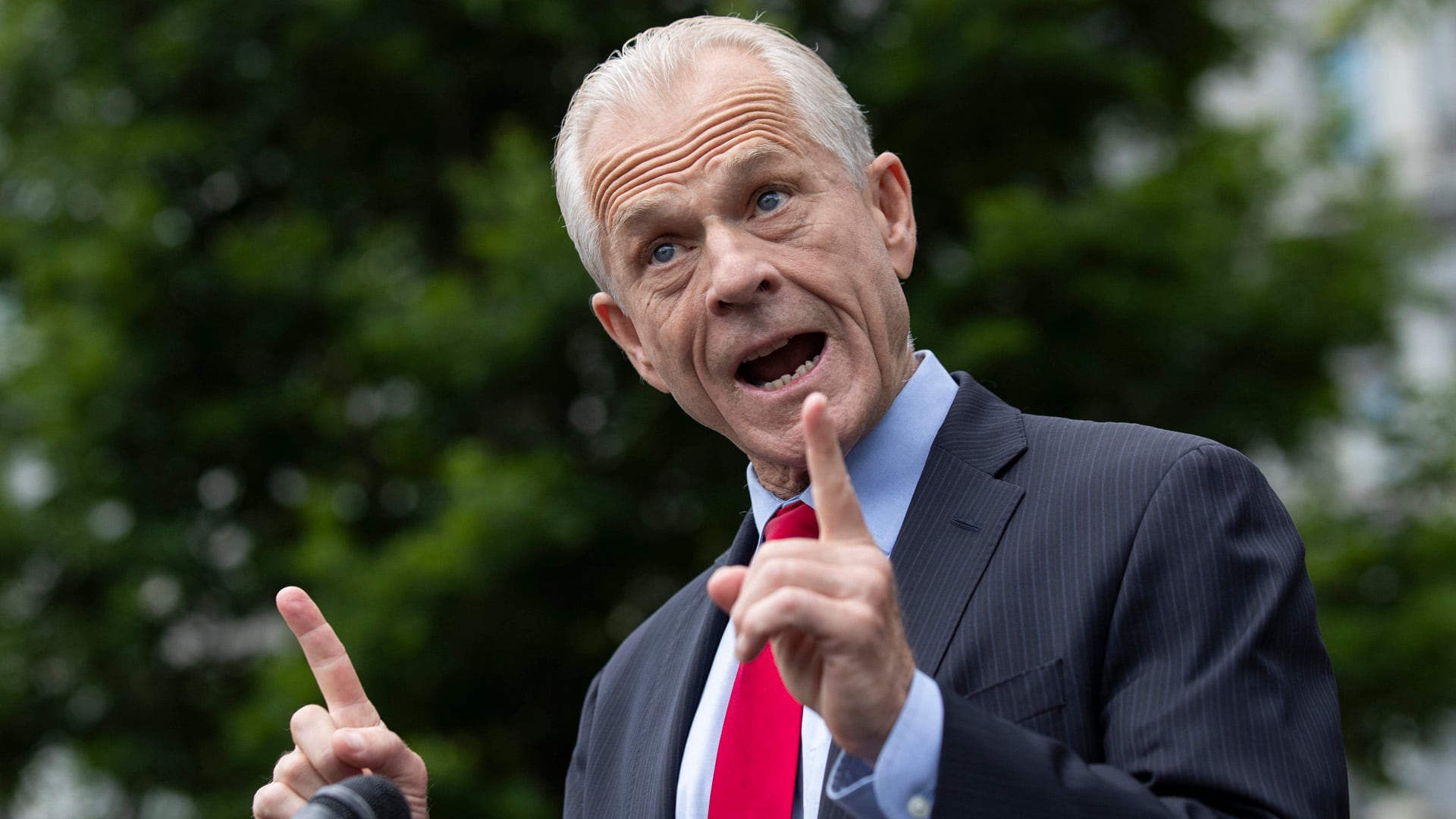 "When our friend and ally was attacked on 9/11, Canada was there for America that day and throughout the entire Afghanistan campaign. One hundred and sixty-one Canadians made the ultimate sacrifice in the name of our collective peace and security," he said in a statement.

"Canadians have stood shoulder to shoulder with our American friends and allies throughout the 20th and 21st centuries, from the beaches of Normandy to the Korean peninsula and even now as we work together in our fight against Da'esh in the Middle East," Sajjan said, using the Arabic name for the Islamic State.

On Wednesday evening, the U.S. embassy in Ottawa issued a statement from chargé d'affaires Richard Mills "on U.S.-Canada defense cooperation."

"The United States deeply values the service and sacrifice of our Canadian allies in support of the defence of freedom and global security," the statement reads.

It cited remarks from U.S. Vice-President Mike Pence said during his May 2019 visit to Canada:

"The United States and Canada have stood shoulder to shoulder in the defence of freedom for generations. Our ancestors fought side by side in the great conflicts of the 20th century. And in recent years, our armed forces have fought against the scourge of radical Islamic terrorism across the Middle East. And both of our nations have endured great sacrifice…The United States will always honour this alliance — this alliance for freedom. And we will always honour the sacrifice of soldiers of both of our nations."