Philippines President Rodrigo Duterte says he wants to cancel a multimillion-dollar deal to buy 16 helicopters from Canada, just days after Ottawa ordered a review of the sale.

Philippines President Rodrigo Duterte says he wants to cancel a multimillion-dollar deal to buy 16 helicopters from Canada, just days after Ottawa ordered a review of the sale.

"So this is my reaction. I want to tell the armed forces to cut the deal ... and somehow we will look for another supplier. We respect the stand of Canada," he said during a media briefing Friday morning.

At one point during the briefing, Duterte asks someone in audience how many helicopters his country is buying from Canada.

"So from here on now, I am directing the armed forces of the Philippines, since most of the guns, bullets and whatever, weapons of war ... invariably to be used against the rebels and the terrorists, do not buy any more from Canada. Or from the United States, because there is always a condition attached," he said.

Earlier this week, Reuters reported the Philippines inked a $233-million deal to buy Montreal-built Bell helicopters. Other reports said the deal was worth up to $300 million. The Canadian Commercial Corporation, which facilitated the deal, wouldn't confirm the cost. 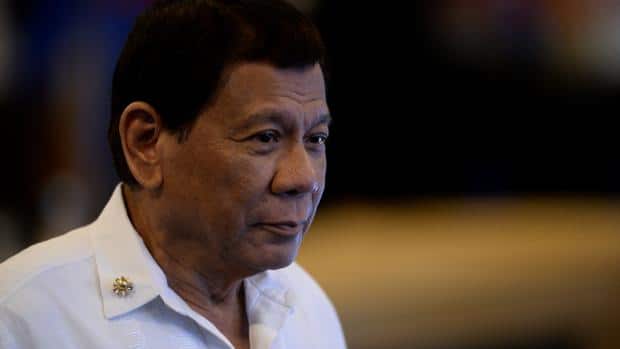 The Liberal government had defended the deal, which is being facilitated by the Canadian Commercial Corp., arguing the Montreal-built Bell helicopters would be used during search-and-rescue missions and disaster relief.

But International Trade Minister Francois-Philippe Champagne announced Wednesday he had ordered a review of the deal, which was finalized in December, after a senior member of the Philippines military said the aircraft would also be used in "internal security operations."

"The president's troubling comments only underscore the confusion and contradictions that have emerged recently on the intended end use of the helicopters," said a spokesperson for Champagne on Friday.

"That is precisely why the minister ordered a review and that process will continue."

Quebec's Minister of Economy, Science and Innovation Dominique Anglade said a different process has to be followed if a helicopter is going to be used in a military capacity.

"Obviously the declaration that was made today clearly stipulated it was more for military reasons," she told CBC.

"There's no question that from an economy perspective we would love Bell helicopter to be able to sell everywhere in the world, but there are some constraints and we have to be guided by our principles."

"Contrary to what some parties mistakenly believe, its mission is to save lives," he said of the aircraft.

But on Friday, Duterte seemed to contradict his minister, saying if the helicopters can't be used against terrorists, "then prepare for the eventual collapse of this country."

News of the sale caused some in Canada to raise concerns over Duterte's human rights record. 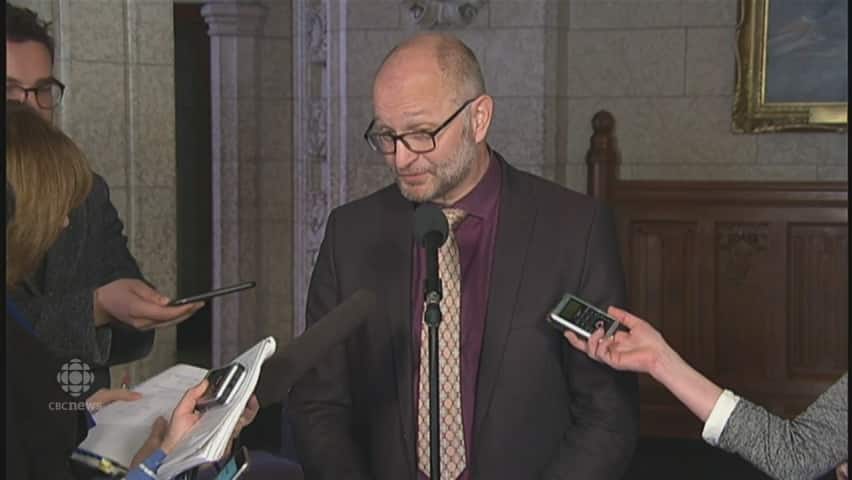 Amnesty International Canada asked whether a human rights assessment was conducted for the Philippines deal, and if any provisions are in place to ensure the helicopters are used properly.

Canada sold eight Bell helicopters to the armed forces of the Philippines in 2015.