Amid the heckling, question period can sound like so much noise

"Incivility remains a problem," concludes a new report on heckling in the House of Commons completed by Samara, an organization that concerns itself with improving civic life in Canada.

'Incivility remains a problem' in the House of Commons, survey of MPs finds

"Incivility remains a problem," concludes a new report on heckling in the House of Commons completed by Samara, the Toronto-based organization that concerns itself with improving civic life in Canada.

Consider, for example, this past Monday afternoon.

There was some rumbling as the federal revenue minister stood in question period to account for her department's handling of a tax credit for the disabled, but the noise truly picked up as the finance minister attempted to fend off a series of questions about the ethics of his personal finances.

There were repeated bursts of theatric laughter. There were indistinguishable sounds of protest and complaint. Every so often a phrase was discernible above the rabble.

"Are you kidding me?"

"You're the finance minister!"

You're certainly better off!"

"This is your answer?"

Your view of such heckles might depend on your view of what was being heckled — whether the minister's responses, tangential in some cases, were deserving of such derision.

But suffice it to say, this is not the sort of thing that is tolerated in almost any other place of work.

Near the end of the hour, there were guffaws when Transport Minister Marc Garneau recalled "spending all night long with my honourable colleague" — in reference to a procedural filibuster in the last parliament — and Elizabeth May rose on a point of order to express her dismay.

"I would ask for some maturity from some members in this place," she said, earning applause from Liberal members. "Twenty-four hours of non-stop voting was a principled stand and should not be the source of schoolyard bullying." 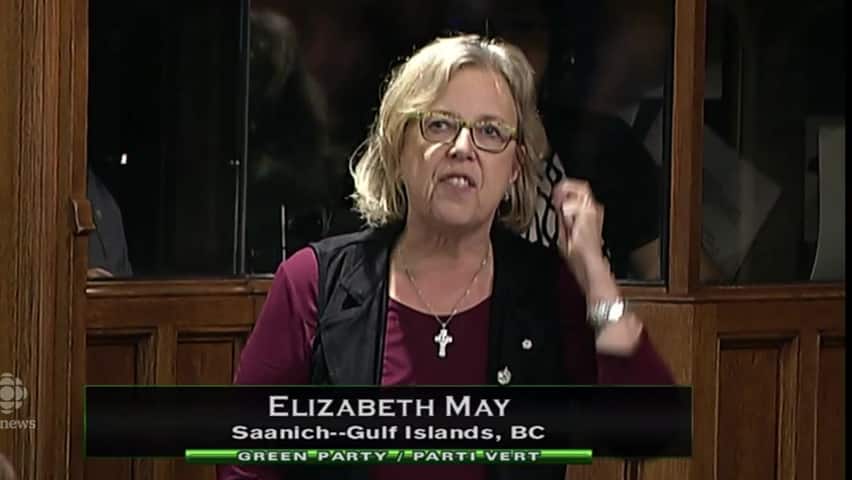 May asks for decorum after catcalls erupt in QP

3 years ago
1:28
Green Party Leader Elizabeth May calls on members of the House of Commons to be mature and to stop their "schoolyard bullying". 1:28

With the exception of a few exchanges conducted amid a backdrop of respectful silence — for instance, when two NDP MPs asked the defence minister about sexual assault in the military — basically every response from a minister on Monday afternoon resulted in at least some amount of low-level grumbling.

Tedious hooting and hollering, witless and reflexive, is lamentable, of course. But the heckle might speak to the greater tedium of question period.

The most common forms of heckling related to another MP's comments, party, ideology or ethics. But MPs also reported hearing comments about gender, age, ethnicity and sexual orientation.

"I don't mind witty heckling, but the quality is often borderline racist and sexist," one MP told Samara. 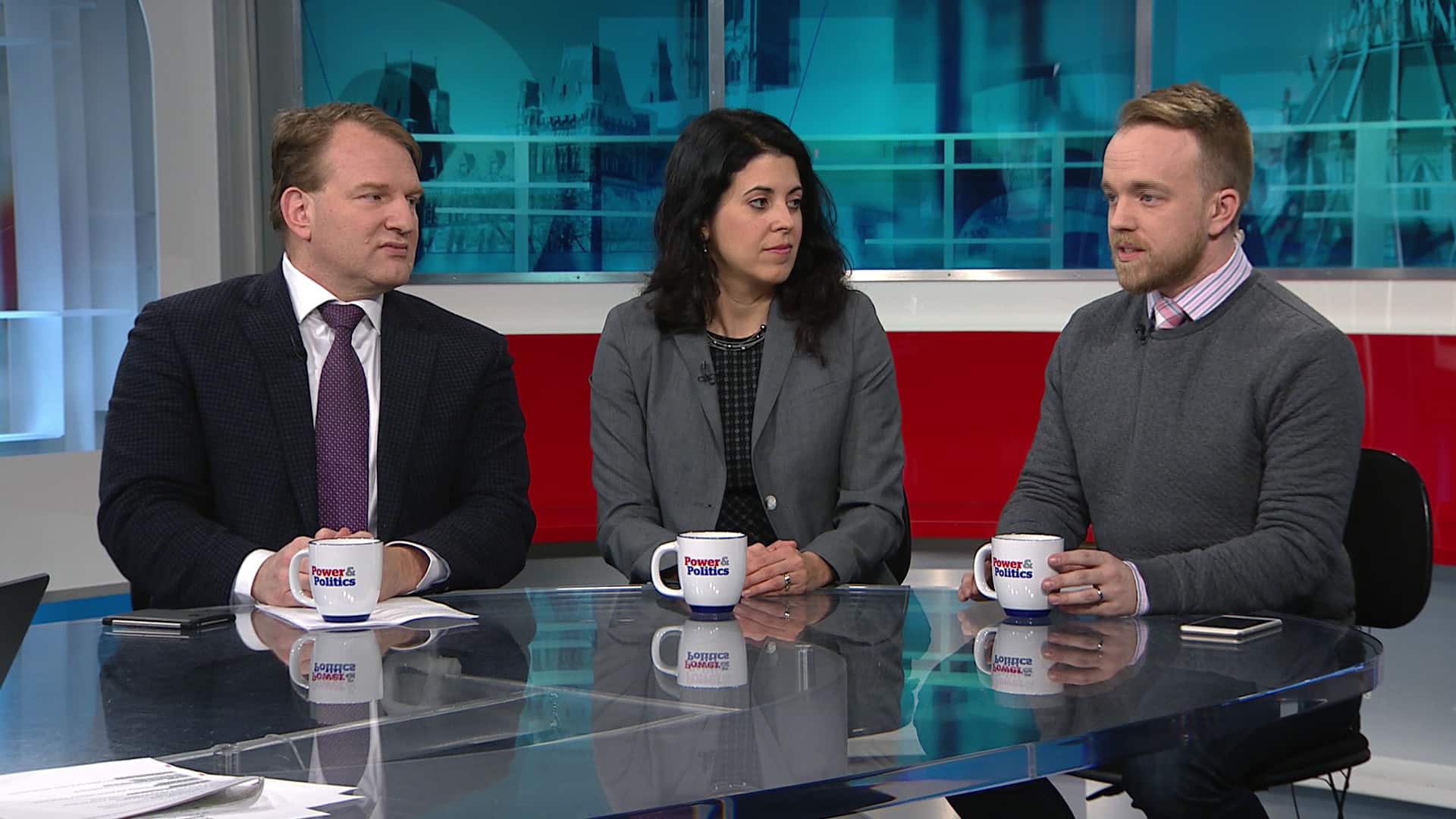 Power Panel: Heckling in the House

5 years ago
10:28
The Power Panel discusses Speaker Regan's attempts to bring more civility to the House 10:28

But just 38 per cent would abolish heckling outright, with some MPs appealing to a sense of tradition.

"Keep it clean and respectful," one MP told Samara, "but let it roll on as a magnificent continuation of our Canadian political history and parliamentary tradition."

A tradition of unruliness

The heckler might overestimate his contribution to the democratic life of the country, but there is some history here.

In its earliest days, Parliament could be a drunken free-for-all (there was a bar in the basement). A survey of that era reported accounts of members meowing like cats, crowing like roosters, playing toy instruments, setting off fireworks, singing and hurling all manner of projectiles (books, cushions, paper balls, hats).

By that standard, Parliament has evolved considerably. But its members could also try to keep evolving.

In the current Parliament, for instance, Liberal MPs have restrained themselves from applauding whenever one of their own says anything in question period (Conservatives and New Democrats still applaud every question and leap up to cheer when their leader is first called upon).

The Speaker has taken to calling out individual MPs he hears heckling, which at least leaves a mark of their transgression on the official record. (Perhaps Samara could start posting a weekly roundup of who was caught.)

Samara throws out several ideas, including turning the House cameras around to show the outbursts that currently occur off-camera, which spares hecklers from wide public exposure.

But two of the other suggestions go to the official proceedings themselves: reducing party control to provide more opportunity for backbenchers to participate, and providing more than 35 seconds for each question and response.

Either change might reduce the amount of heckling. But it might also simply make for a more interesting affair. 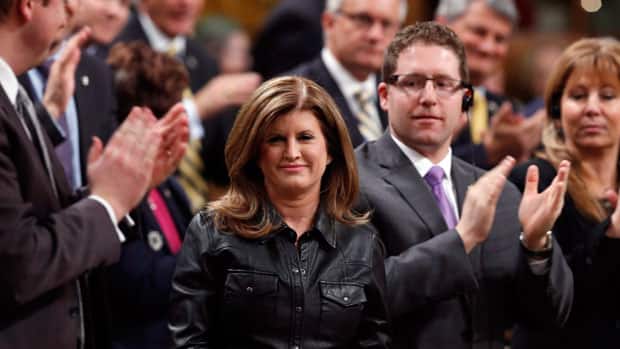 There is still significant value to the daily question period. It is still an interesting test of the participants. And Canadians are better off for having their government publicly and directly challenged each afternoon.

But even without the heckling, it is easy to see how it could be dismissed as so much noise: the daily outrage from one side, the platitudinous assurances from the other, the nation's leaders reading and repeating their lines.

The nastiest catcalls should obviously be called out and stamped out. And the other reflexive howling and carrying-on is difficult to justify, even as a matter of solemn tradition.

But, ideally, everything about those 45 minutes each afternoon would sound better.