Conservative motion passes with support of NDP and Bloc MPs over objections of industry, health experts

3 months agoVideo
1:50
Conservative MP Michelle Rempel Garner says it is Parliament's job to look into the government's handling of the COVID-19 pandemic. 1:50

New Democrats and the Bloc Québécois joined the Official Opposition to pass the motion this afternoon by a vote of 176 to 152.

The motion passed over the strenuous objections of the Liberal government and multiple industry groups, companies and other experts who warned that such a broad investigation could hamper the federal response to the pandemic's second wave and undermine the relationship between the government and key suppliers of medical equipment.

The motion directs the government to hand over to the committee a trove of documents, emails and other records from several departments and agencies by Nov. 30.

The investigation itself is to cover a variety of topics, ranging from the Public Health Agency of Canada's communications strategy and the data used to inform federal public health guidelines to the procurement of personal protective equipment (PPE) and the country's level of preparedness for another pandemic.

The Conservatives have argued the scrutiny will help Parliamentarians learn from the mistakes of the first wave, do a better job of dealing with the ongoing second wave and prepare for future outbreaks.

""There are people worrying about continued business shutdowns, being isolated from family members. And because of this, now is the perfect time for Parliament to be working together, to be questioning whether what we're doing in terms of a response from the federal government is working," Conservative health critic Michelle Rempel Garner told reporters this morning. 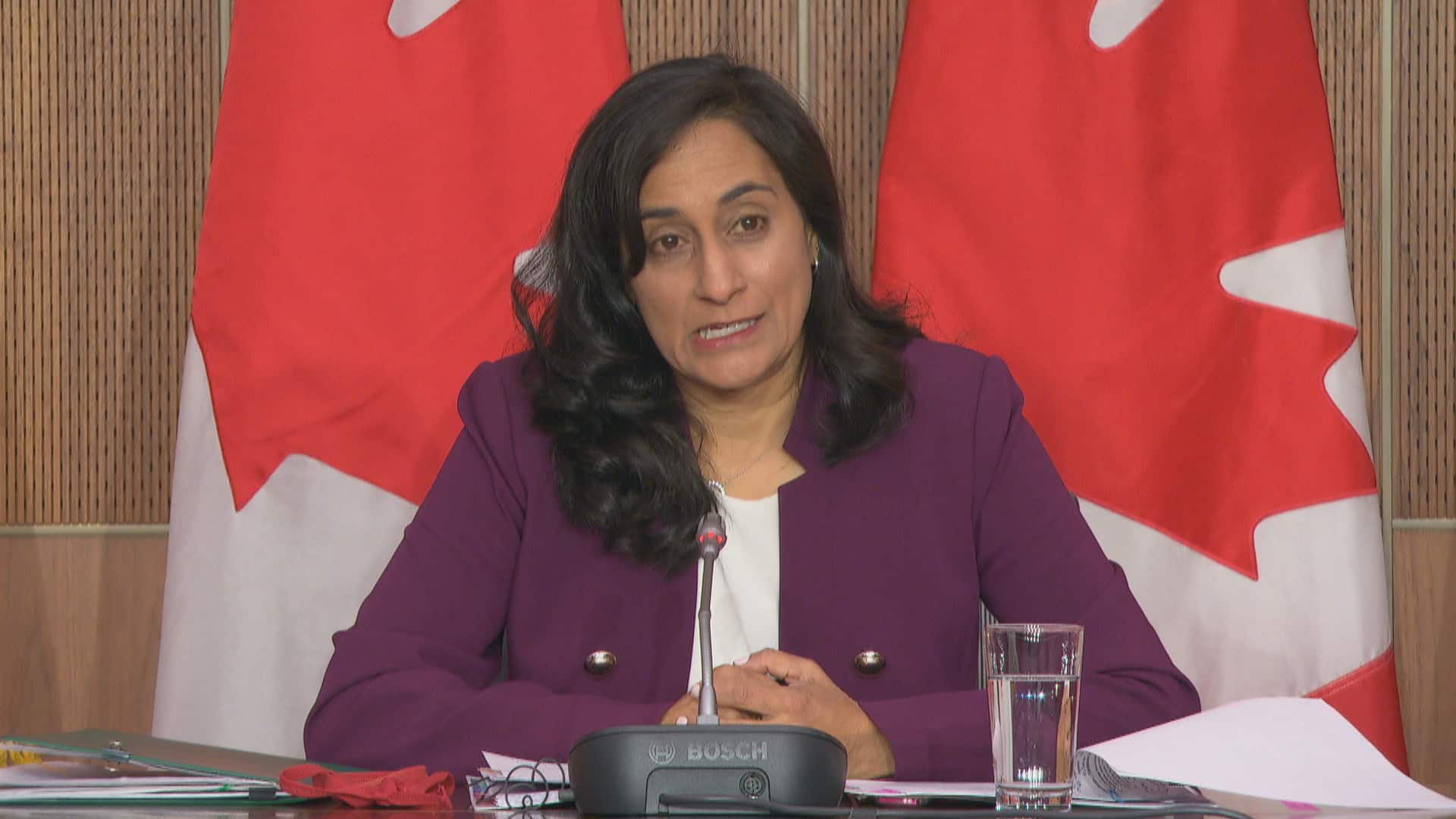 The Liberals originally argued that gathering the requested material would distract civil servants from their work on the COVID-19 response. Today, Public Services and Procurement Minister Anita Anand said the investigation would jeopardize the ability of the federal government to secure adequate supplies of personal protective equipment (PPE), COVID-19 rapid tests and vaccines.

"As we are in the middle of the second wave and the number of COVID cases continues to increase, this is not the time for this motion to be passed," Anand told reporters.

"This is not the time to threaten and weaken our relationships with our suppliers, on whom Canadians' health and safety depends."

Anand said the extensive disclosure requested by the Official Opposition — particularly of documents related to the purchase of PPE, medical devices and pharmaceuticals — could lead to the accidental release of sensitive corporate information.

If that happens, Anand said, it could undermine the federal government's relationship with key companies at a time when it remains locked in tense contract negotiations to secure medical supplies in a competitive global environment.

Rempel Garner, who originally presented the motion, rejected Anand's comments as "hyperbolic" and "bombastic." She said the government was "fearmongering" and that the motion includes appropriate safeguards to ensure that sensitive corporate information remains under wraps.

She accused the Liberals of trying to trigger an election, although the government has pledged not to treat this motion as a confidence matter.

Part of the dispute between the Liberals and Conservatives came down to who will get to decide which information is redacted from the documents.

The final text of the motion includes language providing for the withholding of information from the committee due to concerns about personal privacy, national security or cabinet confidentiality, along with any information that, if disclosed, could "interfere with contractual or other negotiations between the Government of Canada and a third party."

The House of Commons law clerk will decide which information should be redacted, according to the motion. Anand warned that the clerk does not have the expertise in procurement needed to properly redact records that would surface through the probe.

"It's not just a question of violating existing contracts that, for example, may have confidentiality clauses in them," said Anand.

"It's also a question of undermining current negotiations, which the House of Commons law clerk may not have knowledge of, and therefore may undermine the approach that we have been taking to our procurements."

Anand said the Liberals proposed putting the Privy Council Office (PCO) in charge of making redactions, but the Conservatives rejected that idea. The PCO co-ordinates the actions of the government across departments and serves as the bureaucracy for the Prime Minister's Office.

Rempel Garner said the law clerk's office has the expertise necessary to determine what information should be redacted and that the PCO is not independent enough from the government to do so.

"I don't believe that the government should be redacting its own documents," said Rempel Garner.

A variety of industry groups, companies and other experts spoke out against the Conservative motion before it passed.

Dr. David Naylor, co-chair of the federal government's COVID-19 immunity task force, said the proposed study is too expansive and will ultimately create more work and distractions for the federal public service at a time when it is already working flat-out.

Pharmaceutical giant Pfizer Canada is the latest to express concerns about the probe. In a statement, Pfizer says it wants to know how its commercial secrets will be protected.

"We are deeply concerned with the implications and unintended consequences of the motion on our COVID-19 vaccine studies and program as well as the ongoing discussions around the procurement of the vaccine," the statement said.

"We respectfully invite parliamentarians to consider including stronger language in a new motion that would specifically cover scientific and commercial sensitive information."