Health Canada regulators today approved the ID NOW rapid COVID-19 testing device for use in this country — a move that could result in millions more tests for communities across the country grappling with a surge in coronavirus cases.

Health Canada regulators today approved the ID NOW rapid COVID-19 testing device for use in this country — a move that could result in millions more tests for communities grappling with a surge in coronavirus cases.

The Abbott Laboratories-backed point-of-care devices can be administered by trained professionals at places like pharmacies, walk-in clinics and doctors' offices without the need for a laboratory to determine if someone is infected with the virus.

The approval comes only a day after the federal government announced that it would buy some 7.9 million ID NOW tests from the U.S.-based firm for distribution in Canada.

A nasal or throat specimen is collected from a patient on a swab and plugged into the ID NOW's analyzer, which can detect the presence of the virus. The molecular devices can produce COVID results in 15 minutes.

To date, the vast majority of tests have been done at public health clinics, with samples then sent to laboratories for analysis — a process that can take days.

Speaking in question period today, Prime Minister Justin Trudeau said the government is expecting to receive the first batch of these Abbott tests "in the coming weeks."

A spokesperson for Abbott could not offer a more precise timeline for the delivery of these tests but said the company is producing more than two million a month to meet current global demand.

Abbott has already shipped more than 11 million ID NOW tests to all 50 U.S. states, Washington D.C. and the U.S. territories.

"We're pleased to bring this same point-of-care test to Canada to help slow the spread of COVID-19 in the coming weeks ... helping detect thousands of positive cases in minutes rather than hours or days," spokesperson Kimberly LaFleur said in a statement to CBC News.

Trudeau said the government has earmarked more money for Health Canada to expedite the approvals process for "new technologies" like these diagnostic devices.

Health experts and the opposition Conservatives have said Health Canada's regulatory process has been too slow to this point. Other Western nations have had such tests for months. 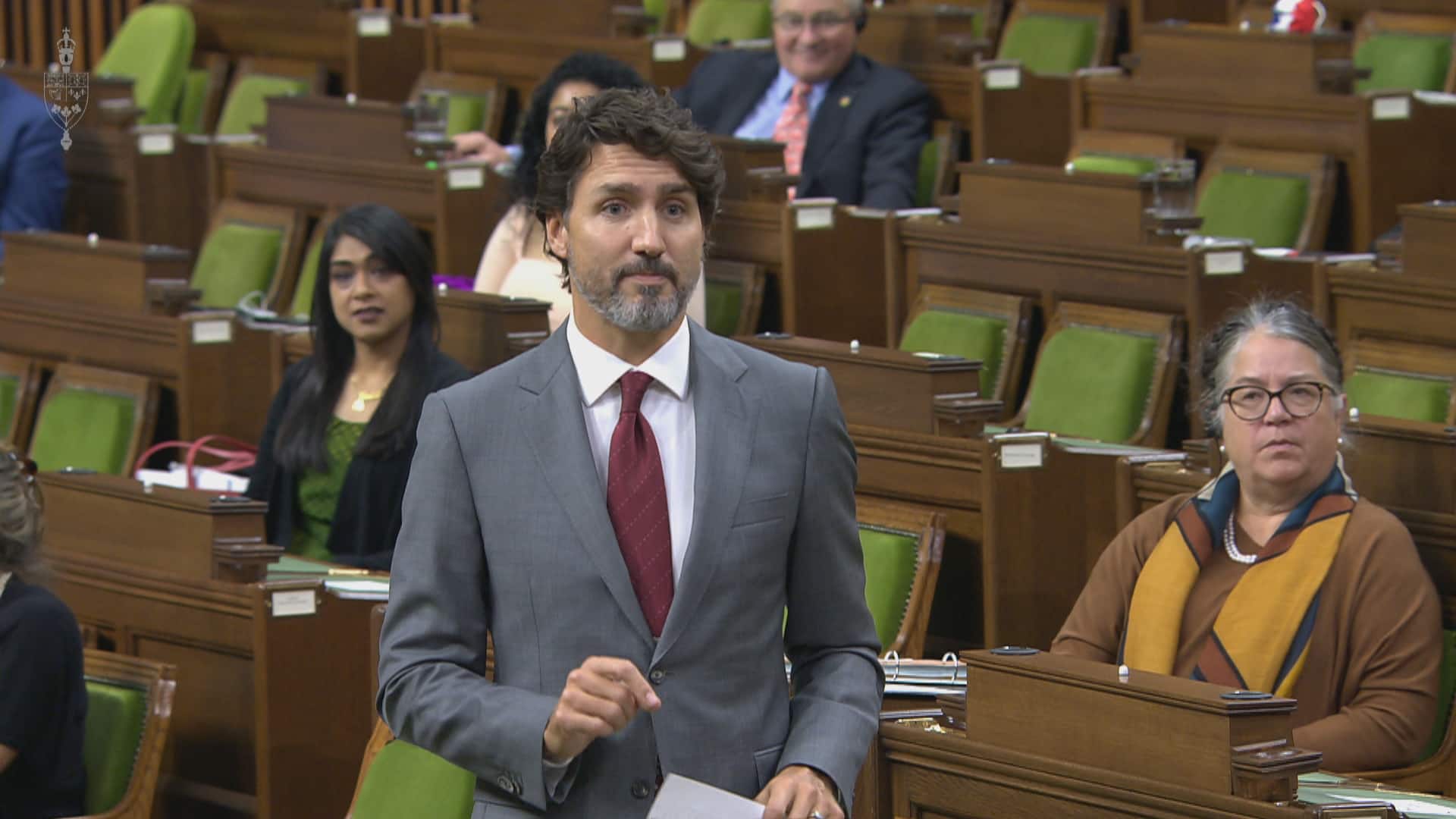 Trudeau said his government put "science first" to protect Canadians from faulty devices. He said regulators were not pressured to approve the device after the multi-million dollar order for Abbott's test.

The United States Food and Drug Administration first issued an emergency use authorization (EUA) to Abbott for the ID NOW device at the end of March — just one of 248 such authorizations the U.S. has issued for testing devices since the onset of the pandemic. Only three point-of-care tests have been authorized for use in Canada.

Some researchers have said this Abbott device has led to false positives in a small number of cases. The FDA re-issued a revised EUA on Sept. 18, saying that the test should be administered within the first seven days of the onset of symptoms.

The premier also said he's eager to see Health Canada approve another form of testing that could be used outside of health care settings: antigen devices which — like the ID NOW device — can produce COVID results in minutes.

The regulator hasn't yet approved any antigen tests. In fact, Health Canada only posted guidance for antigen device manufacturers to its website yesterday, seven months into the pandemic.

Ford said he wants to send antigen tests to high-risk places — such as some workplaces and schools — to identify positive cases early enough to avoid further spread.

"I think it's an absolute game-changer for the education system, for long-term care. It's absolutely critical. My frustration is, how can regulatory authorities in countries around the world approve this? How can the U.S. regulatory bodies approve this, and everyone's getting it, and it's taking this long to go through Health Canada?" Ford said.

"People can know in 15 minutes. Imagine that. Think about going to a pharmacy, getting the test, waiting outside, and coming back in in 15 minutes and you have your results. Why it's taking so long is just beyond me.

"I'm sorry, I don't want to always pick on Health Canada but they've got to move faster, quicker, please. We're in a crisis."

Ford said he was told Health Canada is reluctant to approve rapid testing devices after the botched approval of the Spartan Bioscience testing product early in the pandemic.

The device was found to be faulty after it was subjected to efficacy testing at the National Microbiology Laboratory. Health Canada had to issue a recall on the device in May after the federal government already had placed an order for 40,000 tests.

Antigen tests — which, depending on the device, use matter collected from a nasal or throat swab — don't require the use of a lab to generate results.

While much faster, these tests are considered by some to be less accurate than the "gold standard" — the polymerase chain reaction (PCR) testing process currently in use across Canada.

Antigen testing devices like Quidel Corporation's Sofia 2 SARS, which received emergency authorization from the U.S. FDA in May, can produce results in less than 20 minutes.

As of Tuesday, Quidel's device was still listed as "under review" by Health Canada.

Antigen tests have been used in thousands of U.S. long-term care homes for months.