Health Canada regulators on Tuesday approved another rapid COVID-19 test — the first antigen device to receive the necessary approvals for use in this country.

Health Canada regulators today approved another rapid COVID-19 test — the first antigen device to receive the necessary approvals for use in this country.

U.S.-based Abbott Laboratories can now sell and distribute the Panbio COVID-19 Ag Rapid Test Device, which can produce results in less than 20 minutes.

Public Services and Procurement Minister Anita Anand said today the federal government has signed an agreement to buy more than 20.5 million of these tests in the coming weeks. The devices are to be deployed to COVID-19 hotspots as demand for testing spikes and caseloads grow.

"Cases are on the rise and testing and tracing is more important than ever," Anand said.

The test is advertised as an option for mass testing in "decentralized settings." Health Canada has authorized it as a "point-of-care" test, meaning it can be used by trained professionals in pharmacies, walk-in clinics or doctors' offices.

While the U.S. Food and Drug Administration authorized two antigen testing devices months ago, Health Canada has been reluctant to put its stamp of approval on such tests.

Public health experts and Ontario Premier Doug Ford have been urging the regulators to make more testing options available as the province grapples with hours-long waits at hospital-run testing centres and a backlog of tens of thousands of samples to be tested.

Anand said the antigen tests are not designed to supplant the lab-based testing options currently in use across the country. 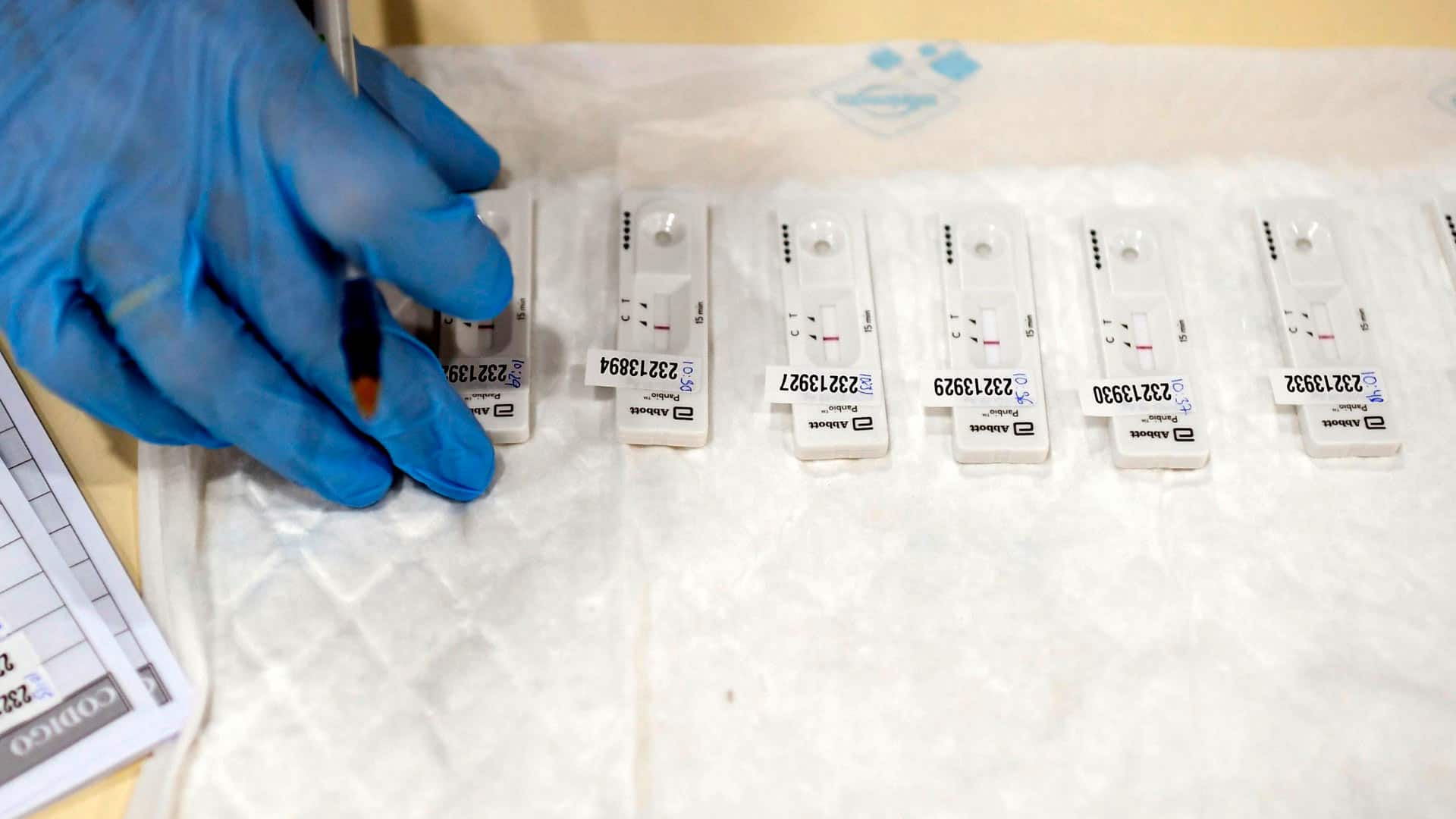 18 days ago
2:31
In an effort to reduce a testing backlog, Health Canada has approved a rapid antigen test for COVID-19 that produces results in less than 20 minutes. The federal government has ordered more than 20 million of the tests, but they’re believed to be less accurate than others. 2:31

"To be clear, the strategy in terms of our procurements is not to replace the standardized testing model but to enhance the capacity of provinces and territories to keep up with the increasing demand for tests. Our strategy is one of diversification across various testing types and models," Anand said, adding that the government has purchased enough swabs and reagent to conduct 200,000 conventional molecular tests per day for the remainder of the year.

Anand said 8.5 million tests will be distributed across Canada by year's end; the delivery schedule is to be finalized with Abbott in the coming days. Canada has secured options for 12 million more tests that could be ordered in the future if the government is satisfied with Panbio's performance.

"Everyone with a negative result will be able to go back to work or school as soon as possible," he said in French.

"They are easier to perform with limited training and can be done at the point-of-care with generally more rapid results," Hajdu said. "These are valuable tools for remote or isolated communities or special settings.

"If someone is symptomatic you can rapidly test them onsite and determine if they need a further PCR test, but it gives assurances in that setting. That will alleviate, in the long-term ... outbreaks and the contact tracing that has to be done."

Conservative MP Michelle Rempel Garner, the party's health critic, said it was "disgusting" of Hajdu to champion a new rapid test on the same day Ontario was sending some of its COVID samples to California because of a laboratory pileup. 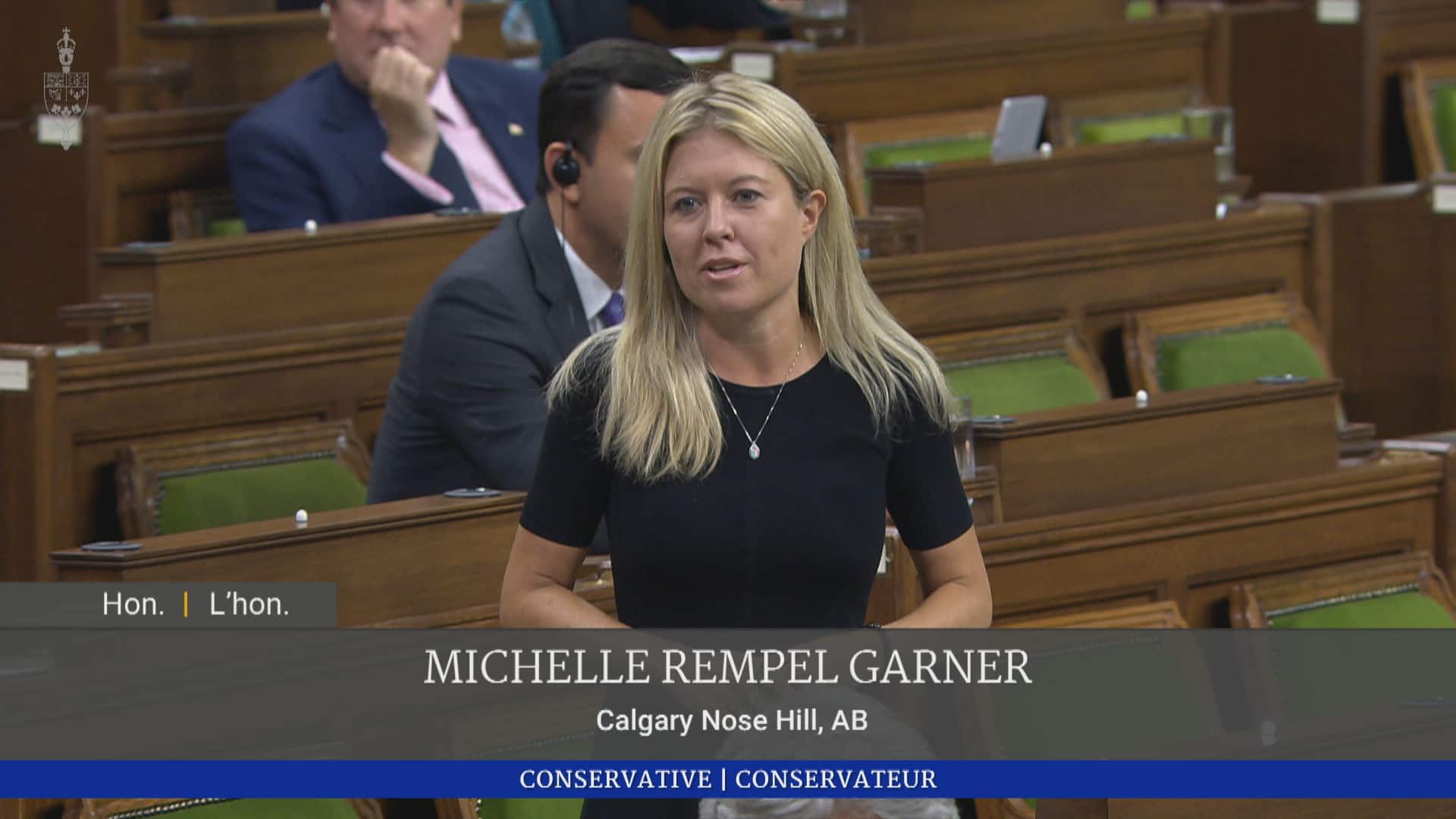 "The test they're talking about today won't be in the hands of Canadians until the end of the year. They had months to do this and they failed," she said in question period. "The prime minister has failed to deliver rapid tests. They're not coming anytime soon."

Health Canada approved another Abbott rapid test last week — the ID NOW, which is the molecular test that has been used at U.S. President Donald Trump's White House to screen staff since April.

The government has said 2.5 million such tests will arrive by December 31, 2020.

The Panbio is designed to give "preliminary test results," and, according to Abbott, a negative result "doesn't preclude SARS-CoV-2 infection."

The company warns that such a test "cannot be used as the sole basis for treatment or other management decisions."

The test is already in use in major Western countries such as France, where it is used to quickly identify those who have been infected in airports or hospital reception areas.

The antigen rapid tests — which, depending on the device, use matter collected from nasal or throat swabs — don't require the use of a lab to generate results.

While much faster, these tests are considered to be less accurate than the "gold standard" — the polymerase chain reaction (PCR) testing process currently in use across Canada.

Antigen tests, which detect the presence of viral proteins in a biological sample, are also considered highly accurate but they are not as sensitive as molecular PCR tests run through a lab. 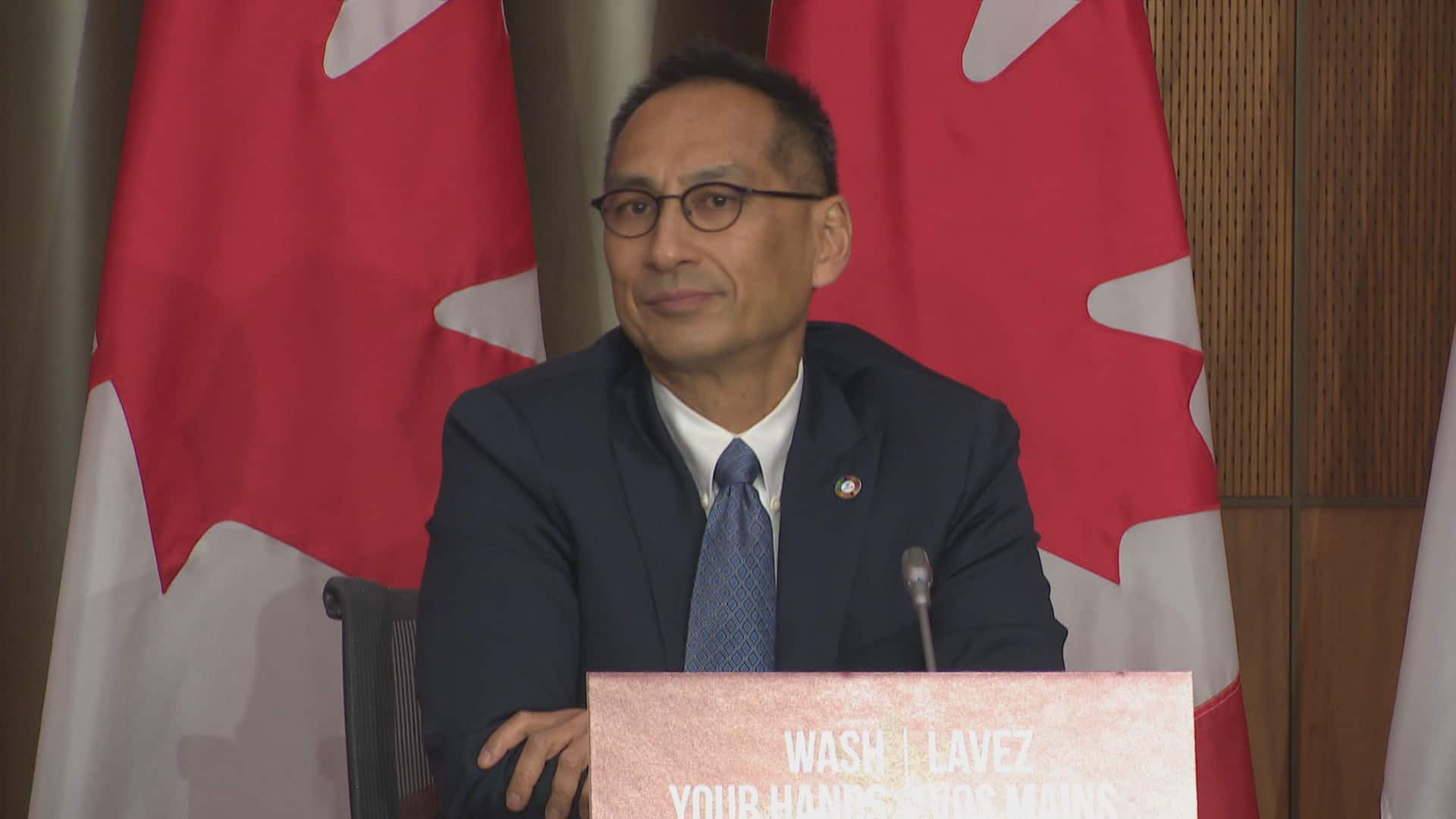 Njoo on the new rapid antigen test for COVID-19

Preliminary results from a clinical study conducted by Abbott on 241 samples found that the Panbio COVID-19 Ag test has a sensitivity rate of 93.3 per cent in people suspected of having been exposed to COVID-19 or showing symptoms in the past seven days.

Dr. Howard Njoo, Canada's deputy chief public health officer, said antigen tests are inexpensive and easy to administer and can be regularly deployed at specific workplaces (like meat-packing plants) or in congregant living settings — long-term care homes, homeless shelters, prisons or jails — to get an immediate read on someone's status.

Someone who receives a positive antigen test could then be sent for a follow-up PCR test to confirm the result, he said.