'The past is no place to linger': Stephen Harper farewell opens Conservative convention

Conservatives honoured Stephen Harper and his wife, Laureen, as the party opened its convention in Vancouver tonight. It was the first, and perhaps final, chance for the party's grassroots to hear from the man Canadians voted out of office last October. 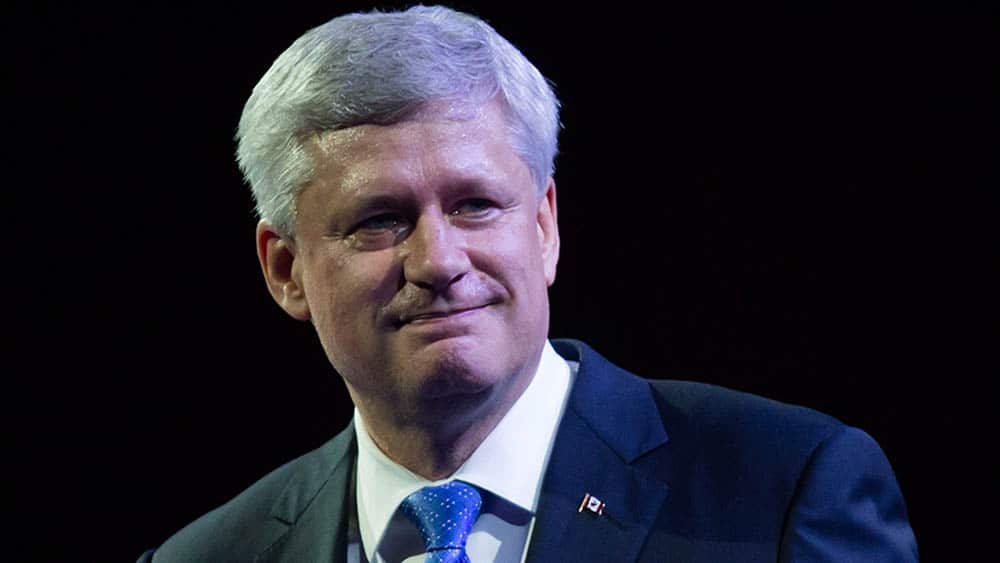 5 years agoVideo
17:18
Former prime minister is expected to resign as an MP this summer 17:18

The grassroots of the Conservative Party had waited a long time to hear from Stephen Harper.

When he finally spoke Thursday evening at the party's policy convention in Vancouver, he used remarks reminiscent of his campaign-style stump speeches to outline his key accomplishments as leader and thank the people who made it possible.

The man who served as prime minister for nearly a decade — and as party leader for longer than that — hadn't spoken publicly since announcing his resignation as leader by press release, following his party's defeat in the Oct. 19 federal election.

The former prime minister told the convention that he always found public life more of an honour than a burden.

Does he miss being leader? "I've come to quite enjoy being off centre-stage," the intensely private politician said.

"While the election last fall did not yield the result that we hoped for," he said, "the fact is our party has enjoyed a remarkable era of success."

His government's accomplishments, he said, were thanks to the party's volunteers and officials. He paid special tribute to the sacrifices his family, including his wife Laureen, had made during his time in office.

Looking around the room, he said he saw energy and passion to propel the party forward.

"The past is no place to linger," he told delegates. "The best is yet to come."

"In 2019, perhaps more than we understand even now, our country will need a strong, united Conservative party, ready to govern … a party driven by hope and hard work and by higher purpose that Canada can be and must always be the best country in the world."

The crowd responded with a standing ovation.

'It's not in his nature'

Harper's speech follows word this week that he intends to resign his seat in the House of Commons once it breaks for summer recess.

At first, Harper was said to have been reluctant to make remarks of his own.

"It's not in his nature … he doesn't run up to the microphone. I think that's the wonderful thing about him," said outgoing party president and close friend John Walsh. "I think he understands people have come from all across the country because they're really interested in hearing from him and thanking him."

He's been keeping his own counsel, letting the new team led by interim leader Rona Ambrose set the tone and direction as the party embarks on a long road to elect a new leader exactly one year from Friday.

The media staked him out, without success. He's not sat for exit interviews, nor has he dispatched proxies as spokespeople for his views.

Party officials said he wrote his final speech himself. 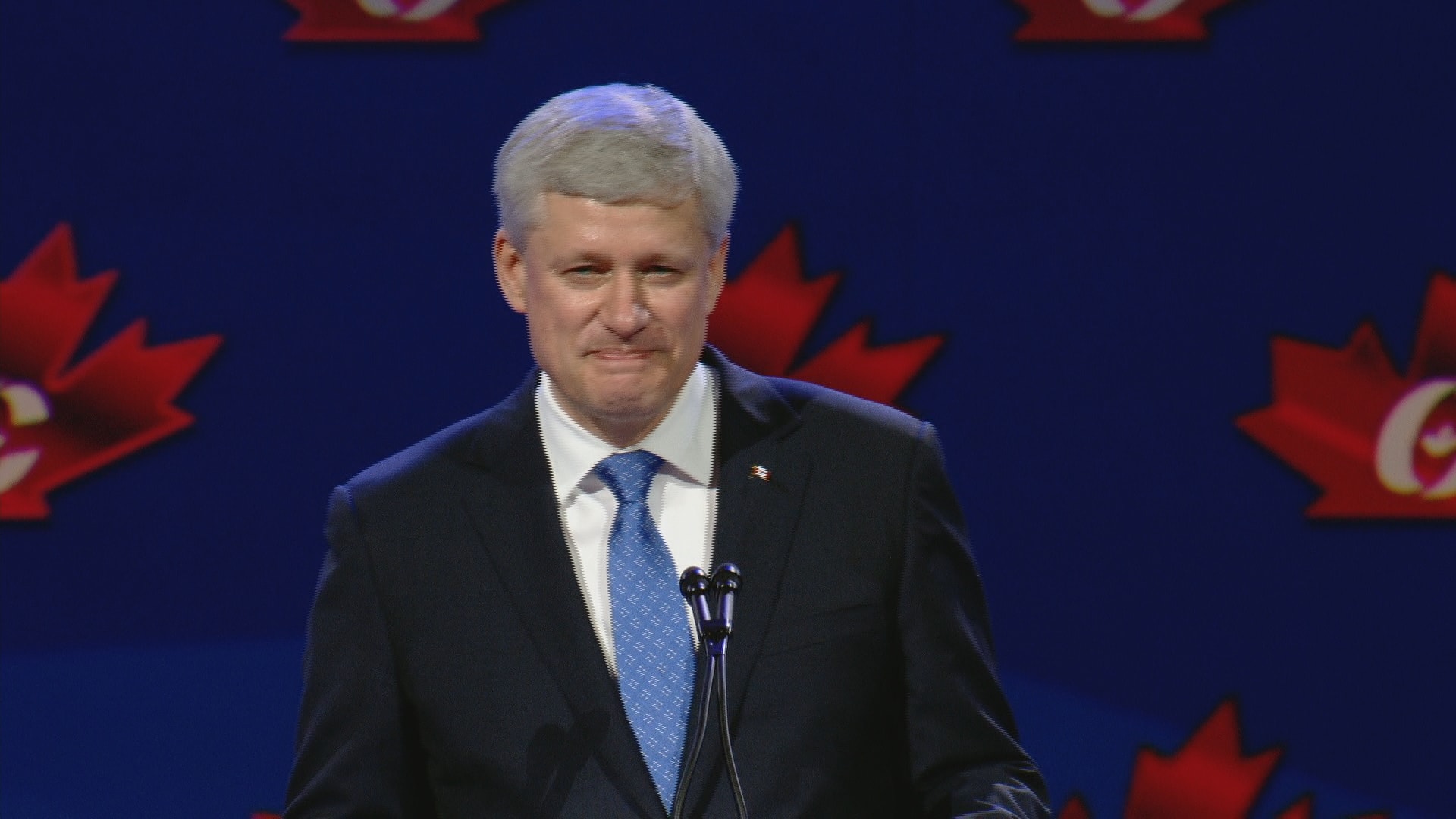 Harper attributes success to his family

His exit marks the beginning of a next act for Conservatives.

As a party currently without a permanent leader, this week's policy convention is a chance for grassroots members across the country to shape the policies and governance of their organization before a new chief grabs the reins and begins influencing the direction.

Sometimes his tone could have been taken a little differently.- MP  Karen Vecchio

Indeed, several constitutional amendments up for debate starting Friday morning seek to diminish the power held by the next leader, citing what some electoral district associations felt were mistakes made during Harper's tenure.

Dissenting voices are now more free to speak and offer alternative perspectives to the style and substance of Harper's management.

"Our prime minister Harper was phenomenal when it comes to the brilliance of how government should work," said southwestern Ontario MP Karen Vecchio ahead of the convention.

"It's just sometimes his tone could have been taken a little differently."

"He excelled in leadership and the ability to get things done," particularly in getting Canada through the economic recession of 2008-09, she said.

Sitting with newcomers like Vecchio in the House of Commons, Harper remains an active member with great influence on the Opposition bench and valuable experience to offer, despite refraining from speechmaking until now.

Fellow rookie MP John Brassard met privately with Harper when he first arrived on Parliament Hill and found him generous with his advice on how to represent his riding.

"For me it was a half-hour that I'll cherish," he said, adding it was "kind of neat" to sit down with a former prime minister.

"It was because of his leadership ... that we were able to bring the Conservative family together ... winning three back-to-back governments," said Alberta MP Michael Cooper, citing balancing the budget and concluding free trade agreements as key achievements.

"Mr. Harper's record was one of success and achievement. And it is a record that I and I believe our entire party is proud of," he said. "We have a strong base to build from. Our base held."

"History will be kind to him."