The Toronto lawyer who first challenged the appointment of Justice Marc Nadon says Prime Minister Stephen Harper's statements toward the head of the country's top court are "totally inappropriate."

Chief Justice Beverley McLachlin 'has not done anything wrong by raising the flag': Rocco Galati 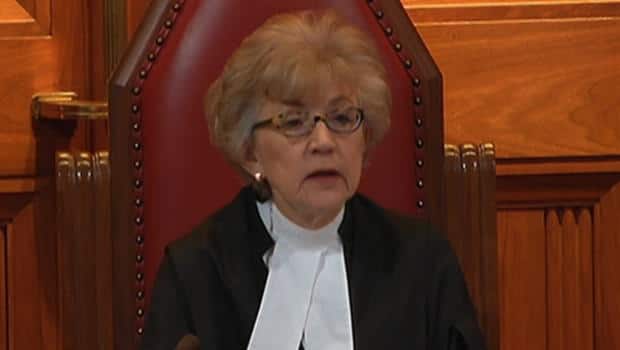 6 years ago
2:54
Justice Minister Peter MacKay and Toronto lawyer Rocco Galati take sides in the feud between the PMO and Canada's chief justice 2:54

The Toronto lawyer who first challenged the appointment of Justice Marc Nadon says Prime Minister Stephen Harper's statements toward the head of the country's top court are "totally inappropriate."

Rocco Galati says he believes Supreme Court Chief Justice Beverely McLachlin was right to warn the Conservative government that Nadon, a Federal Court of Appeal judge, might not fit the legal criteria set for Quebec appointees to the Supreme Court.

Galati said in an interview Harper should take much of the blame for the unprecedented public spat between the chief justice and the prime minister.

"I am shocked by the depravity of the prime minister in now making these ridiculous statements with respect to the chief justice, who is a person of integrity and had every right to raise this with the justice minister," Galati said Sunday.

"The chief justice has not done anything wrong by raising the flag. In fact, one of my complaints was that nobody had raised the flag before I went to court."

On Friday, Harper accused McLachlin of acting improperly last July when she advised his office and Justice Minister Peter MacKay of her concerns.

"I think if people thought that the prime minister, other ministers of the government, were consulting judges before them or -- even worse -- consulting judges on cases that might come before them, before the judges themselves had the opportunity to hear the appropriate evidence, I think the entire opposition, entire media and entire legal community would be outraged," he said in London, Ont.

"So I do not think that's the appropriate way to go."

McLachlin replied in a statement saying she only wanted to ensure that the government was aware of the eligibility issue, but didn't express any opinion on its merits.

Harper ended up nominating Nadon, a semi-retired 64-year-old with a specialty in maritime law, and McLachlin swore him in last October.

Galati then challenged the appointment in court.

In March, the top court agreed by a 6-1 margin that Nadon did not meet the eligibility requirements, rejecting the wishes of the Conservative government.

Given that MacKay and McLachlin discussed Nadon's nomination last summer, Galati said the Harper government was "hoodwinking" the public when it claimed to be taken aback by the court's decision.

A statement from the Prime Minister's Office at the time said it was "genuinely surprised" by the court's rejection of Marc Nadon.

Harper said last week he consulted constitutional and legal experts both within and outside the government, and they believed Nadon was eligible.

Jason MacDonald, a spokesman for Harper, said Sunday the prime minister "believes he took the right actions, and he stands by his comments."

McLachlin 'should never have administered oath'

But Galati isn't the only one to raise concern about last week's public spat between Harper and the chief justice.

The Canadian Bar Association also called on Harper to acknowledge the chief justice has done nothing wrong.

The group's president Fred Headon said Friday he hopes the dispute is a misunderstanding and worried that Harper's comments could erode public confidence in the Supreme Court.

Still, in Galati's view, McLachlin should also bear some responsibility for letting the controversy reach this stage.

He said she should not have sworn Nadon in as a Supreme Court justice if she thought he wouldn't be eligible.

"I don't think the chief justice should be left off the hook in this sense -- she should never have administered the oath."