How Trump's campaign could cost the Republicans their majority in Congress

After the release of a video showing Donald Trump making offensive comments about women, Republicans have abandoned their presidential nominee in droves. Paul Ryan has pledged to spend the rest of his campaign fighting to hold his party's majority in Congress. That won't be easy.

But if the bottom continues to fall out of his campaign, he might drag the Republican-controlled Senate and House of Representatives down along with him.

Americans will not only be voting for their next president on Nov. 8. They will also be filling many other offices, ranging from county sheriff to state governor. The most important races after the presidency, however, will be in the two chambers of the U.S. Congress.

Every two years, one-third of the seats in the Senate and all 435 seats in the House of Representatives are up for grabs. The Republicans have controlled both chambers since the 2014 midterm elections.

The Senate was always going to be hotly contested in this campaign. But the House has been considered safe for the Republicans, thanks in part to the highly politicized electoral boundaries that tend to benefit them disproportionately.

But with Trump's poll numbers dropping fast, the House may be in play.

According to the Presidential Poll Tracker, the margin between Donald Trump and Hillary Clinton has more than doubled to five points in the past two weeks. Over that time, Trump has put up two poor debate performances and his campaign has been thrown into chaos by the release of a 2005 video in which Trump makes lewd and offensive comments about women.

Paul Ryan, Speaker of the House of Representatives and one of the leading figures in the Republican Party, has said he will no longer defend Trump. Instead, he will focus on defending the Republican majority in the House. And with good reason.

The polls suggest the Democrats are nonetheless on track to win the most votes at the congressional district level. The Huffington Post's Pollster shows the Democrats lead the Republicans by a margin of 45 to 41 per cent on a generic national House ballot.

That lead has held steady in the polls throughout this volatile presidential campaign, suggesting voters are not reacting as dramatically in their voting intentions for the House as they are for the White House.

But a four-point Democratic edge nationwide won't be enough to win a majority in the House of Representatives. The party won the popular vote in 2012, for instance, but the Republicans still won the majority of seats. The last time the Democrats did win the House, in 2008, the party bested the Republicans by 10 points.

As the vote in the House of Representatives generally tracks the presidential vote, Clinton's five-point lead over Trump likely won't be enough.

But if Clinton's lead over Trump continues to grow — a few recent polls have put her lead in the double-digits — then the prospects for the Democrats improve significantly. If she beats Trump by a similar margin to Barack Obama's seven-point defeat of John McCain in 2008, Paul Ryan may find himself back in the minority.

If things go badly enough for the Republicans that they lose the House, the Senate will have been lost long before.

The Democrats need a net gain of only four seats in the Senate to win back their majority (assuming Hillary Clinton wins the presidency, as a tie is broken by the vice-president). The 34 Senate seats up for election this year were last up for grabs in 2010, which was a bad year for the Democrats. The Republicans are the incumbent party in 24 of those seats, meaning they will be on the defensive.

Two Republican seats look like easy pickings for the Democrats: Illinois and Wisconsin. But the Democrats might be in trouble in Nevada, where Senate minority leader Harry Reid is retiring. Polls have shown Republican Joe Heck ahead of the Democrats' Catherine Cortez Masto.

That means the Democrats need to identify three other seats they can win. They have options in Indiana, Pennsylvania, New Hampshire, North Carolina and possibly Missouri.

But the polls have been very close in some of these states. Three surveys conducted in October in Pennsylvania have either given Republican incumbent Pat Toomey the lead, put Democrat Katie McGinty ahead, or have shown the two in a tie.

Polls in New Hampshire have alternated between giving the advantage to Republican incumbent Kelly Ayotte and Democratic challenger Maggie Hassan.

The Democrats in both Pennsylvania and New Hampshire, however, are likely to be boosted by Clinton's strong local support. But the Senate race in North Carolina could be as close as the national race.

That is, if the national race doesn't continue to move in Clinton's direction. If Trump's numbers keep sliding, he is likely to depress Republican turnout. Paul Ryan and others — including Ayotte, Heck and Mark Kirk of Illinois — may have given up trying to get people to vote for Trump, but they still need voters to tramp out to the polls to cast a ballot for Republican Senate and House candidates.

By giving Donald Trump the keys to their party, the Republicans may have locked themselves out of the White House. Over the next four weeks, they will have an uphill fight keeping the doors to both chambers of Congress pried open, too. 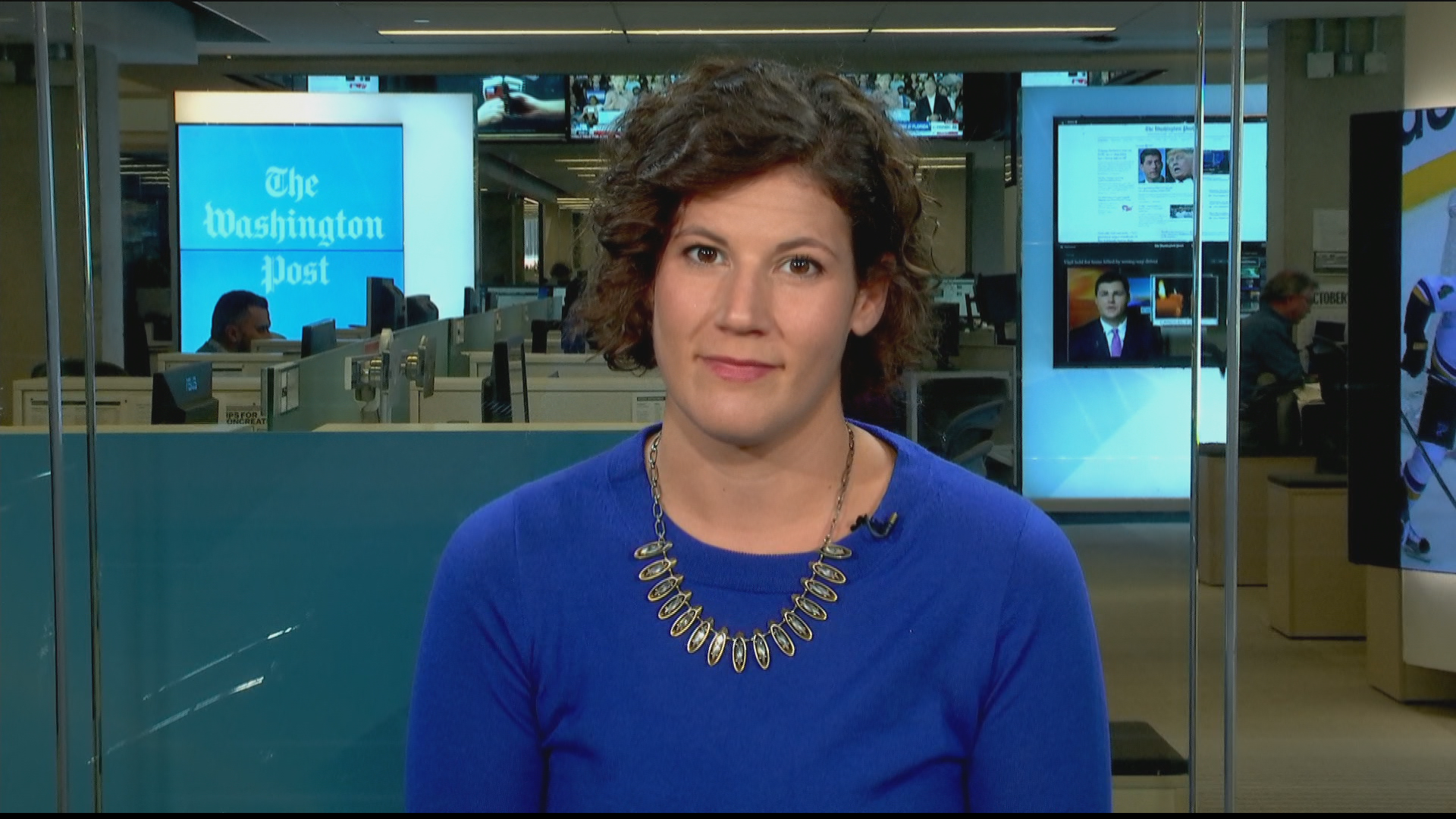 Republicans back away from Trump

5 years ago
7:56
Kelsey Snell of the Washington Post discusses the rift in the Republican party and how it could hurt the party's chances in House and Senate races. 7:56