Hillary Clinton has the lead for the final weekend, but will it hold through Tuesday? | CBC News Loaded
Politics·Analysis

Hillary Clinton has the lead for the final weekend, but will it hold through Tuesday?

Hillary Clinton might have stopped her decline in the polls with just a few days left in the U.S. presidential campaign. But the odds that Donald Trump can win are as good as — or better than — Mitt Romney's four years ago.

As the American election campaign rolls into its final weekend before Tuesday's vote, Hillary Clinton remains the favourite to become the next U.S. president. Her edge over Donald Trump remains narrow but her recent decline in the polls seems to have halted.

Nevertheless, the margin she enjoys over the Republican nominee remains small enough that it could be overturned over these final days.

As of Friday's Presidential Poll Tracker update, Clinton has the support of 47.4 per cent of decided voters, compared to 44.5 per cent for Trump. That margin of 2.9 points is far more comfortable than the 1.9-point margin she had in the polls at the beginning of this week.

(By the time you're reading this, these numbers may already be out of date. Check out the Presidential Poll Tracker here to see the latest projections, which will be continuously updated in the run-up to election day.)

Though the polls are not all moving in Clinton's favour, the general trends seem positive for the Democratic nominee. The daily tracking polls have shown her numbers either holding or improving, while a handful of non-tracking polls published at the end of the week indicated wider leads.

Her advantage in the electoral college remains significant. Clinton is ahead in enough states to give her 323 electoral college votes, with the remaining 215 going to Trump. But there are enough tight swing states to push Trump over the 270 mark needed to win.

To get there, he will need to make some gains between today and Tuesday. Considering where the polls stood on the final weekend before the votes in 2012, 2008 and 2004, that is certainly possible.

Over the last three elections, the margin between the Republican and Democratic candidates has only shifted by 1.1 points or less, according to RealClearPolitics's polling averages for the Fridays before past election days and on election day itself.

There have been greater differences between the polls on the Friday before election day and the actual results — but not always. In 2004, George W. Bush won by 0.2 points less over John Kerry than the polls had predicted four days earlier. Barack Obama's margin of victory over John McCain was 0.7 points wider on election day.

Those kinds of shifts would not sink Hillary Clinton. At most, it could swing one close state over to Trump.

But four years ago, Mitt Romney was trailing Obama by just 0.1 point in RealClearPolitics's average on Friday, Nov. 2. On election day he lost by 3.9 points — a shift of 3.8 points. If that kind of movement occurs between now and Tuesday, it would be more than enough to place Donald Trump in the White House.

(Note that these shifts might not represent actual changes in voting intentions, but rather caused by factors such as polling error and unexpected voter turnout.)

The 2016 U.S. election, however, is a very different beast. Voting intentions were very stable over the final weeks of the last three elections. In 2012, Obama's lead over Romney held at two points or less over the final month. In 2008, his lead over McCain never wavered from a range of five to eight points.

Since the beginning of October, the margin between Hillary Clinton and Donald Trump has been as wide as eight points and as narrow as two, suggesting the potential for an unusual degree of volatility over the final days of the campaign.

Follow the U.S. election on Tuesday, Nov. 8 with CBC News

CBC online: Our day starts first thing in the morning at cbcnews.ca with news and analysis. Then as polls close you can get live results and insights into the conversations happening on the ground and online. We'll cover the story from a Canadian perspective all day until a new U.S. president is declared.

What kind of swing would be needed for Donald Trump to put together a winning electoral map?

Trump's odds of taking back a few states that Obama won in both 2008 and 2012 are good. The Republican nominee is up by about six points in Iowa and four points in Ohio. Nevada, which is leaning Clinton by less than a point, is a coin toss.

But in order to win the White House, Trump will need to win more than that. He would need to overturn his two-point deficits in both Florida and North Carolina — the latter a state that Mitt Romney won four years ago.

The next state on Trump's winnable list would be New Hampshire, where he is behind by a little more than two points. If he takes it while winning the other states mentioned above, he would tie Hillary Clinton in the electoral college at 269 votes apiece. And that would send the decision on who becomes president to the (likely) Republican-controlled House of Representatives.

His other options would be to win states like Michigan, Colorado or Pennsylvania, where he trails by three to four points. His odds of winning these states would be between one-in-five and one-in-10, based on past differences between the polls and election results.

How does that compare to the map Mitt Romney had to assemble in 2012? It is very similar, at least in terms of the kind of swing Romney needed — a swing of about three points in his favour would have shifted enough toss-up states to win him the election.

That means Donald Trump is as likely to win the election on Tuesday as Mitt Romney was in 2012, at least on paper.

But Trump has a few advantages Romney did not.

Trump has spent the last week making gains in the polls, while Romney's numbers were stagnant. Clinton's unfavourable ratings are far higher than Obama's were four years ago (though Trump is less popular than his Republican predecessor, too). And assumptions based on past electoral experience have proven unreliable ever since Trump launched his unorthodox campaign last year. 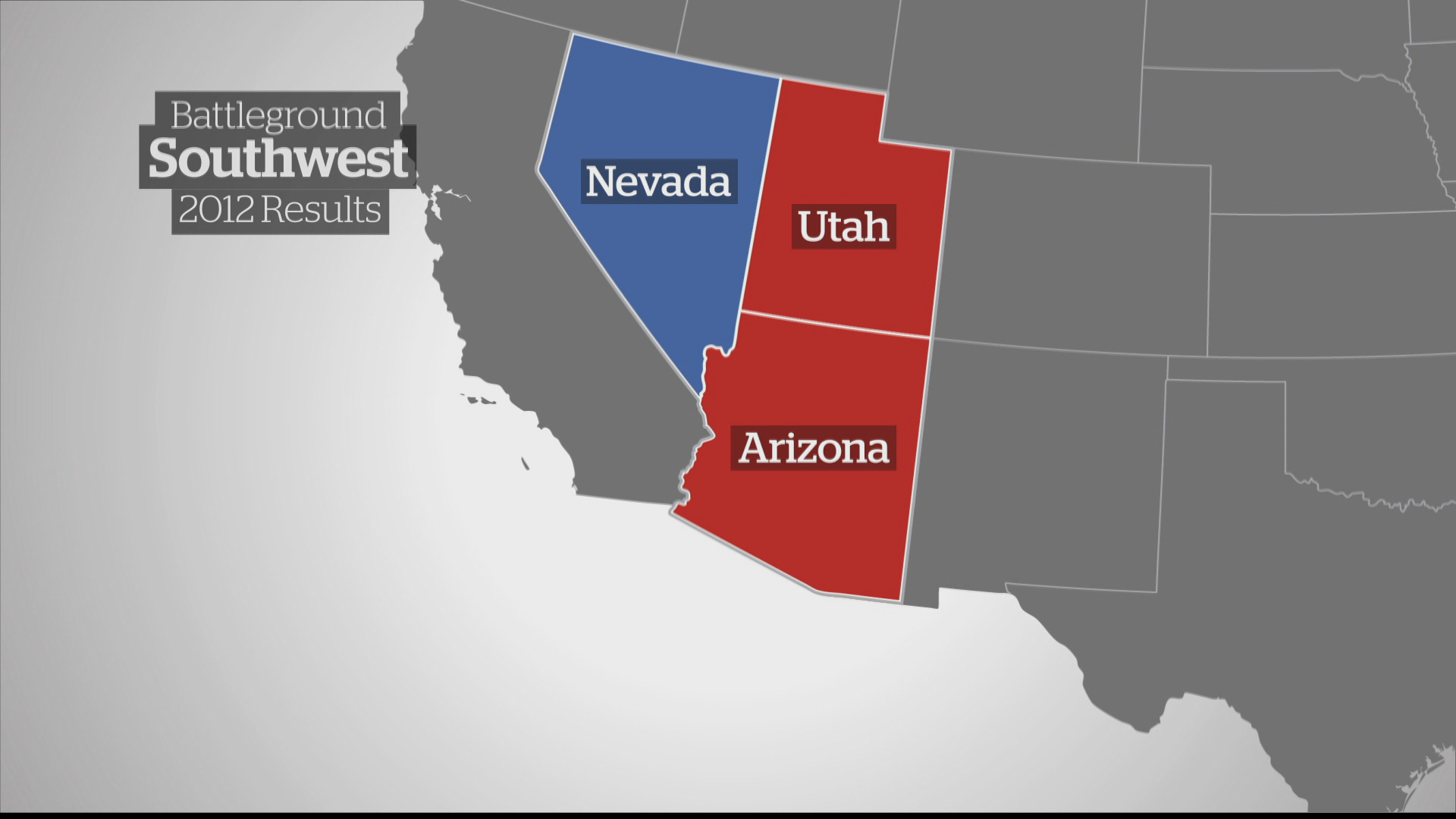 The Presidential Poll Tracker includes all published mainstream surveys, a list of which can be found here. The polls are weighted by sample size and date, as well as the reliability of each pollster as rated by FiveThirtyEight.com. The electoral college is projected by applying the same weighting standards to state-level polls and combining this with a uniform swing model, based on how the current national polling average compares with the 2012 presidential election. Surveys included in the model vary in terms of sample size and methodology and have not been individually verified by the CBC. A full methodological explanation can be found here.