As his approval rating reaches new lows, Donald Trump boasts about good polls, dismisses bad ones and makes easily refutable claims about the size of his base.

Donald Trump has a complicated relationship with polls.

The U.S. president's approval rating has dropped to an all-time low since modern polling began, making him the most unpopular sitting president at the 200-day mark of his administration. Republicans are still largely sticking with him, but his most die-hard supporters are fewer and fewer.

One might think this would encourage Trump to ignore his polling numbers. Instead, he tweets about them. And when he does, he invariably gets some — or all — of it wrong.

Trump's approval rating has consistently dropped since he took office in January. Six polls conducted over the last week (by CNN/SSRS, Gallup, IBD/TIPP, Ipsos, Rasmussen and SurveyMonkey) put his average approval rating at 37 per cent, with 58 per cent of Americans disapproving of his job performance.

That largely matched where he stood on election night, when he captured 46 per cent of the popular vote — two points behind Hillary Clinton.

Trump's numbers are not terrible by Canadian standards. Justin Trudeau's approval rating stands at 50 per cent and Stephen Harper's was routinely below 40 per cent while he presided over a majority government between 2011 and 2015. A recent Angus Reid Institute poll found only two premiers with a higher approval rating in their home province than Trump has in the United States.

But the American president's numbers are historically bad by American standards.

After 200 days in office, U.S. presidents since Harry S. Truman have averaged an approval rating of 62 per cent and a net approval rating (approval minus disapproval) of +37. Trump, by comparison, is at -21. None of his predecessors since the Second World War have had as low an approval rating as Trump does today at this point in their presidencies.

His closest comparable, Gerald Ford, had a 39 per cent approval rating (though only a -3 net rating) a few months after taking over Richard Nixon's disgraced administration. But Trump joins only Ford and Bill Clinton in not having a majority of Americans approving of his performance after less than seven months in the job.

Trump base isn't 'bigger and stronger'

On Monday, the U.S. president tweeted that "the Trump base is far bigger & stronger than ever before (despite some phony Fake News polling)."

Trump has made much of the failure of the polls to predict his victory in last year's presidential election. But that miss was largely due to errors in a few swing states that delivered Trump an electoral college win while he lost the popular vote.

The polls did predict the margin between Clinton and Trump quite accurately at the national level, estimating Clinton would win by three or four points rather than her actual two-point victory. The approval ratings polling Trump has dismissed is based on the same kind of national polling that hit the mark in 2016.

Those polls show that Trump's base is not bigger or stronger than it has ever been. Polls show anywhere from 71 to 84 per cent of Republicans approve of his performance.

The Trump base is far bigger &amp; stronger than ever before (despite some phony Fake News polling). Look at rallies in Penn, Iowa, Ohio.......

That puts him in a similar, if potentially lower, range than his predecessors, who averaged an 82 per cent approval rating at about this point in their mandate in Gallup's polls among their own party's supporters.

At this point in their administrations, Barack Obama, George W. Bush, Ronald Reagan, Nixon, John F. Kennedy and Dwight D. Eisenhower were all polling better among their party's supporters than Trump is today. The current president is only beating the previous marks put up by Clinton, Jimmy Carter and Ford, and his numbers have been worsening.

But Republicans are not necessarily Trump's core base, as he demonstrated in the Republican Party primaries when few establishment figures were willing to endorse him.

His true base, however, has been getting smaller, not bigger. Rasmussen has found that just 26 per cent of Americans "strongly approve" of Trump, down from 42 to 44 per cent in the first days of his presidency.

That is a significant drop in his core base — and from one of the pollsters Trump has praised in the past.

Past polling tweets missed the mark

This wasn't the first time that Trump has tweeted about polls with inaccurate or misleading information.

In June, Trump boasted about the latest results from Rasmussen, calling the pollster "one of the most accurate in the 2016 Election" and highlighting how it put his approval rating at 50 per cent. It was an outlier at the time and Rasmussen's approval rating score for Trump has since fallen to 41 per cent.

The new Rasmussen Poll, one of the most accurate in the 2016 Election, just out with a Trump 50% Approval Rating.That's higher than O's #'s!

But Trump also claimed that his 50 per cent was "higher than O[bama]'s [numbers]!"

While Obama's approval rating did drop below 50 per cent for some of his time in office, Rasmussen put it at 55 per cent on Jun. 18, 2009, higher than Trump's rating on the same day eight years later.

In July, Trump tweeted about an ABC News/Washington Post poll, writing that "even though almost 40 per cent is not bad at this time, was just about the most inaccurate poll around election time!"

The ABC/Washington Post Poll, even though almost 40% is not bad at this time, was just about the most inaccurate poll around election time!

Almost 40 per cent, however, was indeed bad at that time. At the 177-day mark, the date Trump made this tweet, past presidents have averaged an approval rating of 61 per cent. Only Ford, at 35 per cent, was worse than Trump at that point in time.

And the ABC News/Washington Post poll was far from the most inaccurate. Its final poll of the presidential campaign pegged Clinton at 49 per cent to Trump's 46 per cent. The final result was 48 per cent for Clinton and 46 per cent for Trump.

The Trump base, though smaller and weaker than ever before, likely won't be disturbed by any of this. But if supporters' only source of information about Trump's polling numbers are coming from Trump himself, the news they are getting is inaccurate. Some might even call it fake. 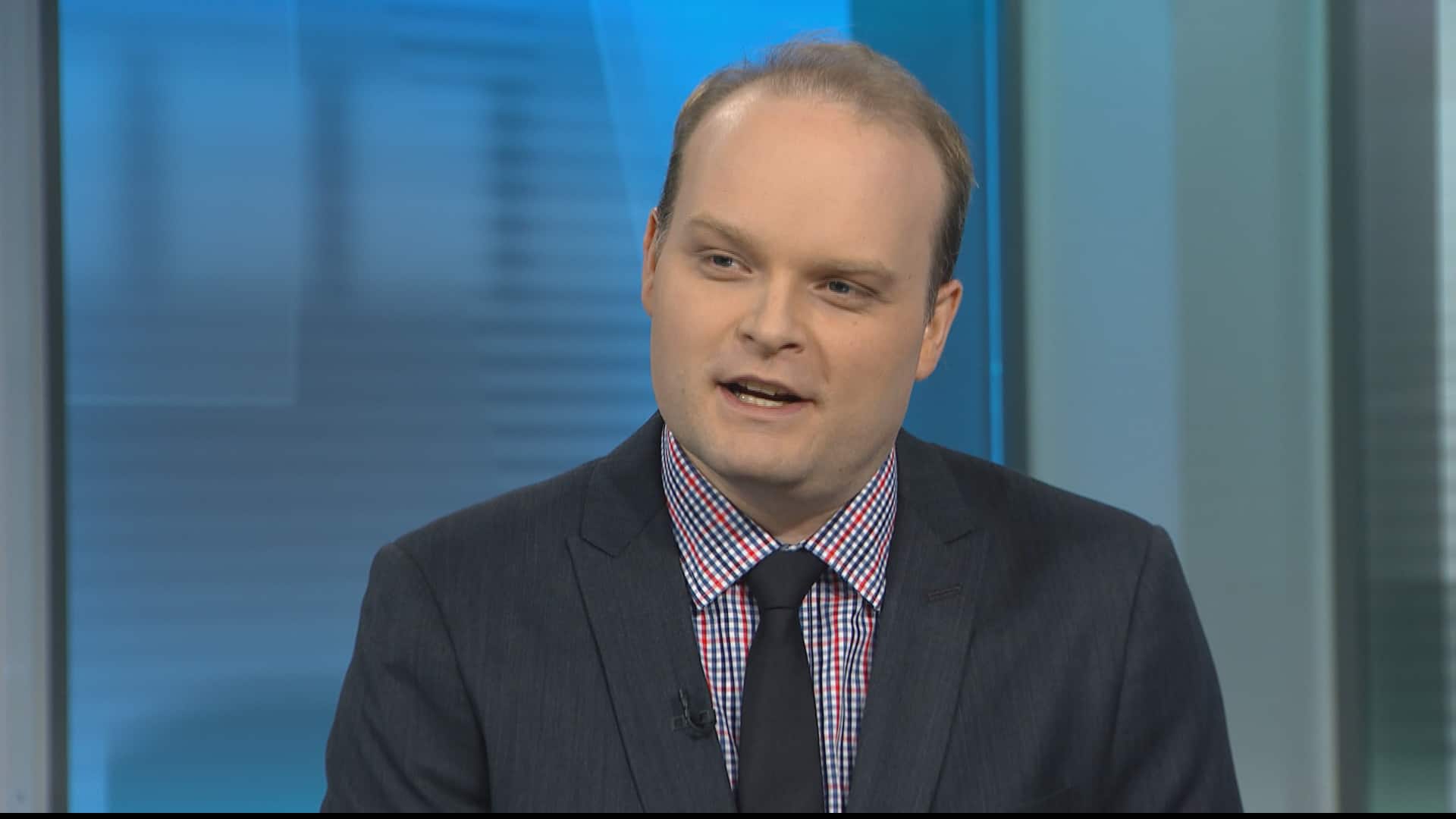 3 years agoVideo
2:41
CBC’s Eric Grenier crunched the numbers and has the details 2:41