The Liberals have comfortably led in the polls since the 2015 federal election. No longer.

For the first time in more than two years, Liberals' re-election odds now a toss-up

For the first time since they won a majority government in 2015, the re-election chances of Justin Trudeau's Liberals are in doubt after multiple polls show the party losing support or trailing behind Andrew Scheer's Conservatives.

And the prime minister's widely-panned trip to India might be behind it.

The Conservatives now narrowly edge out the Liberals in the CBC Poll Tracker — an aggregation of publicly available polls weighed by date, sample size and pollster track record — with 36.1 per cent support to 35.7 per cent. This is the first time the Conservatives have inched ahead of the Liberals since the last election campaign.

The New Democrats, with 17.8 per cent, trail in third, followed by the Greens at 6.1 per cent and the Bloc Québécois at 3.1 per cent.

Just as Trudeau's visit to India was coming to a close — but before the trip's impact could be recorded in polls — the Liberals enjoyed a 5.5-point lead over the Conservatives. Since then, however, the two parties have traded about three points' worth of support, pushing the Liberals down to their lowest level in over two years.

If an election were held today, the outcome would be little more than a toss-up. The Poll Tracker estimates that the Liberals would have only a 57 per cent chance of winning the most seats, with the Conservatives' chances pegged at 42 per cent. 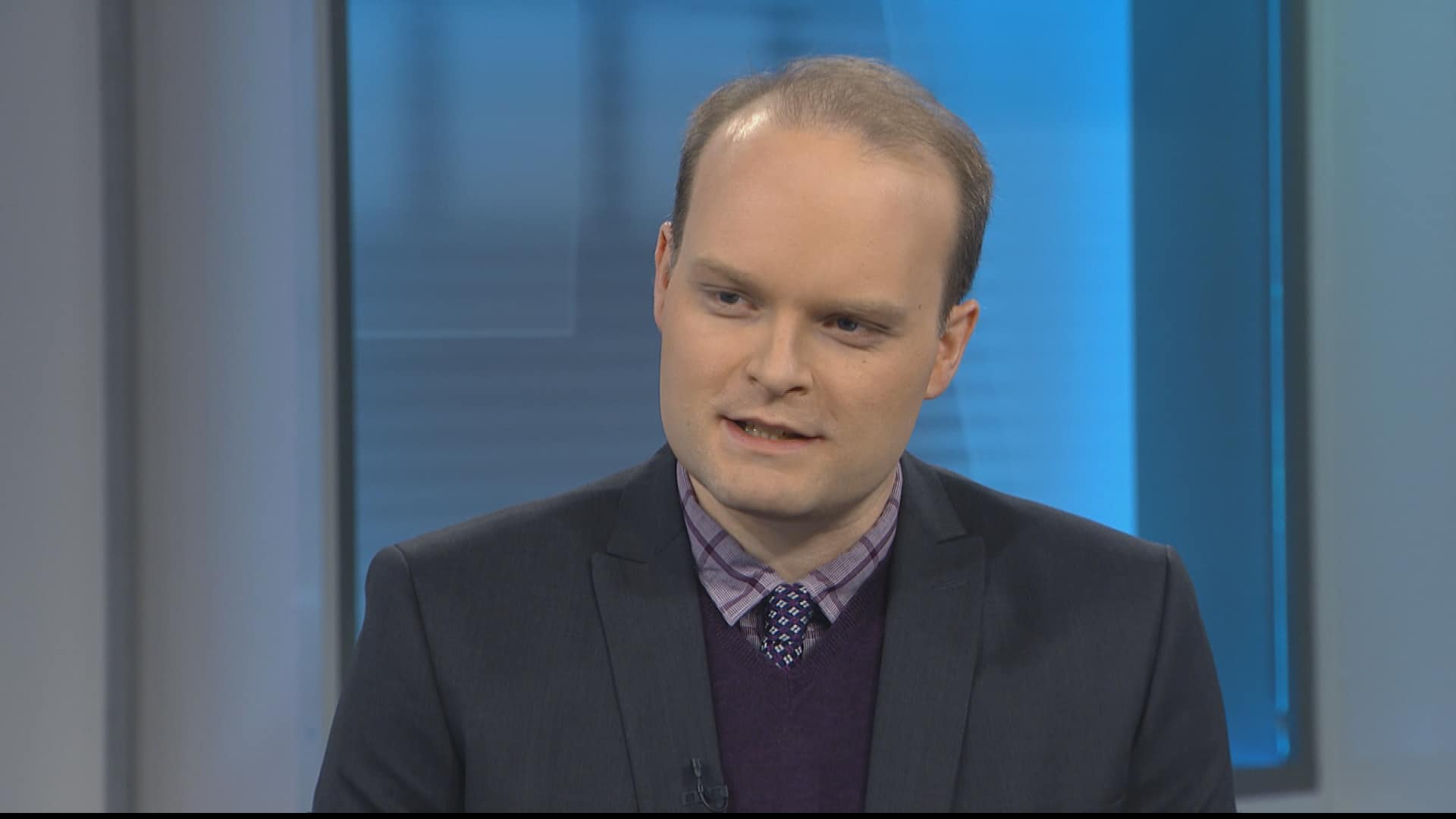 The Liberals still come out ahead in the seat count due to their wide lead in Quebec, where the party could increase its seat count by 20 or more.

But that only goes some way toward making up for the 40 to 50 seats — primarily in Ontario and Atlantic Canada — that the party likely would lose at these levels of support.

While the polls are unanimous in finding that Liberal support has softened, there is less of a consensus on whether the Conservatives or Liberals are ahead.

Nevertheless, the two polls both found the Conservatives up seven points over where they stood in mid-December, with the Liberals down four (Forum) or five (Ipsos) points since then.

In a poll published Tuesday, Nanos Research pegged the Liberal lead at just under four points. But the Nanos survey is a four-week rolling poll and any recent downturn in Liberal fortunes may be slow to reveal itself. Nevertheless, the margin between the Liberals and Conservatives narrowed by 2.4 points — an above-average week-to-week shift for Nanos. 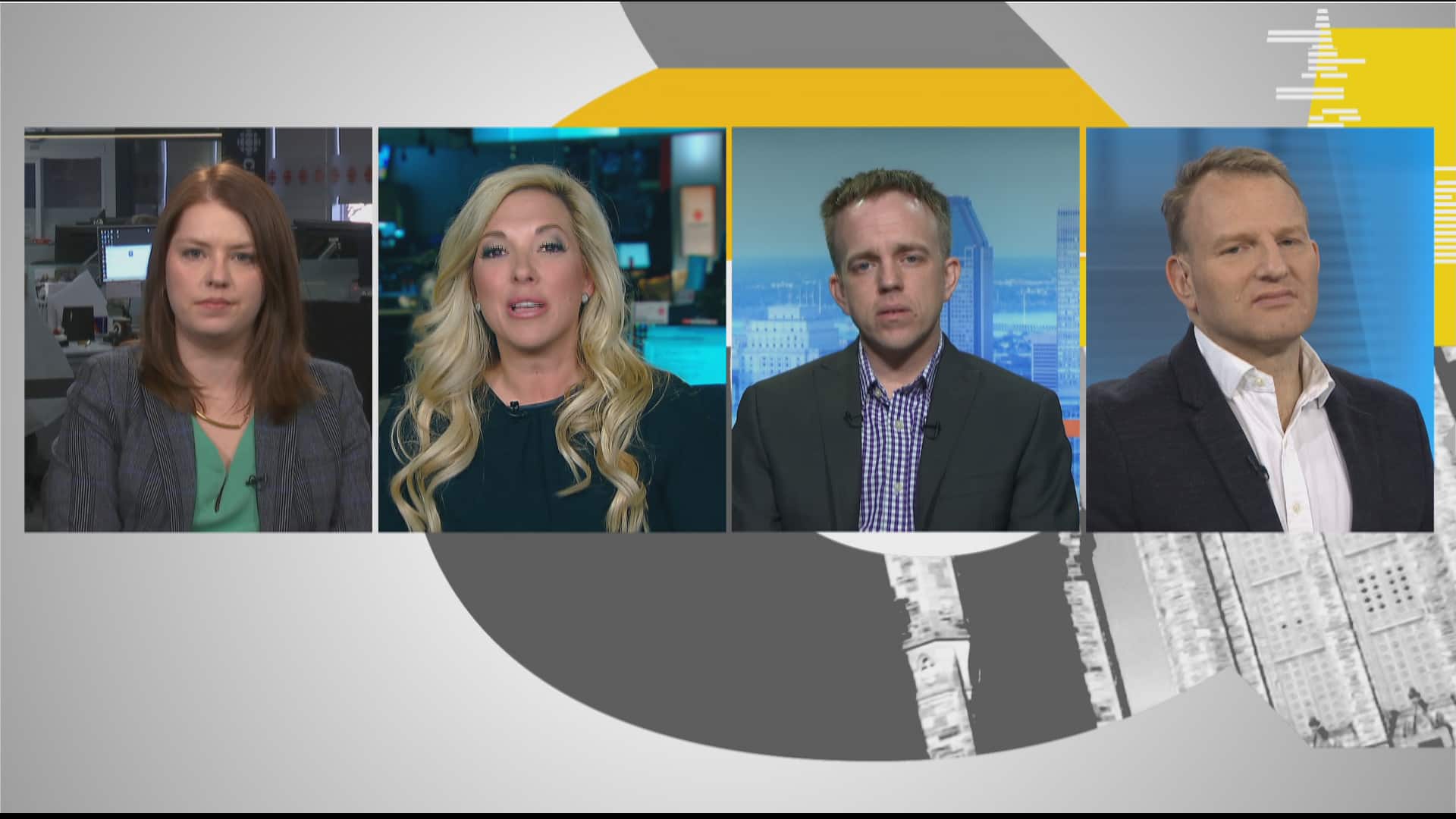 Power Panel: What's behind the Liberals' slip in the polls?

And a survey published Wednesday by Abacus Data shows the Liberals ahead by three points, a four-point reduction in their lead over the Conservatives since January.

That the polls range between a four-point lead for the Liberals and a five-point edge for the Conservatives is broadly consistent with a tie between the two parties. But as recently as two weeks ago, the Liberals were comfortably ahead — a position the party perhaps would expect to occupy this far into its first mandate, against two leaders who still have low profiles.

Though it's impossible to pinpoint the cause of this change in Liberal fortunes, the Abacus poll seems to point the finger at Trudeau's Indian tour.

The controversy surrounding the decision to invite Jaspal Atwal, a man convicted of attempted murder in relation to an attack on an Indian cabinet minister in the 1980s, to events tied to the prime minister's visit (and the subsequent insinuation by a government official that the Indian government was behind it) may have undermined the Liberals' polling position. Trudeau's repeated appearances in traditional Indian garb — and the mockery that accompanied it — may have compounded the problem.

The Abacus poll found that those who rated Trudeau's handling of the deficit, the economy and taxpayers' money as poor has increased by only one to three points since October. That's a relatively insignificant shift, which suggests that the federal budget, presented in the midst of Abacus's polling, had little impact on Liberal support.

It's unlikely that either Scheer or NDP Leader Jagmeet Singh have had much to do with this shift in support. Abacus found that Canadians' impressions of the two leaders have not changed significantly in the last few months. A majority of Canadians say they have neither a positive nor a negative impression of Scheer and Singh, so it's hard to chalk up the Liberals' decline to their personal appeal.

Instead, dissatisfaction with Trudeau himself appears to be benefiting the Conservatives (and, to a far lesser extent, the NDP) by default.

Bloc's troubles hurting them, too

The Liberal party isn't the only one suffering from self-inflicted wounds. On Feb. 28, seven of the Bloc's 10 MPs left the caucus to sit as independents to protest the leadership of Martine Ouellet. Since then, the party has averaged just over 12 per cent in the Forum, Ipsos and Abacus polls (which were mostly or entirely taken after the split).

That is down six points from where these three pollsters pegged the Bloc when they were last in the field — a drop that could easily wipe the party from the electoral map.

Both the Conservatives and the New Democrats appear to have benefited from this decrease in Bloc support, but not enough to put much of a dent in the Liberals' overall lead, or their ability to steal seats away from the Bloc. Based on where the four parties stand in Quebec, the Poll Tracker estimates that all 10 of the seats won by the Bloc Québécois in 2015 likely would go to the Liberals if an election were held today.

But the next election is still 19 months away and lots will change between now and then. After all, one trip abroad might be responsible for turning years of generally stable numbers on their head in a matter of days.

But considering what the polls are showing for the Liberals outside of Quebec, those 10 Bloc seats are ones they might badly need in 2019.