With Wilson-Raybould and Philpott, the Commons' crew of Independent MPs enters uncharted territory

Jody Wilson-Raybould and Jane Philpott have joined a record-setting cohort of Independents and MPs from "unrecognized" parties.

If a group of crows is called a "murder," an assembly of ferrets is a "business" and a collection of owls is a "parliament," what do you call a row of independent MPs?

A "schism" of Independents? A "motley," perhaps? How about an "insurrection"?

With the ejection of Jody Wilson-Raybould and Jane Philpott from the Liberal caucus this week, the number of Independent MPs in the House of Commons has exploded. Coupled with the other MPs representing an array of "unrecognized" parties ranging from the secessionist to the populist and the extinct, the number of MPs in the House who do not belong to officially recognized parties is at an all-time high.

There are now seven Independents in the House. Along with Wilson-Raybould and Philpott, the list includes former Liberals Celina Caesar-Chavannes, Raj Grewal, Darshan Kang and Hunter Tootoo, as well as Tony Clement, a former Conservative.

That's not an abnormally high number for the tail end of a majority government's term. There were eight Independents when the House was dissolved ahead of the 2015 federal election. There were nine just before the 2004 election.

The number of Independents hit a modern high in 1990 as well, when there were 11 of them in the House — the bulk of them former Liberal or PC MPs who eventually would form the Bloc Québécois.

But any party with less than 12 seats in the House of Commons goes "unrecognized" — which means it isn't guaranteed slots in question period, seats on committees or the extra resources that are awarded to larger parties. Instead, these parties need to share their speaking time in the House with other Independents; in the current Parliament, that means 14 questions a week are divvied up between the 20 MPs from unrecognized parties or sitting as Independents.

Those unrecognized parties are the Bloc Québécois (10 MPs), Greens (Elizabeth May) and the People's Party (Maxime Bernier).

Then there's Erin Weir, who was booted from the New Democratic caucus last year. He is sitting as a self-appointed member of the Co-operative Commonwealth Federation, a forerunner party to the NDP that has not existed for more than half a century.

Weir has been pushing Speaker Geoff Regan for more questions for the growing crew of Independents.

"The Independent group is by far the fastest-growing parliamentary caucus," Weir said in a statement following Caesar-Chavannes's departure from the Liberal caucus in March. "We need more spots in question period to reflect our numbers."

He repeated that call this week when the cohort of Independents grew by two.

Small parties only began receiving recognition in the House in 1963, during a period of minority governments when the New Democrats and Social Credit held a lot of sway in the legislature. At the time, the bar of 12 seats was set to give leaders of these smaller parties a bump in salary, like the one given to the leader of the Official Opposition. The threshold of 12 seats then evolved to become the benchmark for a number of other parliamentary privileges.

Watch Vassy Kapelos explain what it means to be an Independent MP. 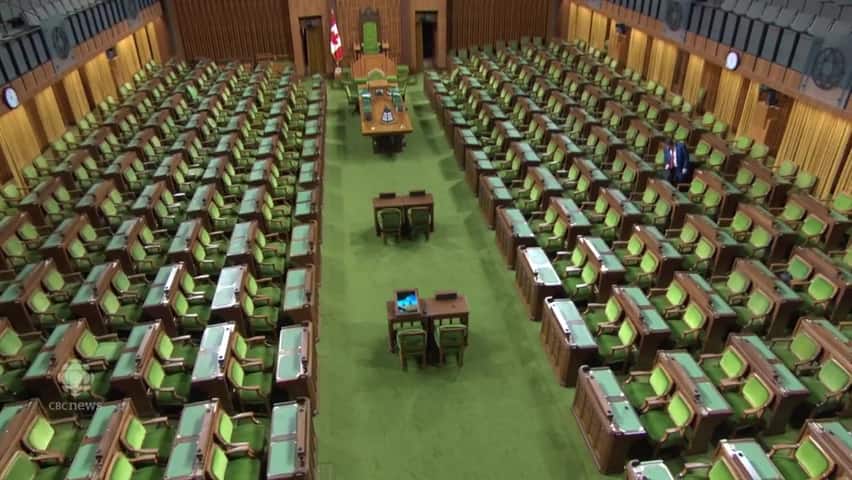 What does it mean to sit as an independent MP?

2 years agoVideo
1:19
Vassy Kapelos walks through some of the drawbacks to being an MP outside of an official party. 1:19

Less than the sum of its parts

Theoretically, Weir could acquire these privileges by getting his unrecognized colleagues to form a caucus of their own — like the Independent Senators Group in the Senate.

Of course, that would mean somehow uniting Caesar-Chavannes, Philpott and Wilson-Raybould with Kang, Tootoo, Clement and Grewal — Independents who are alleged to have committed, or have admitted to committing, various improprieties. It also would require finding common ground between May and Bernier and getting the Bloc on board.

Parliament has seen plenty of caucuses divided against themselves, but such an Independent caucus would set a new bar for internal turmoil. Obviously, it isn't happening.

But the numbers make it possible — which is pretty remarkable on its own.

At the end of the last Parliament, the total number of Independents and MPs from unrecognized parties just ticked over the 12-seat threshold. But that also was a group of MPs with irreconcilable differences — representatives of the Greens, the Bloc and Strength in Democracy (remember them?), along with a clutch of cast-off Independents.

Before that, you have to go back to the 35th Parliament that sat between 1994 and 1997 and included nine New Democrats and two Progressive Conservatives. Add the handful of independents at that time to the mix, and you could have had an unrecognizable — but nevertheless recognized — party.

But while it's a bit odd to see so many MPs in the House who don't belong to a recognized party, it's far from unprecedented. What is unique about this group is the large number of them who have held high office in the past.

According to the database maintained by the Library of Parliament, only 18 former cabinet ministers have ever appeared in the Commons as Independents. Of those, four (five if we include Bernier, who briefly sat as an Independent before changing his affiliation to the People's Party) are now sitting in the House of Commons. That's twice the largest number of "honourable members" that ever sat previously as Independents at the same time.

That's a coincidence, of course: very little connects former cabinet ministers Tootoo and Clement to Philpott and Wilson-Raybould, apart from the bad view they now have in the House. But it's another reminder, if any was needed, that the last two months have nudged federal politics into uncharted territory.