Voters appear set to reject the far-right's Marine Le Pen in Sunday's second round of the French presidential election in favour of centrist Emmanuel Macron according to the latest poll numbers.

2nd round of the French presidential election takes place Sunday

Emmanuel Macron is poised to beat Marine Le Pen when French voters head to the polls in the second round of their country's presidential election on Sunday.

Macron, a centrist, has a wide lead in public opinion polls over the the far-right Le Pen. Macron is a 39-year-old former banker with only a few years of government experience who's mounting his first campaign as a politician.

His prospective victory, however, appears to pertain more to a desire by French voters to deny Le Pen the presidency rather than any strong enthusiasm for Macron.

According to polls published Friday afternoon, Macron has a 24-point lead over Le Pen, with support of 62 per cent of decided voters. Le Pen has the backing of 38 per cent.

If those numbers hold up on Sunday, it would amount to one of the widest gaps ever in the second round of a French presidential election — the exception being 2002, when Le Pen's father, Jean-Marie Le Pen, lost by 64 points to Jacques Chirac.

The polls suggest Macron has successfully amassed support across the political spectrum from some of his first-round rivals. He appears to have won over voters from conservative François Fillon, from far-left candidate Jean-Luc Mélenchon and from centre-left Socialist candidate Benoît Hamon.

Both Fillon and Hamon endorsed Macron after their first-round defeats.

Le Pen, who has stepped down temporarily from her job as head of the nationalist, far-right and anti-immigrant Front National (FN), is only doing better than Macron among supporters of Nicolas Dupont-Aignan, a right-wing social conservative candidate who took 4.7 per cent of the vote last month.

But she's also getting some support from backers of both Fillon and Mélenchon, bridging the gap between a business-friendly conservative and a Communist-backed populist.

Macron's lead over Le Pen has diminished somewhat since the first vote that propelled them both into the second round, when he was ahead in hypothetical match-ups by a margin of 28 points.

But the polls have started heading back in his direction.

Before the two candidates participated in a combative debate on Wednesday, the polls were showing Macron's support had dipped to between 59 and 60 per cent compared to Friday's 62 per cent. While still a comfortable and secure margin by the standards of French presidential elections, a poor performance in the debate could have accelerated the negative trend and put Sunday's result into greater doubt.

Instead, his debate performance caused his poll numbers to inch upward just as a polling blackout descends over the country the day before the vote.

Polls accurate in 1st round

If supporters of Le Pen in France are hoping to confound the polls, they're banking on long odds.

The polls were remarkably accurate in the first round of the vote, predicting each of the four top candidates to within less than a point. In fact, of those four, Le Pen was the candidate most over-estimated by the polls, suggesting there were no "shy Le Pen" voters reluctant to tell pollsters they were intending to vote for the polarizing FN leader.

Historically, the polls in French elections have been accurate in the second round as well. Support for the candidates in the last two elections in 2007 and 2012 were called to within an average of 1.1 percentage points. There have been some bigger miscalculations in the past, but none large enough to overturn a 24-point deficit.

The surprise election of Donald Trump in the United States and Great Britain's decision to exit the European Union have been cited as populist upsets that Le Pen could repeat in France. But the bigger error in those elections concerned expectations rather than polls — in both cases the polls missed by only a handful of points and were well within historical margins of error.

Anybody but Le Pen

Macron's wide lead in the polls, however, shouldn't be mistaken for excitement about his candidacy. The head of En Marche!, a new party Macron formed after leaving the Socialist government of outgoing President François Hollande, took just 24 per cent of the vote in the first round.

Polls suggest that backers of Macron are more motivated by blocking his opponent than Le Pen's supporters are in blocking Macron. Le Pen's voters say they are voting primarily because of their candidate, rather than against the other name on the ballot.

Disillusionment with the candidates has been a theme of the campaign. Fillon and Hamon, the candidates of the two parties that have traditionally governed France, combined for just 26 per cent of the first round vote — 10 points less than their previous historic low in 2002.

It appears the French are poised to head into uncharted waters with the largely untested Macron, who has emerged the more acceptable option in a head-to-head contest with Le Pen. 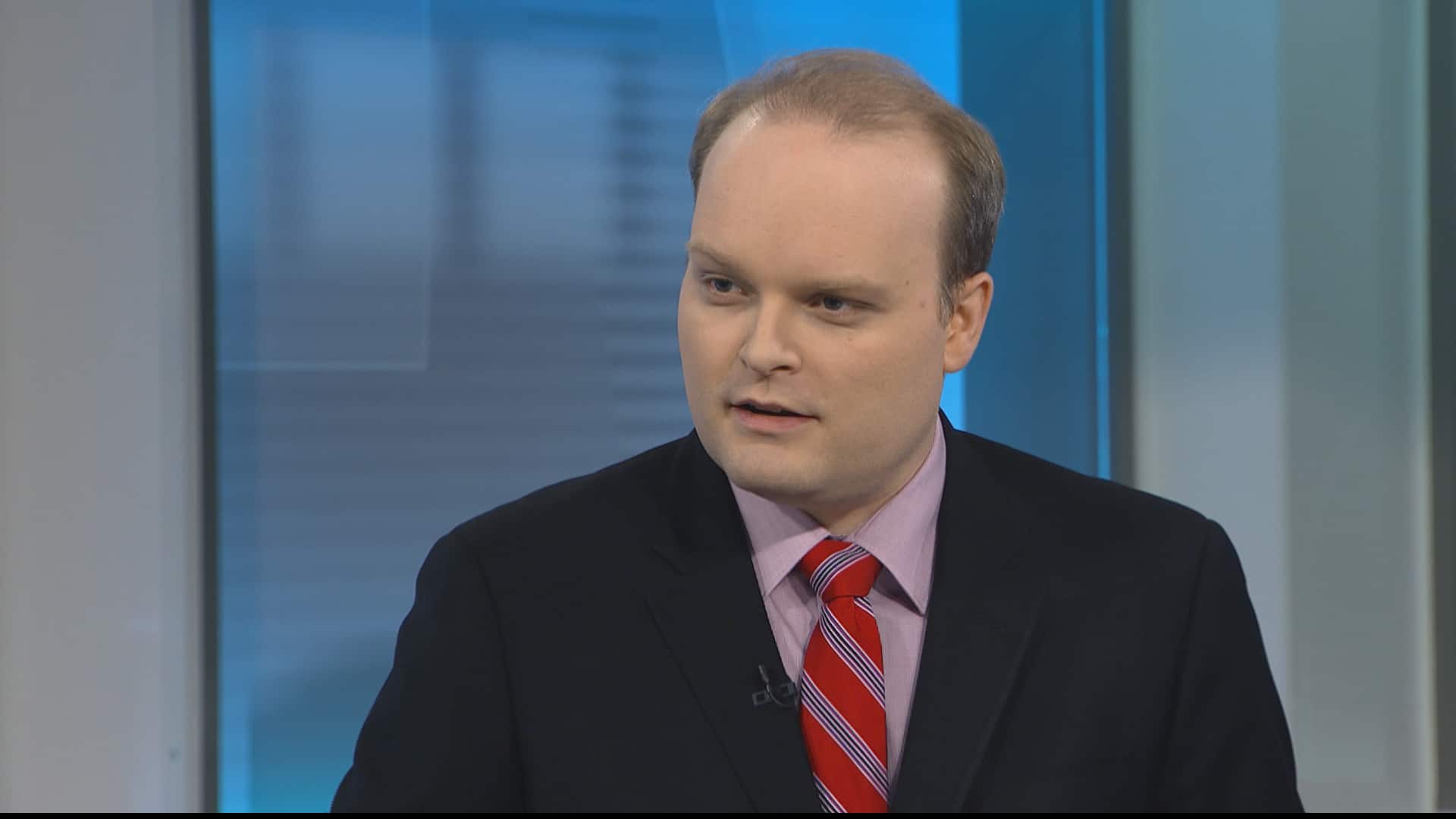 3 years ago
4:39
Who's going to win? CBC Polls analyst Eric Grenier breaks down the numbers 4:39