Impact of blackface scandal unclear now, may not be revealed until ballots are cast

Polls this week might clarify what initial impact Justin Trudeau's blackface scandal had on voters, but its longer-term fallout is what will decide this election.

When a scandal erupts in the middle of an election campaign, there's a natural tendency to want to see what impact it will have on the vote — and often a rush to draw sweeping conclusions from the morsels of data that trickle out in the early days.

The revelations that Justin Trudeau wore blackface on multiple occasions before entering politics is one of those scandals, though it is perhaps without parallel in Canadian political history.

While it raises broader questions about racism in Canada, in the midst of an election campaign it will inescapably also be one of several factors Canadians will be considering when they cast their ballots.

It's too early to say what effect the scandal has had on voting intentions. The first sets of polling data captured entirely after Time magazine published on Wednesday photos of Trudeau wearing blackface at a school fundraiser in 2001 gave conflicting results.

Forum Research, also in the field between Sept. 19 and 21, found the Conservatives and Liberals tied at 33 per cent apiece. In a Sept. 11 poll, Forum had put the Conservatives ahead by four points. Liberal support actually increased by one point.

So the trend lines are heading in different directions. That could mean there has been no significant impact, but it mostly suggests that more data is needed before conclusions can be drawn. That is about as clear as it gets right now.

Whatever common threads can be pulled from the polls in the coming days, it is the longer-term repercussions that will decide which party will win the election. How voters initially react to a scandal is not always reflective of what they will think about it weeks later.

The more scandal-plagued world of American politics provides a few examples of that.

Not all scandals are politically fatal

On Oct. 7, 2016, the Washington Post published a video of then-candidate Donald Trump boasting about groping women. That day, the CBC's aggregation of presidential polls put Trump behind Democratic candidate Hillary Clinton by a margin of about 3.5 points nationwide.

His numbers tumbled in the subsequent days, with his support dropping by about two points and the gap between him and Clinton increasing to about 7.5 points.

But the impact of the scandal didn't last — by Oct. 27, Trump was back up to 43 per cent support and by Oct. 29 he had pulled to within three points of Clinton. Events, such as two presidential debates and the news that the FBI was investigating emails on Clinton's private server, intervened.

Some scandals can be survived. Gennifer Flowers' testimony in January 1992 that she had an extramarital affair with Bill Clinton did not prevent Clinton from winning the Democratic nomination and the presidency later that year.

But other personal scandals can end a political career. Gary Hart was the frontrunner for the 1988 Democratic presidential nomination until rumours of marital infidelity undermined his bid and he eventually withdrew from the primaries. Polls initially suggested little impact on Hart's support, but his credibility had been fatally wounded.

That is the risk for the Liberal leader, regardless of what the polls show over the coming days. Lots of time remains for Trudeau to put the story behind him and focus voters on other issues — there will be three debates between now and election day, which is still four weeks away.

In 2015, Trudeau was able to use the lengthy election campaign to defy his opponents' attacks. Conservative ads said that Trudeau was "just not ready", but good performances in the debates helped Trudeau to show voters that was not the case. The attacks no longer resonated because voters didn't believe them.

The Conservatives are now casting Trudeau as "not as advertised", while the New Democrats and Greens have tried to paint Trudeau as a false progressive who can't be trusted. After last week, that has all the more potential to resonate.

An Angus Reid Institute poll conducted before last Wednesday suggested that just six per cent of uncommitted voters (those most coveted by all parties) thought Trudeau was racist, while 94 per cent said he was tolerant. The scandal is unlikely to hurt Trudeau on this question, as it doesn't feed into any preconceived notions Canadians have about him — in fact, quite the opposite.

But between being honest or a liar, a slim majority in this poll described him as the latter. Before last week, many Canadians already believed that Trudeau is untrustworthy. Those opposition attacks are now pushing on an open door.

Still, the early numbers are unclear as to whether the scandal has pushed voters away from the Liberals in any big way. It's possible that it won't or that Trudeau will be able to recover if they do. There's lots of campaigning still to go.

But the data gathered before the scandal broke suggested that Trudeau had a vulnerability in this campaign when it came to voters' trust. Whether or not the numbers move in the coming days, the blackface scandal has only amplified that weakness — with consequences that might not become clear for some time yet.

Stream the latest episode below and subscribe to The Pollcast with Éric Grenier here. 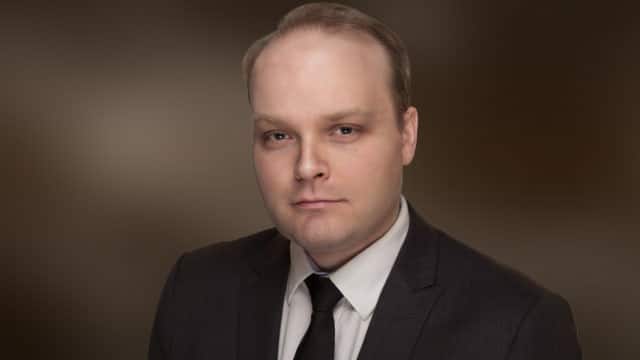 CBC News: The Pollcast10:44The Sunday update: What happened on Week 2 of the campaign?
On this Sunday edition of the Pollcast, host Éric Grenier and Elise von Scheel take a look at how the polls have shifted — and chat about the leaders' approval ratings and why no one wants to touch Bill 21 in Quebec. 10:44