The Conservative leadership race will be decided by a preferential ballot, so candidates with broad support stand the best chance of winning. An analysis of fundraising data suggests Maxime Bernier, who shares the most contributors with other candidates, has that broad support.

The Quebec MP shared the most contributors with leadership rivals

The Conservative leadership race will be decided by a preferential ballot, so the candidate with the broadest support and widest acceptability stands the best chance of winning. An analysis of fundraising data in the campaign suggests Maxime Bernier shares the most contributors with other candidates, giving him a potentially decisive edge.

But Bernier's advantage might have been disrupted by the entry of Kevin O'Leary into the race in January.

Only money raised up to the end of 2016, before O'Leary announced his candidacy, has so far been released in Elections Canada's tally.

The party's use of a preferential ballot to choose its next leader makes it particularly difficult to predict the outcome. The candidate who comes out on top on the first ballot may not end up winning if he or she isn't the second, third or even fourth choice of enough voters.

Party members will be able to rank the candidates on their ballot. If none receives a majority of first-preference votes, the candidate with the fewest first-preference votes is dropped and those votes get re-distributed to his or her supporters' second choices. This process continues, with candidates being dropped and their votes re-distributed, until one candidate reaches the majority threshold.

There is no reliable polling data available to gauge which candidate is best-placed to garner the broad support needed to win.

But fundraising data is one substitute. A high proportion of donors will be party members eligible to vote on May 27 and many of these donors have given money to more than one candidate, providing an indication of which candidates are likely to also rank highly on their ballot.

Bernier has raised the most money so far in this campaign and he's done so with contributions from 21 per cent of donors who've written a cheque to more than one candidate.

He was the candidate who shared the most contributors with Steven Blaney, Kellie Leitch and Andrew Scheer, and was especially popular among donors to Michael Chong, Erin O'Toole and Lisa Raitt.

But while Bernier had the most multiple-candidate donors, his share of them was disproportionately low compared to his total number of contributors. Bernier received 39 per cent of all donations made to leadership contestants in 2016, almost double his share of those who contributed to multiple candidates.

If a large proportion of Bernier's supporters aren't contributing to other candidates, it suggests the race might be "Bernier or bust" for them.

Though Leitch was the beneficiary of the second-most multiple-candidate donors at 18 per cent, she was a less popular choice than Bernier for supporters of every candidate except Chris Alexander.

This is a problem for Leitch because it suggests that as candidates drop off the ballot she wouldn't be able to overtake Bernier (or would fall behind him). From one round to the next, he would get a larger share of the second-choice votes.

In fact, the rival with whom Leitch shared the most contributors (39 per cent of her multiple-candidate donors) was Bernier.

Lemieux, Trost could give Scheer boost

Saskatchewan MP Scheer was the recipient of money from 13 per cent of donors who gave to more than one candidate, despite receiving only seven per cent of all contributions made to contestants in 2016.

Much of this cross-candidate support came from two fellow social conservative candidates: Brad Trost and Pierre Lemieux. But while Scheer's campaign has largely avoided issues important to this faction of the party, Trost and Lemieux have embraced them.

Trost ranked behind Bernier and Leitch, with contributions from 18 per cent of Scheer's multiple-candidate donors, while another seven per cent of these Scheer supporters gave to Lemieux as well.

If Scheer finishes ahead of both Trost and Lemieux (he is one of the overall fundraising leaders and has the most endorsements from within the party establishment), he should garner a large share of their supporters when they drop off the ballot. Scheer shared 21 per cent of Trost's multiple-candidate donors — more than any other contestant —  while 33 per cent of Lemieux's shared donors gave to Trost.

With the exception of donor connections involving Bernier, Leitch and Chong — who have been in the race the longest and so have amassed the most donors — the triangle of support between Scheer, Trost and Lemieux was the most significant. This suggests the social conservative vote could play an important role in deciding the leadership if it moves towards one candidate.

​The fundraising data doesn't show any particularly clear paths for Raitt and O'Toole, who are running as consensus centrist candidates, or Chong, who is running as the "progressive" conservative of the race.​

None of these three candidates did disproportionately well with the supporters of any of their rivals, with the exception of Chong with Andrew Saxton donors. But Raitt and O'Toole did share somewhat more donors with each other, suggesting that whoever ends up higher on the ballot will likely benefit from the other's departure.

Still, Raitt and O'Toole shared more donors with Bernier and (to a lesser extent) Leitch than they did with each other — meaning Bernier and Leitch could still be the biggest beneficiaries whether it's Raitt or O'Toole who drops off the ballot first.

The data suggests the outcome of the vote could greatly depend on the order in which the candidates drop off the ballot, but also that Bernier has the simplest path. His ballot-to-ballot growth would be least affected by variations in that order.

But O'Leary might have changed all that. His appeal to other candidates' supporters is impossible to gauge at this stage. He might eat into Bernier's support, either as a first preference or further down the ballot. He might become the consensus second or third choice of some of Bernier's rivals.

And that could have the effect of levelling the playing field between the "safe" second choices and the polarizing front-runners proposing big changes of direction for the Conservative Party. 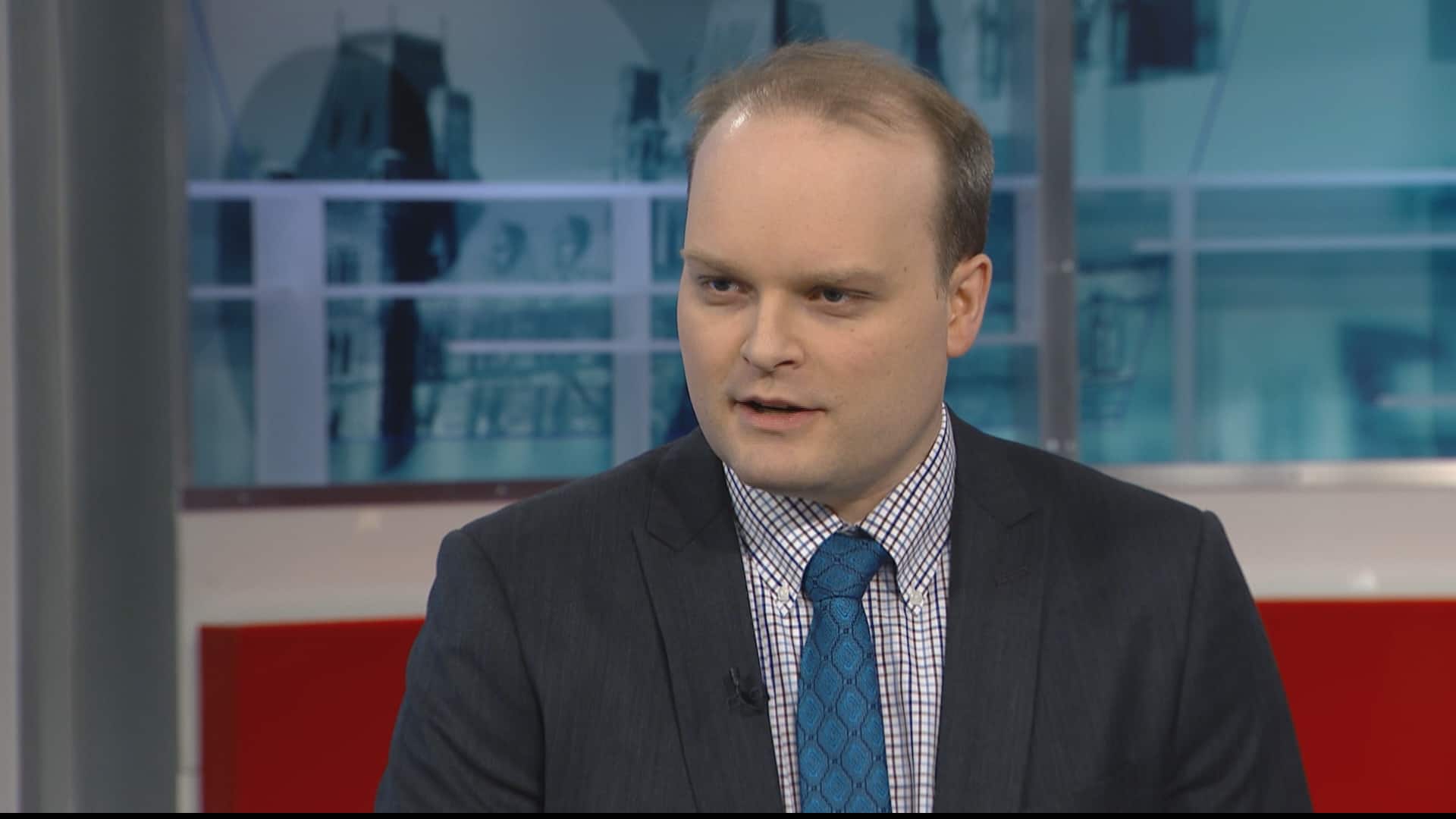 What does Conservative fundraising data tell us about the race?

4 years ago
4:33
The CBC's polls analyst Eric Grenier looks at who has the edge in the race for the Conservative leadership so far. 4:33