Trudeau, Scheer spar for what might be the last time in Parliament's Centre Block

A century ago, King George V said he believed that Canada's new Parliament building would "redound to the happiness and prosperity" of the nation. It hasn't quite lived up to his lofty hopes.

Prime Minister Justin Trudeau stood at his seat in the House of Commons, raised his eyes and gestured to the packed gallery.

"I know there may be a few people who are here for the first time, but let me tell you ..." he said, before being drowned out by a wave of catcalls.

"Well, Mr. Speaker," the leader of the Official Opposition said, before raising his arms and casting his gaze to the gallery. "And ladies and gentlemen …"

That exchange might turn out to be the last time a prime minister takes part in the daily theatre of question period in this House of Commons for a decade or more. Parliamentarians are set to go home for the holidays this week, and move into the newly-refurbished West Block in the new year.

For nearly a century, Centre Block has hosted the legislative work of the nation. But the building is in dire need of significant renovations — work that will take a long time and cost a lot of money. As with any renovation of an old building, the true extent of the work won't be entirely clear until the walls are opened up and workers get a good look at what's behind them.

There are bound to be many surprises — few of them good. The Commons chamber was built with a mix of construction materials. Some have stood the test of time. Others should never have been in Parliament to begin with.

Which brings us back to question period on Wednesday.

'Twas the QP before Christmas

It started, of course, with rousing applause ahead of the traditional Christmas oration from Rodger Cuzner, the Liberal MP for Cape Breton-Canso. It was a rare moment of bipartisanship when both sides of the House rose to cheer Cuzner's annual politically-themed parody of the poem "A Visit from St. Nicholas." 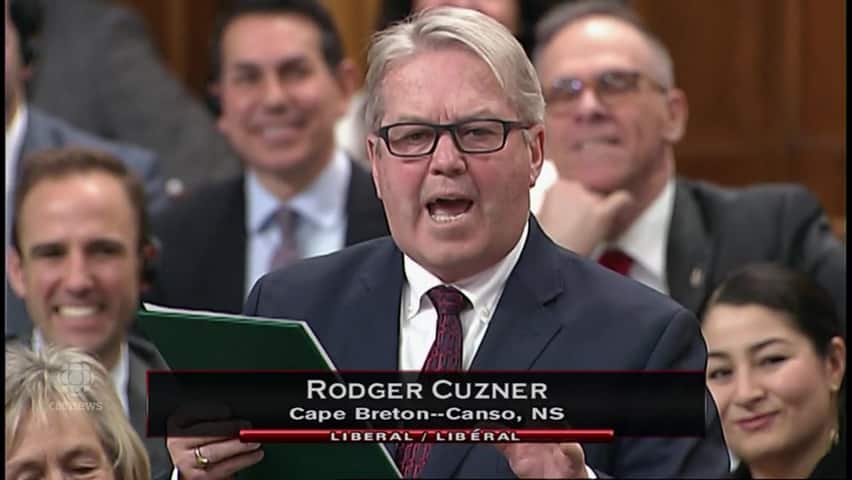 2 years ago
1:51
The Cape Breton MP continues his tradition of reading a political parody of 'Twas the Night Before Christmas in the House of Commons. 1:51

That holiday spirit quickly deteriorated into the usual heckling that makes question period so hard to watch in person. Speaker Geoff Regan's gentle scolding tone did little to lessen the noise — and at one point even journalists' earpieces rendered nothing but a harsh cacophony.

Scheer rose five times to ask when the budget would return to balance, reminding the prime minister of his campaign promise to do that before the 2019 federal election. Trudeau responded by praising his government's economic record and reminding the Conservative leader of his party's record of deficits while it was in office.

Habitual watchers of question period would be forgiven for thinking they had heard it all before.

After a grab-bag of NDP questions on topics ranging from tax cheats and labour relations to telecommunications, Scheer stood again and sketched out his party's strategy for the next federal election, touching on pipelines, border security and the carbon tax.

"While Conservatives want to make pollution free again," said the prime minister, "we're putting a cost on it."

"Conservatives are ideologically opposed to a tax that raises the cost of living for Canadians," retorted Scheer. "That will be the choice in the next election."

'Everyone must wait their turn'

Scheer was the only Conservative MP asking questions today. Wednesday is Trudeau's designated day to answer all questions posed to him by MPs, rather than just those asked by party leaders, as is normally the case. Scheer's break with routine didn't escape Trudeau's notice.

"In this, the last opportunity for PMQs in this House, it is a pleasure to be taking questions from everyone, not just the leader of the opposition," he said.

"Mr. Speaker, I have good news for the prime minister," he said. "After the 2019 election, he will not have to answer the questions he does not like in this House ever again."

The opposition benches cheered. The Speaker, calling for order, reminded one Conservative backbencher that "everyone must wait their turn" before speaking.

Trudeau, still sitting in his seat, called out, "But he's not getting his turn!"

The Conservatives, in a festive mood, didn't seem much bothered and kept up the racket.

"Illegal!" called out a few, when Trudeau referred to "irregular" border-crossers in response to one question. Conservative MP Glen Motz, sitting in the far back row, brought his fingers to his lips and mimicked smoking marijuana when a Liberal MP across the aisle boasted that the prime minister had grown up in British Columbia.

Fittingly, the performance was closed with an announcement by the Speaker that the Senate had passed S-244, "An Act Respecting Kindness Week." Sarcastic applause from a smattering of MPs followed.

'This noble and splendid edifice'

Centre Block is quite a bit younger than Confederation. The original building burned to the ground in 1916 and it wasn't until 1920 that the current (and, at the time, partially unfinished) Centre Block hosted parliamentarians again.

On Feb. 26, 1920, on the first day spent in the new building, the Speaker of the House of Commons read out a "cablegram" from King George V, in which His Majesty expressed his "firm assurance that the deliberations of the Parliament of Canada will, as in the past, redound to the happiness and prosperity of the great Dominion whose well-being is so vital to the whole Empire."

Much had changed since 1916. The Great War was over and the two political titans of the early 20th century — Conservative Prime Minister Robert Borden and Wilfrid Laurier, his Liberal predecessor — were not there to welcome Parliament's new national home. Borden was on a prolonged leave that would eventually end in his resignation. Laurier had passed away in 1919.

The first sittings in the new Parliament buildings hardly lived up to the King's lofty optimism, with questions focusing on routine affairs — including when a byelection date would be set. (Some things never change.)

But Borden's and Laurier's replacements tried their best to mark the occasion. George Foster, acting prime minister, rose to note that "now, a few years after the fire of 1916, we occupy this noble and splendid edifice, which we hope will long continue to be the home of the Parliament of Canada."

For the next 10 years or more, the "centre of our national life" will be somewhere else. When parliamentarians return, neither Trudeau nor Scheer are likely to be among them. Three or more elections will have passed by then — a gruelling electoral gauntlet for any leader to survive unscathed. 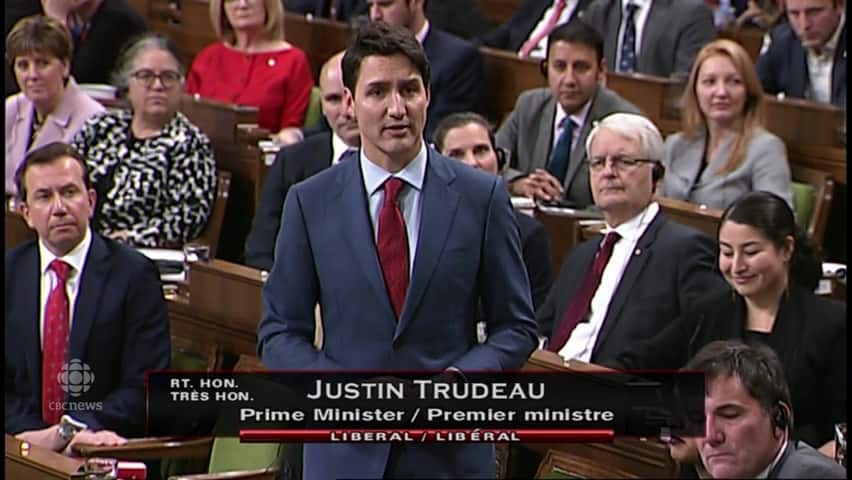 2 years ago
2:55
Leaders of the three major parties and the Speaker of the House of Commons say goodbye to the Centre Block which will close for at least a decade for renovations. 2:55

Their words today may not have redounded to the happiness of those who follow our national political debate. Their successors in another decade likely won't do any better. Even in 1920, the decorum of Centre Block's grand opening did not last for very long. It took only one more sitting day for an unruly, heckling MP to be accused of being a drunk.

So while the walls of Parliament can be burned down, rebuilt and renovated, what goes on behind them stays the same — at times engrossing and inspiring, often frustrating and discouraging. And, of course, always uniquely Canadian.