British voters split on Brexit referendum vote, but Remain may have edge: polls

The divisive Brexit referendum campaign comes to a close Thursday, and polls suggest it could be decided by the narrowest of margins. Will concerns over immigration push undecideds for Leave, or will worry about the economy give the win to Remain?

Undecideds likely to cast the decisive vote — but which side will they back?

The tumultuous and divisive referendum campaign on the future of the United Kingdom's place in the European Union comes to a fittingly tense and uncertain end Thursday, as polls suggest it could be decided by the narrowest of margins.

But after some harrowing days on an increasingly negative campaign trail that seemed to be leaning towards Brexit — interrupted by the tragic and violent murder of Labour MP Jo Cox — the edge may be back with the Remain camp.

In the last six polls published by members of the British Polling Council before Wednesday, the Remain side has averaged 45.5 per cent support. The Leave campaign follows less than two points behind at 43.8 per cent. On average, 10 per cent of voters remain undecided.

Remain's lead is marginal. In five of the six latest polls, the gap between Remain and Leave was gauged to be three points or less — within the margin of error. If these numbers hold true, it will be the undecideds who will determine the outcome.

All six of these polls were conducted partially or entirely after the attack on Cox on June 16. Her death had prompted a suspension of campaigning by both sides of the referendum debate. The alleged attacker, Thomas Mair, reportedly has links to far-right, anti-EU politics in Great Britain.

This does seem to have been a turning point in the campaign. When the same six polling firms were previously in the field before Cox's murder, they recorded Leave's average support to be just over 46 per cent against 42 per cent for the Remain camp. Since then, the Remain side has gained a little more than three points, while Leave has dropped more than two points.

The period of June 7 to 16 does seem to have been the Leave campaign's recent high-water mark. Two-thirds of the polls conducted over that time gave Leave the edge, and more than half of them put Leave's advantage outside of the margin of error.

But while the national polls are showing the referendum to be neck-and-neck, the close race masks the very lopsided views of Britons depending on where they live. English residents outside of London are in favour of Leave, while in three recent polls Londoners backed Remain by an average of 19 points.

The Welsh also want to remain in the European Union, and Scots are in favour of remaining by an average of 24 points. 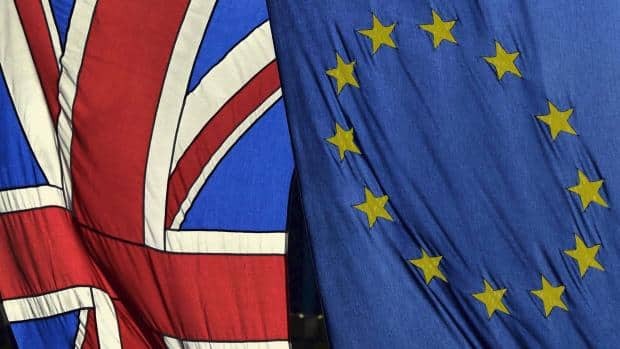 Will Britain break up with Europe?

So a victory by the Leave campaign has the potential to push Scots (and potentially the Welsh) towards a departure of their own — from the United Kingdom. Brexit could also cause complications in Northern Ireland, which shares the U.K.'s only land border with a member of the European Union, the Republic of Ireland.

The consequences of the referendum, then, could have repercussions beyond the United Kingdom's relationship with the EU, both political and economic (the British pound has ebbed and flowed with the chances of Brexit). Indeed, voters are worried about the possibility, with polls showing they consider leaving the European Union to be riskier than remaining.

Perhaps it is no coincidence that polls also indicate the decisive undecided vote may fall on the side of Remain. Three recent polls show undecided or leaning voters preferring Remain to Leave by an average margin of 25 to 19 per cent (the rest remain undecided).

However, there are very strong indications that the opposite has happened over the last few months of the campaign.

While support for Remain has held relatively stable over that time, support for Leave has inched upward as the total of undecideds has dropped. In fact, one recent poll showed that the Leave side would get slightly more of the undecideds than the Remain campaign would.

The polls are also split on whose supporters are more committed to actually cast a ballot. If demographics play a role, then the Leave side will have the advantage — older voters back it by a large margin.

But the decisive factor could be what motivates Britons to vote. Polls have shown wide divergences between Remain and Leave supporters on what is most important to them. Leavers cite immigration and national sovereignty as their most important issues. Remainers cite jobs and the economy as their biggest concerns.

So this could be a case of "it's the economy, stupid." But the British probably have a wittier way of putting it.