Republicans have tough odds of holding Congress in 2018, and Trump makes them worse

The Democrats have polls and the 2017 election results on their side as they look to take control of Congress in November's midterm election. History — and President Donald Trump's unpopularity — is on their side, too.

It will not be easy for the Republicans to retain control of both houses of the U.S. Congress in the 2018 midterm elections. The Democrats enjoy a wide lead in the polls, and voters have swung sharply to that party in a series of special elections in 2017. 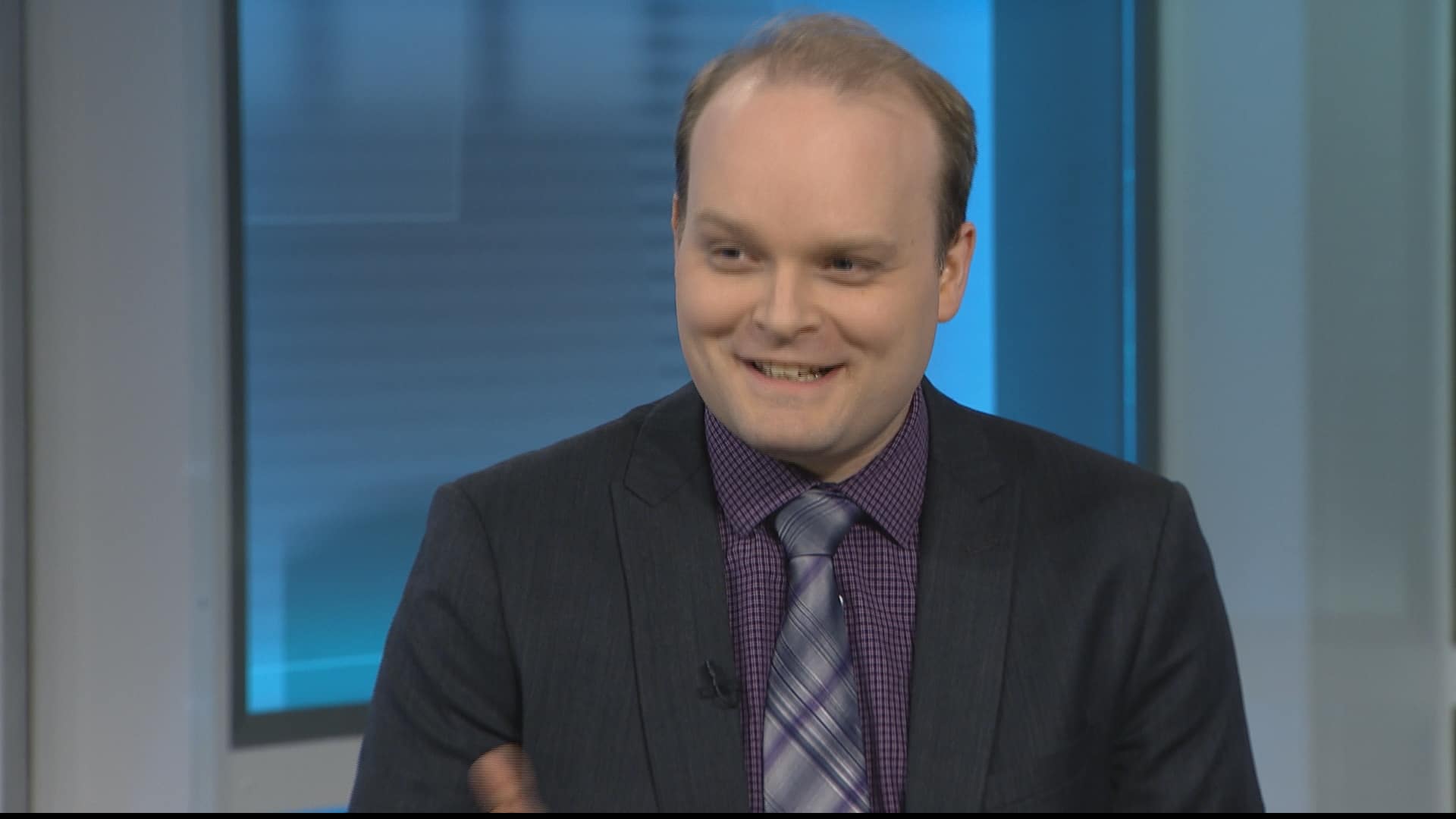 3 years ago
3:25
CBC polls analyst Eric Grenier explains why the Republicans risk losing their hold on Congress after this year's mid-terms. 3:25
The party that controls the White House has historically done poorly in the midterms. Compounding the problem for Republicans, however, is that rarely has the occupant of the White House been as unpopular as Trump.

The U.S. president's approval rating is averaging about 38 per cent, lower than any president at this stage of his mandate since modern polling began. His party is just as unpopular. Generic congressional ballot polls put the Republicans at about 37 per cent, 13 points behind the Democrats.

That is the kind of margin that could flip the House of Representatives. All 435 seats in the House will be contested in November. The Democrats need to steal 25 of those currently occupied by the Republicans to take control.

When the Democrats last won the House in the 2006 and 2008 elections — votes are held every two years — they beat the Republicans by eight and 11 percentage points. The polls, as well as significant swings toward the Democrats in a series of special elections, suggest the Democrats are on track for a similar victory.

Not only would a Democratic win in the House put up further legislative obstacles for Trump — having the Republicans in control has been problematic enough — but it would open the door to the impeachment of the president.

But the polls aren't the only harbinger of good news for the Democrats in 2018. History also appears to be on their side.

Presidents struggle to hold the House

Since 1946, that winning rate has dropped to just 28 per cent — and the president's party has dropped an average of 25 seats.

If the only thing we knew about these midterms was the party affiliation of the president and the margin of seats the opposing party needs to capture, we would expect the Democrats to have a very good chance of taking control of the House.

The historic unpopularity of Trump improves those odds.

Since Harry S. Truman in the 1940s, on Jan. 1 of the year of a midterm election the sitting president has averaged an approval rating of 58 per cent — 20 points higher than Trump's standing.

The only president to have a lower approval rating than Trump on Jan. 1 on the year of a midterm was Richard Nixon in 1974, in the midst of the Watergate scandal. His approval was at just 30 per cent. He resigned and was replaced by Gerald Ford by the time the vote took place later that year. The Republicans dropped nearly 50 seats.

While the House appears to be quite plausibly in reach of the Democrats — not only because of the historical trends, but due to the party's polling and electoral showings as well — the Senate will be more of a challenge.

One-third of the Senate is up for grabs in 2018, and senators are elected for six-year terms. The Republicans are the incumbents in only eight of the contested seats, meaning the Democrats will largely be playing defence.

But the Democrats' narrow path was made a little wider by Doug Jones's victory over Roy Moore in the Alabama special Senate election in December. The traditionally safe Republican seat flipped to the Democrats, in large part due to the controversies and allegations of sexual misconduct against Moore, but the unpopularity of the Republicans and Trump were contributing factors.

Jones's term will run until 2020. With Alabama in the Democratic camp, the party needs to win only two Senate seats away from the Republicans.

Because these midterms are statewide elections that are greatly impacted by the candidates on the ballot, the results are more loosely tied to the popularity of the sitting president.

The Democrats have a shot at winning the Republican Senate seats up for grabs in Arizona and Nevada, but taking control of the Senate means holding seats in states that voted for Democratic Senate candidates in 2012 — in some cases riding on the coattails of Barack Obama in a presidential election year — and for Trump in 2016. This includes solidly red states like Indiana, Missouri, North Dakota and West Virginia.

Still, after their stunning victory in Alabama, the Democrats can be forgiven for having confidence going into the pivotal election year of 2018.

It's possible Trump will be able to turn things around for himself and his party between now and November. But so far, after almost a year in the Oval Office, Trump has not shown that he can.