At a news conference in Charlottetown, P.E.I., on Monday, the Green Party released its contest rules that include a $50,000 entry fee.

The Green Party of Canada's leadership race has officially begun.

Today at a news conference in Charlottetown, P.E.I., the party released its contest rules, which include a $50,000 entry fee.

"We have structured this contest to cast a big net. We hope to capture the imagination of a wide and diverse set of contestants, new members and supporters," interim party leader Jo-Ann Roberts said in a news release.

So far, there are six candidates unofficially in the leadership race to replace B.C. MP Elizabeth May, including former Liberal David Merner and Quebec-based Julie Tremblay-Cloutier, who both have urged the party to keep the entrance fee as low as possible to attract more diverse candidates.

The last time the Greens had a leadership race in 2006, candidates paid a $1,000 fee. The party's provincial cousins, the B.C. Greens, are also looking for a new leader and contenders are expected to pay $16,000 to enter the race.

Roberts noted the fee has been divided into instalments to make "the contest accessible to a broad range of contestants from across the country."

The bulk of the entrance fee, $40,000, is not due until July and is considerably less than the $300,000 Conservative leadership contenders are expected to pay.

"I don't believe it will be a barrier," Roberts said at Monday's news conference. "One of the skills a leader needs to have is the ability to raise funds."

Roberts also reminded reporters that Elections Canada allows candidates to borrow $25,000, and many members within the party have already stepped forward and said they are willing to also lend candidates money. 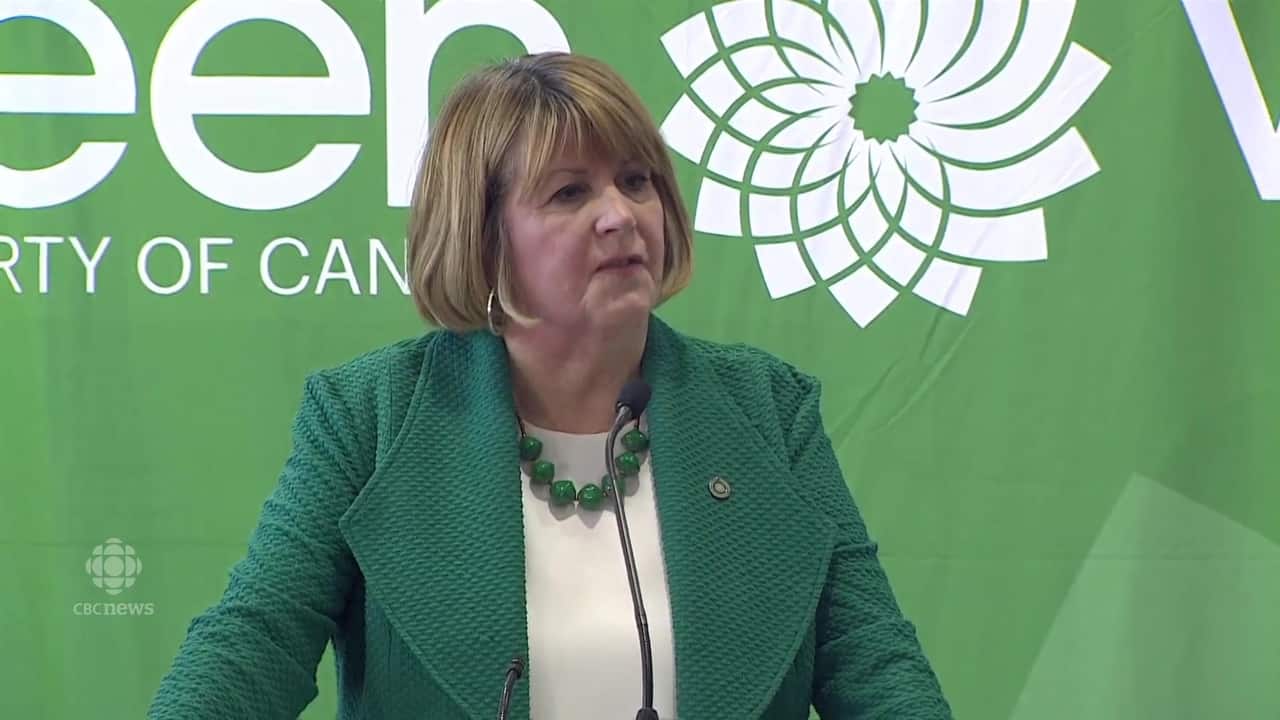 12 months agoVideo
0:38
Green Party of Canada interim leader Jo-Ann Roberts why a leadership candidate must be able to raise $50,000 0:38

"By imposing these financial barriers to success, the party's federal council has essentially put the party up for sale. This runs counter to the Green Party's values of grassroots participatory democracy," Tyrell said on Facebook Monday afternoon. "We should be the party of the people, not of the 1 per cent."

While asking for donations for his campaign, Tyrrell also called on the party to lower the cost of admission to the race.

Leadership contestants must also collect 250 signatures, and some of those sign-ups must include young Greens and and members who live in five out of the six regions outlined in the party's constitution. Candidates have until June 3 to register, and the party's three-member leadership committee will vet all nominees.

Bilingualism, Roberts also said, is not a requirement to run, but it should be.

"I think the time has arrived where the leader of a major party must speak both official languages," Roberts said.

"Personally it is a reason I am not seeking the leadership. While I speak French I do not speak it well enough to compete at the national level."

The party will be hosting two debates: one in English and another in French.

According to the party's rules, members can vote online, by mail-in ballots or in person at the party's convention, slated for Oct. 2 to 4 in Charlottetown.

The vote will be open to all Green Party members 14 years of age or older; the leader will be elected by one member, one vote using a preferential ballot.

Here is a list of candidates, in alphabetical order, who have declared they're running: