Newly elected Green Party Leader Annamie Paul said today she will consider running in other ridings if she is defeated in the upcoming Toronto Centre byelection.

Newly elected Green Party Leader Annamie Paul said today she will consider running in other ridings if she is defeated in the upcoming Toronto Centre byelection.

Paul — the first Black permanent leader of a major federal political party in Canada — said that being "a first" in politics means she'll have to fight much harder to get where she wants to go.

Paul hopes to win the Toronto Centre riding — a Liberal stronghold that was vacated when former finance minister Bill Morneau resigned last month. The byelection is set for Oct. 26.

She said that if she doesn't win Toronto Centre, she'll run elsewhere.

"I am willing to run anywhere that the Green Party and our membership thinks it makes sense for me to run. My children are grown ... my husband is an international human rights lawyer and all of his work is outside of Canada. So, I have bags, will travel," she told a news conference in Ottawa.

Paul said she's confident she can be an effective party leader while she works to secure a seat in Parliament.

May urges NDP to stand down in byelection

Outgoing Green leader Elizabeth May said the NDP should stand down and field no candidate of its own in the byelection as a "leader's courtesy" to Paul. She said that when she offered not to run a Green candidate in Burnaby South to allow NDP Leader Jagmeet Singh to win a seat in Parliament, she said Singh told her that was a "very classy thing" for her to do.

"So I would like Jagmeet Singh to think about it. I'd like New Democrats to reach out to him and say how classy is it to try and block the entry to the House of Commons of the first Black woman leader of a federal political party," she said.

NDP national director Anne McGrath said the party would not be pulling out of the Toronto Centre race. The NDP noted the party never asked May to not run a candidate against Singh. 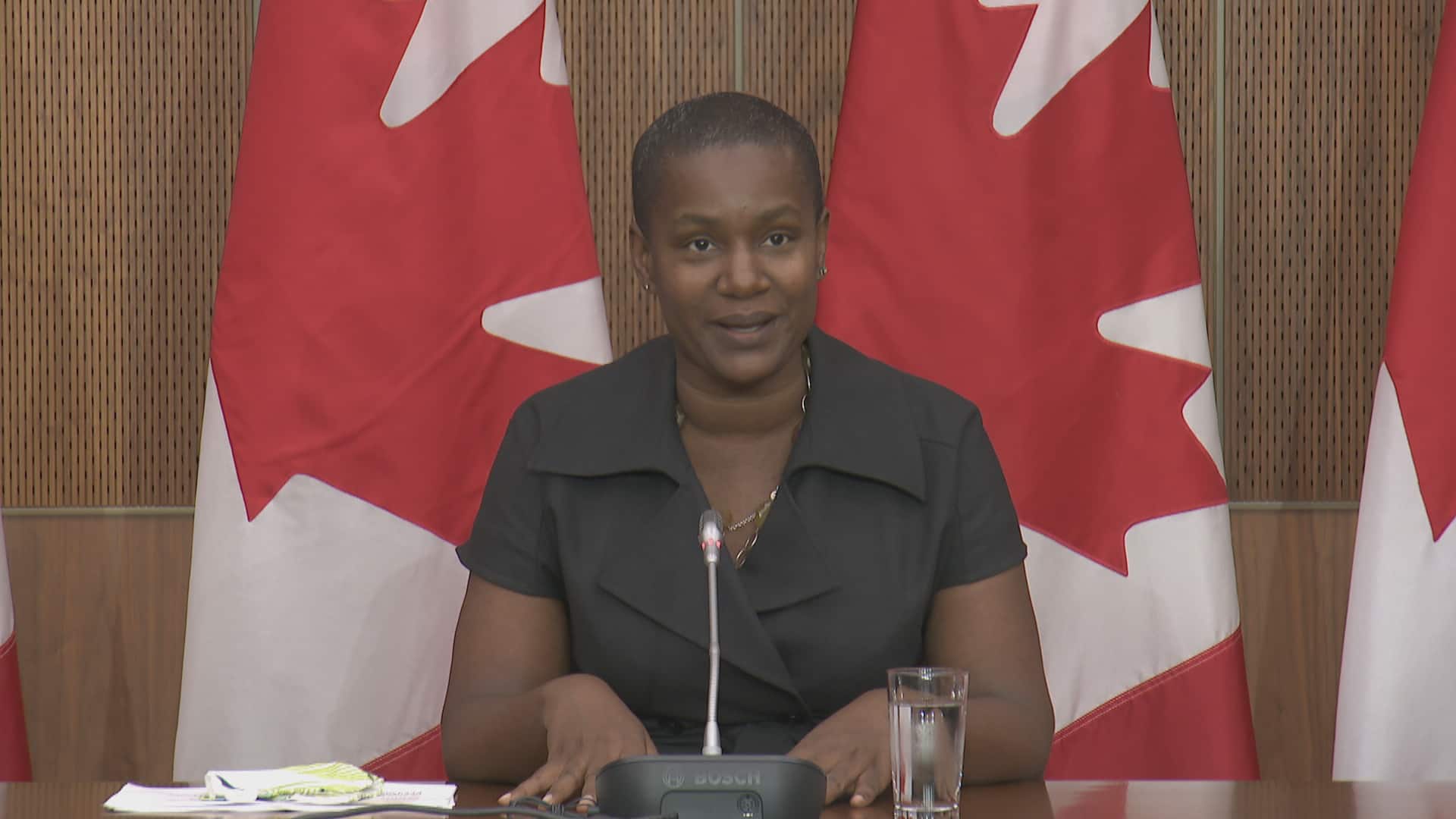 'I have bags, will travel' - Green Party leader Annamie Paul

4 months agoVideo
0:57
Green Party leader Annamie Paul says she will run wherever the party and membership thinks is best. 0:57

"A few great candidates decided to put their names forward to run for the NDP nomination in Toronto Centre and NDP members democratically chose Brian Chang to represent them. Brian will not withdraw from the by-election," McGrath said in a statement.

"We congratulate Annamie Paul on winning the GPC leadership and wish her the best in the by-election."

Calling climate change the "existential crisis" facing the planet, Paul accused the Liberals and other political parties of lacking ideas. She said the government's recent throne speech was "a whole lot of platitudes."

"Unfortunately, a platitude is not a plan. So I am encouraging people to turn towards the Green Party if they're looking for a real plan, because what we see is that the other parties, unfortunately, are intellectually exhausted," she said.

WATCH / Elizabeth May on the Toronto Centre byelection

Elizabeth May to Jagmeet Singh: "How classy is it?"