While announcing his determination to withdraw from the Paris agreement, Donald Trump lamented that American funds had been committed to help developing countries mitigate and adapt to the impacts of a warming planet. But there is a decent case to be for such spending.

While Trump pulls back, Canada has committed $2.65 billion to international climate adaptation

"Nice name," said the president of the United States, perhaps deviating from his prepared text.

While announcing his determination to withdraw the United States from the Paris agreement on climate change, Donald Trump was lamenting that American funds had been committed to help developing countries mitigate and adapt to the impacts of a warming planet.

'Yet another scheme to redistribute wealth out of the United States through the so-called Green Climate Fund' - Donald Trump, U.S. president

​"Beyond the severe energy restrictions inflicted by the Paris Accord, it includes yet another scheme to redistribute wealth out of the United States through the so-called Green Climate Fund — nice name — which calls for developed countries to send $100 billion to developing countries all on top of America's existing and massive foreign aid payments," he explained. 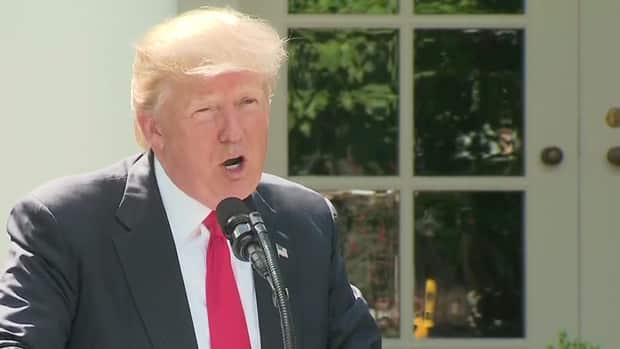 4 years agoVideo
2:15
Trump's announcement that he intends to pull the U.S. out of the Paris climate accord did not sit well globally, and even drew criticism from former president Obama. 2:15

Canada's pledge to climate finance stands at $2.65 billion Cdn over the next five years. And though Conservative MPs voted last week to endorse the Paris Accord, Conservatives have similarly grumbled about the expense.

"The bottom line is the government is nickel-and-diming Canadians to death to pay for the prime minister's out-of-control spending on his own vanity projects, like the $2.65 billion he spent on environmental projects outside of our country when the money could and should have stayed in Canada," Ed Fast, the Conservative environment critic, told the House of Commons in May.

Fast has repeatedly questioned the $2.65-billion commitment. Maxime Bernier criticized it during his leadership campaign as part of a promise to reevaluate all foreign aid.

But to paraphrase one analyst, however much that money might flatter the prime minister's sense of self-worth, there is a decent case to be made for the spending.

The moral case for climate aid

The $100-billion goal — a compromise from suggestions that developing nations required or deserved much more — emerged during negotiation of the Copenhagen Accord in 2009.

That amount can be justified as a matter of fairness and moral responsibility.

"If all we say to these countries is that they cannot copy what we have done ourselves — when our development history has given us great prosperity while giving them many of its environmental costs — there can be no reasonable dialogue on which to build a shared future," former British prime minister Gordon Brown said in pitching the $100-billion target. 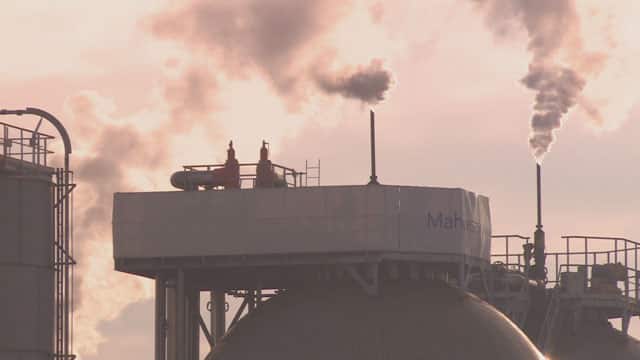 4 years agoVideo
2:08
President Donald Trump's decision to withdraw from the Paris accord hasn't deterred Canada, which is working with local and global partners to deal with climate change 2:08

Over the last two centuries, the world's richest nations powered their economic growth by burning fossil fuels, producing the vast majority of historic emissions that are now contributing to climate change. As Dale Marshall of Environmental Defence puts it, the developed countries filled up more than their fair share of the planet's atmospheric space.

Meanwhile, the poorer developing nations, while being asked to forgo those energy sources, are now expected to suffer disproportionately from the droughts, flooding and other impacts of global warming.

The economic and security case for helping

But when the U.S. Treasury department asked Congress to continue supporting the Green Climate Fund this year, it offered practical arguments.

By improving the resilience of vulnerable nations, funding would reduce the likelihood of civil unrest and strife, thus contributing to national and international security. And, in addition to helping to reduce global emissions, financial assistance can develop new markets, reduce the risk of economic shocks from extreme weather and change, and support the expansion of American businesses.

In an analysis published by the Brookings Institution in February, Timmons Roberts and Caroline Jones argued that withdrawing funding could reduce U.S. influence internationally. "To renege on our commitments to climate finance made in support of the Paris Agreement would weaken America's ability to muster enthusiastic support on important international policies we might care about," the two researchers wrote. 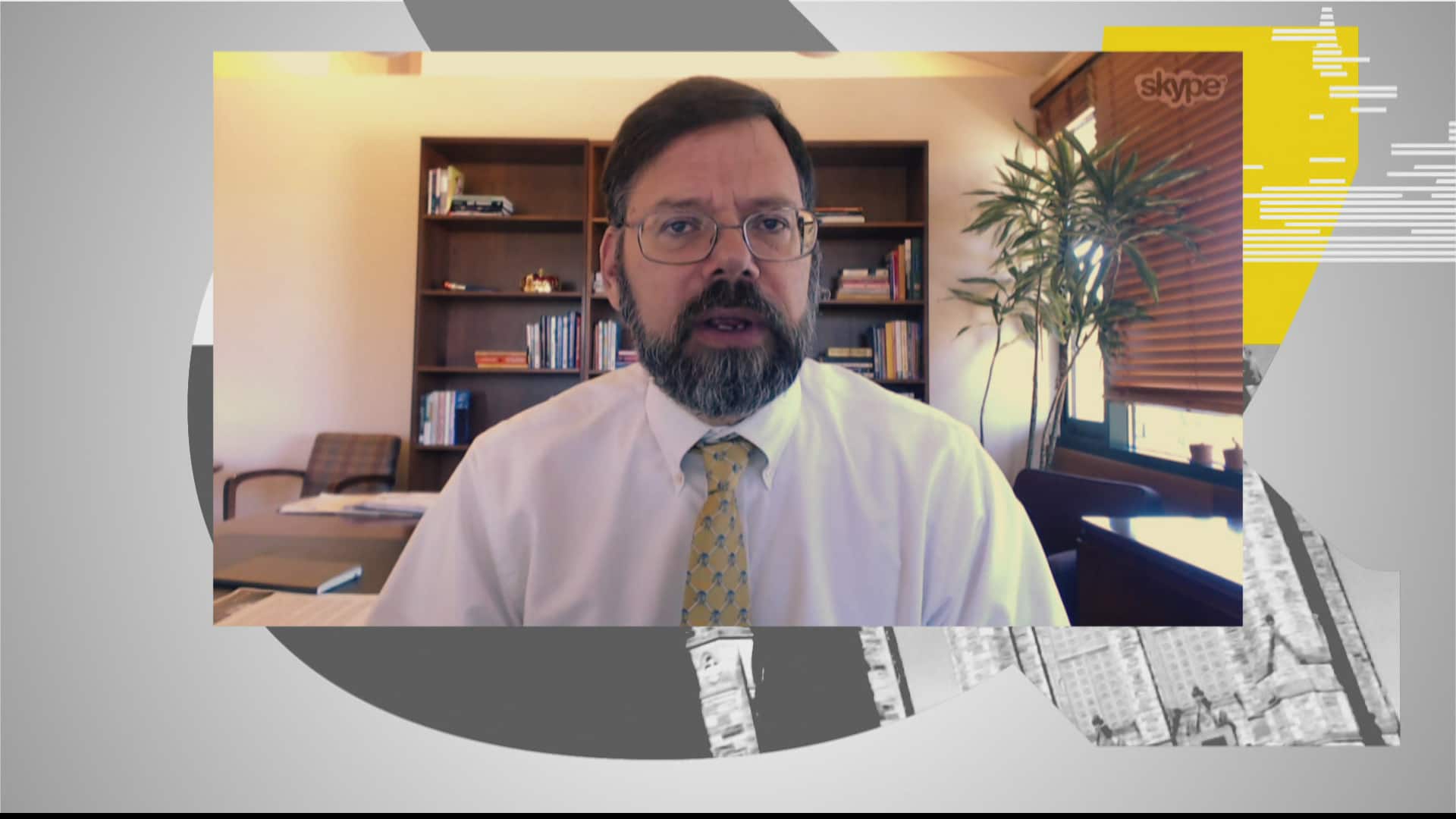 Key player in securing the Paris Climate Agreement says the costs of inaction on climate change are “enormous” for the U.S.

The $100 billion in annual funding is to be provided by both governments and the private sector and can come in the form of loans, grants or insurance. The current Canadian commitment is being divvied up across a number of initiatives, including $300 million for the Green Climate Fund.

But Canada was involved in such aid long before Justin Trudeau was anywhere near the Prime Minister's Office.

Between 2010 and 2012, Canada contributed $1.2 billion in financing, as detailed in a 2013 report. And the commitment of $300 million to the Green Climate Fund was actually made by Stephen Harper's government in 2014.

Fast, a minister in that government, has worried that there will not be enough accountability for how the Trudeau government's commitment will be used, though officials tried to reassure him during committee hearings earlier this year. Canada's current commitments are broadly defined, but the federal government has mapped and detailed previous recipients.

Trump ventured that "nobody even knows where the money is going to," but the Green Climate Fund's website details each of the 43 initiatives that have so far been funded. A project to deal with groundwater and irrigation in a tribal area of India received $166 million. A hydropower facility was installed in the Solomon Islands for $233 million.

Environmentalists also have questions about how the money will be used and other analysts have argued that the tracking of funds needs to improve, but without saying that climate financing is an unworthy pursuit.

Of course, transparency and accountability are expected whenever public funds are spent.

But the main argument for climate financing is that it's justified and has an important purpose and critics have to reckon with that.