The Liberal government avoided a disastrous result for its marquee marijuana bill Thursday, as the bill to legalize recreational marijuana passed a key legislative stage in the Senate. It's now headed to committee for further study.

Senators voted 44 to 29, largely along partisan lines, to send bill to 5 committees for further study

The Liberal government avoided a disastrous result for its marquee marijuana bill Thursday, as the legislation to legalize recreational cannabis passed a key stage in the Senate. It's now headed to five separate committees for further study.

Senators voted 44 to 29 to pass the bill, largely along partisan lines, at second reading. A defeat would have killed the bill, forcing the government to start over again in the House of Commons with new legislation, all the while jeopardizing plans for full legalization by summer.

All 28 Conservative senators present in the chamber voted against the bill. Virtually all Independent senators — most of them appointed by Prime Minister Justin Trudeau — sided with the government.

Independent P.E.I. Sen. Mike Duffy was the lone hold-out and voted with the Conservatives. And, in a rare move, Speaker George Furey, who usually refrains from voting, voted to move the bill to committee.

"I think it's an important statement by the majority that this bill must advance," Peter Harder, the government's representative in the Senate, told reporters after the vote.

"This is a bill that is of high interest to the Senate. There are many issues to be dealt with, and it's important that second reading passed tonight so the Senate could get on with its study, meeting with experts, and deciding if the bill can be improved in any fashion."

"I'm happy that we have the decision I think Canadians expect of us. We're here to do work, examine the legislation, hear from experts, provide our advice and judgment," he said.

Larry Smith, the Conservative leader in the Senate, said his caucus stood against the bill on principle, adding it's "not our job" to support government legislation. He said the Tories plan to move amendments to address some of their key concerns. 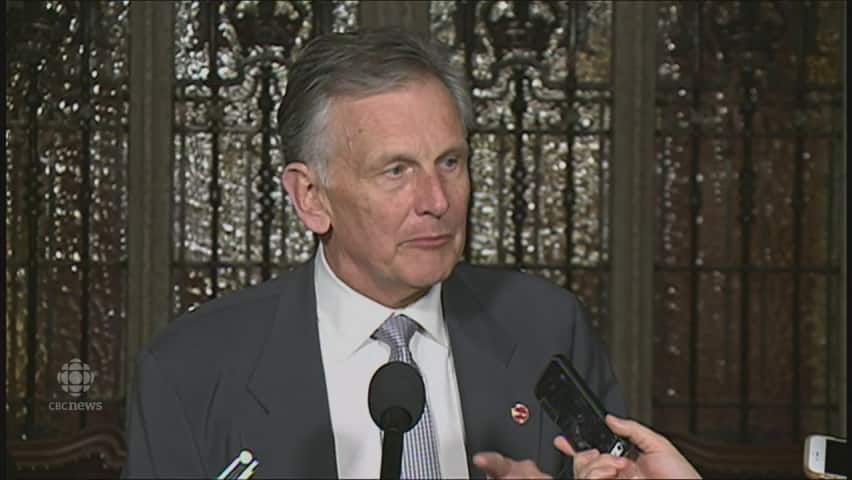 Some in government were worried about the prospect of a loss because two Senate committees are out of town this week, meaning some Independent and Liberal senators who support the bill were not scheduled to be present for the crucial vote.

But some senators flew back to Ottawa late Wednesday night and early Thursday morning so they could be on hand to back the bill and stave off an embarrassing defeat for the Liberal government.

Non-affiliated Alberta Sen. Grant Mitchell, the government's liaison — who works as a whip without some of the same coercive powers normally afforded to a partisan caucus — and Independent Quebec Sen. Marc Gold, the liaison for the Independent Senators Group, were busy working the phones encouraging senators to show up in Ottawa Thursday.

"They are making a special effort to fly back here if they need to, so they can be here and vote according to how they believe the vote should go," Sen. Yuen Pau Woo, the leader of the Independent Senators Group, told reporters earlier Thursday.

"As soon as we heard that there was a possibility of a blocked vote on the part of the Conservatives and that there was the possibility that they, the Conservatives, might run the risk of defeating a bill at second reading — which would be extraordinary — we wanted to communicate that with our members so they could make their own decision about coming back and be part of this historic decision."

Prime Minister Justin Trudeau had urged senators to pass the bill, saying illegal cannabis use — a $7 billion industry that funnels funds into the hands of organized crime, according to government figures — will continue unabated without the benefit of federal regulations.

"It does not protect our young people, and it sends billions per year to organized crime and street gangs. We need a new system," he said. "That's why we are pushing forward with legalization and control of marijuana and I'm confident that all Canadians, including the senators, will understand that."

Harder, the Liberal government's point-man in the Senate, said Thursday morning he simply wasn't sure he had the votes to get the bill over the line today.

When asked after the vote if he was relieved the result went his way, Harder said, "I always breathe a sigh of relief when the Senate acts responsibly." 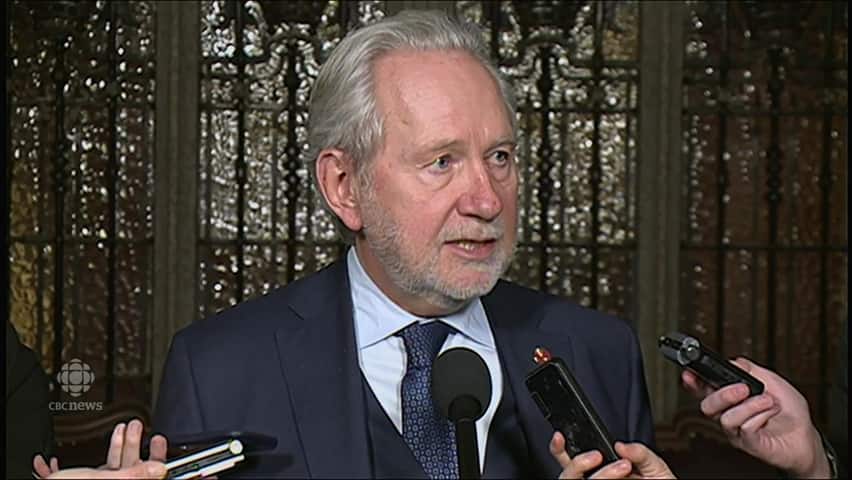 3 years agoVideo
1:54
Senators Yuen Pau Woo, Tony Dean and Peter Harder discuss next steps for the government's pot bill as it passes a critical vote in the Senate. 1:54

Conservative senators have delivered scathing condemnations of the legislation that will legalize the recreational use of cannabis in this country.

Tory senators say they worry the legislation will endanger youth, increase smoking rates, complicate the work of police officers, lead to a backlog of court cases for possession offences and do little to curb black market sales of the drug.

"It's a piece of shit. It doesn't protect people, it will not exclude organized crime from the production. So, most senators say this bill was written badly," Conservative Quebec Sen. Pierre-Hugues Boisvenu told reporters Thursday ahead of the vote.

"We have to rewrite the bill. It will be a good exercise for us. Every article must be amended."

"I think that is inappropriate. The issue is, it's up to the government if it wants to progress its legislation. It has to get its members to come and vote," he said. "They have to get their troops organized to make sure they get the vote they want."

Conservative Manitoba Sen. Don Plett, the caucus whip, said government efforts to marshal Independent senators — and fly them back to Ottawa for a vote — prove that the 'Independent' label is a farce.

"Justin Trudeau's biggest problem is his independently appointed senators have been told they're independent for so long that now some of them are starting to believe that," he said.