"The law says a minimum once per year, but I would hope the committee would send a report whenever they felt it was necessary," he told Chris Hall in an interview on CBC Radio's The House.

The nine-member committee would be made up of seven MPs and two senators who would have the clearance required to explore "any and every dimension of national security that they want to look at," Goodale said.

The minister of public safety said the goal of the committee would be to ensure the country's security and intelligence agencies are keeping Canadians safe while at the same time protecting Canadian values, rights and freedoms.

The committee's findings and recommendations would be tabled in Parliament, though the government would review the reports beforehand to ensure they don't contain classified information.

"When you fall into the pattern in one annual report, and not much more, that is not adequate," said Goodale.

Unlike parliamentary committees that have to report to the House of Commons, this joint committee would respond directly to the prime minister.

Of the seven MPs, a maximum of four would come from the governing party. The cabinet will choose who will chair the committee.

Goodale, who worked with House Leader Dominic LeBlanc on drafting the bill, said the bill is open for people to ponder over the summer and he's open to tweaking the legislation as it moves through the House in the fall.

When questioned if nine people would be enough for the sweeping monitoring he's promised, Goodale pointed out there are already oversight bodies in place including the Security Intelligence Review Committee that oversees CSIS, and the Civilian Review and Complaints Commission for the RCMP.

"This is incremental to what already exists," he said. "They should work constructively together."

Orlando 'appalling' for most Canadians

In light of the mass shooting in an Orlando gay club that killed 49 people, Goodale told Hall Canada's police and security agencies have been reviewing their procedures and double checking their sources and information.

June is pride month and many Canadian cities will be hosting large events.

"Canadians can be assured that their police and security authorities are taking every precaution humanly possible to keep Canadians safe and respect their values. The incident in Orlando was a horrible combination of terror and hate, particularly directed at the LGBTQ2S group. That is just appalling for the vast majority of Canadians." 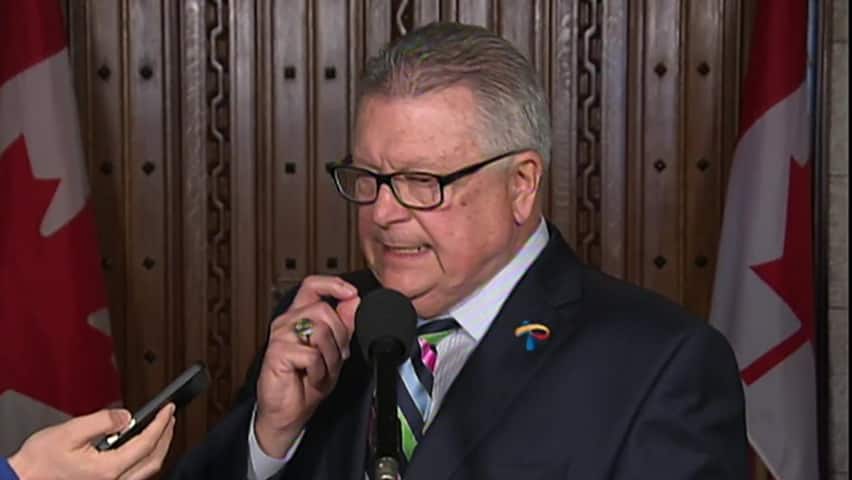 With files from CBC's Susana Mas and the Canadian Press