The federal government is investigating the misuse of U.S. travel documents, whether money has changed hands and the possibility that "certain people" have engaged in a misinformation campaign as possible contributing factors for the spike in asylum seekers crossing the border illegally into Canada.

The federal government  is investigating the misuse of U.S. travel documents, whether money has changed hands and the possibility that "certain people" have engaged in a misinformation campaign as possible contributing factors for the spike in asylum seekers crossing the border illegally into Canada.

"There appears to be at least some evidence of a deliberate disinformation or misinformation campaign being undertaken by certain people," Public Safety Minister Ralph Goodale told CBC News Network's Power & Politics.

"We will be investigating those information sources to determine what their motivation is. We'll be particularly alert to any evidence that any money is changing hands," Goodale told host Rosemary Barton. "If there is any indication of any kind of trafficking operation here, that will be, that will be treated very severely."

Goodale says there is no "hard information" yet but there appears to be some misuse of U.S. travel documents with some asylum seekers arriving in Canada with documents that "would be perfectly legitimate and operative in the" United States.

"This is an issue that we will be continuing to take up with the United States," Goodale said. "The misuse of their travel documents or American procedures or status would obviously be something that is of great concerns to the United States."

Goodale made the comments from the Canada-U.S. border in Lacolle, Que., where he was visiting the temporary processing centre set up on the Canadian side of the border to cope with the influx of asylum seekers crossing there.

Accompanied by Immigration Minister Ahmed Hussen, Goodale said that despite an overall increase in August, the number of asylum seekers crossing illegally into Canada has dropped slightly in the last few days.

"The latest three days has been way below 200 [illegal border crossings a day]. We are talking about an average of about 140 people," Hussen said, cautioning, "I am not saying that is a trend."

In the first two weeks of August, more than 3,800 people, many of whom are Haitian, walked over the border into the province, compared to the 2,996 who crossed in all of July.

Hussen said the processing time to determine an asylum seeker's eligibility is currently five months, but with the addition of more staff to cope with the sudden influx, the government expects that wait time to shorten. 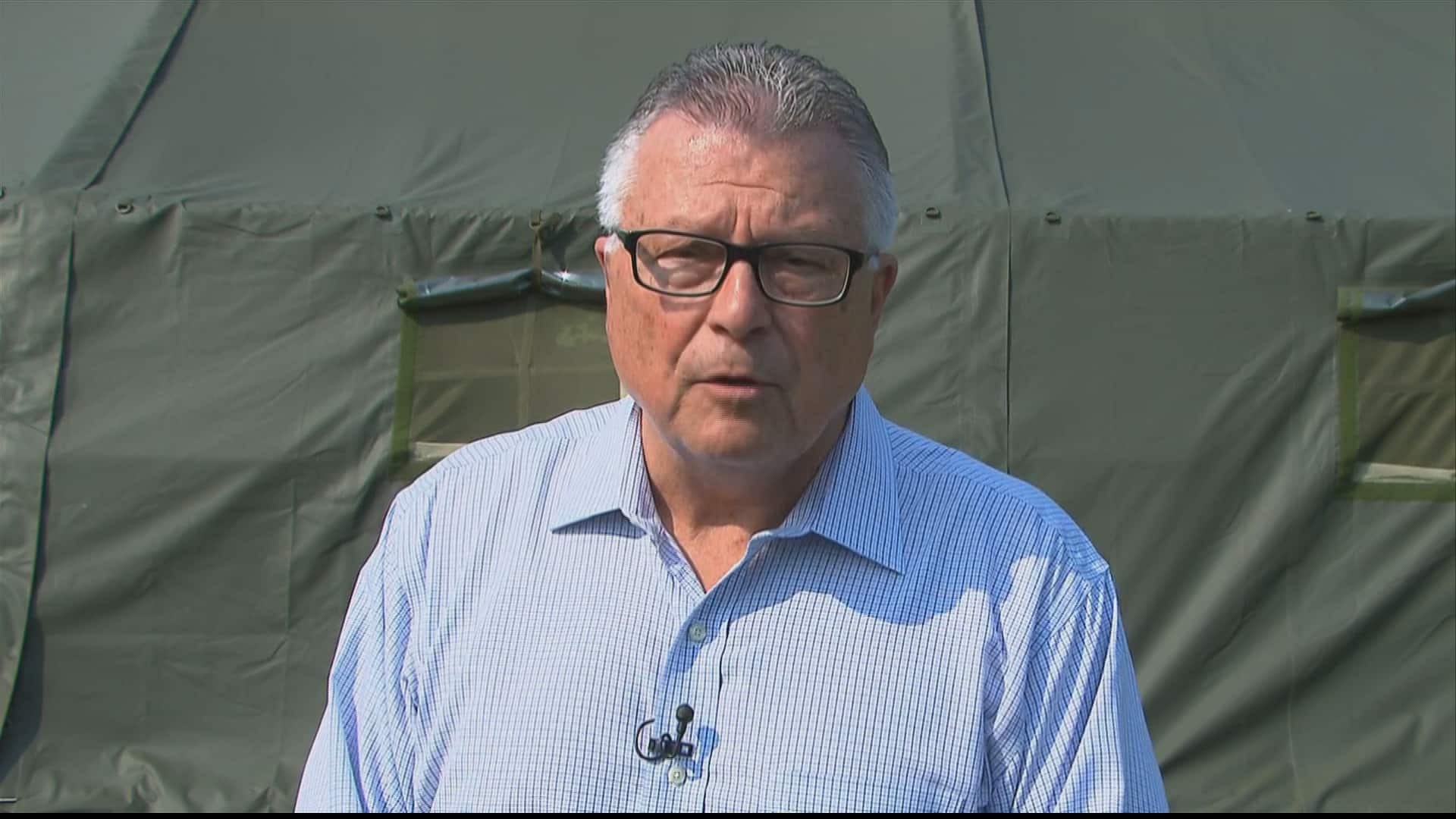 Goodale: “We are going to investigate this thoroughly from top to bottom”

3 years agoVideo
9:00
Minister of Public Safety says it appears there may be some misuse of U.S. travel documents connected with the surge of asylum seekers crossing into Quebec 9:00

Goodale said he went down to Lacolle not just to observe but to remind those considering crossing the border into Canada illegally that doing so was not a shortcut to citizenship.

"Trying to cross the border in an irregular fashion is not a free ticket to Canada," Goodale said. "We have been making this point over and over and over again since last January and February when this circumstance began."

The minister warned that those choosing to cross the border illegally, between official ports of entry, will be arrested by the RCMP, investigated and people who do not have a legitimate claim will be deported.

This latest warning comes after Prime Minister Justin Trudeau told reporters on Sunday that no matter how people get to Canada they will all be subject to the same laws.

"If I could directly speak to people seeking asylum, I'd like to remind them there's no advantage," Trudeau said at a news conference Sunday in Montreal. "Our rules, our principles and our laws apply to everyone."

Unlike Canada or Mexico, which both routinely deport almost anyone without a valid visa, the U.S. government allows otherwise-illegal immigrants to remain without legal status — sheltered under various forms of government sufferance.

About 59,000 Haitians received Temporary Protected Status (TPS), a U.S. government waiver exempting them from deportation to their devastated homeland, after a catastrophic earthquake struck near Port-au-Prince in 2010.

That waiver was renewed several times by the Obama administration. But this summer, Secretary of Homeland Security John Kelly (now White House chief of staff) signed off on a very short renewal — six months — letting it be known that there would probably be no more extensions.

Faced with the prospect of losing their status in the U.S. Haitians and others living under the waiver may be considering an illegal trek across the Canada-U.S. border.

To dissuade them from doing so, Haitian-Canadian MP Emmanuel Dubourg is being dispatched to Miami on Wednesday to try and counter any disinformation campaign that is encouraging Haitians to travel north.

Dubourg, a Liberal MP for a Montreal-area riding, was appointed last week to a newly established federal-provincial task force focusing on how to handle upwards of 7,000 people who've been stopped illegally crossing into Canada since June, the vast majority intent on seeking asylum.

In the last two months, many have been Haitian and Dubourg sees himself cast in the role of ambassador. He's already used his extensive connections with the Haitian diaspora and fluency in Creole for outreach there, he said.

The next step is to take it on the road.

"We have to go to the source," Dubourg told The Canadian Press on Monday.

With files from Evan Dyer and The Canadian Press