U2 frontman Bono praised Prime Minister Justin Trudeau for fighting against poverty, saying 'The world needs more Canada.' The activist was speaking at a summit in Montreal to raise money to fight the world's top three infectious diseases.

U2 frontman and activist Bono praised Prime Minister Justin Trudeau's "personal commitment to equality" and Canada's support of global health initiatives during a keynote speech at a two-day summit held in Montreal to raise money to fight three deadly diseases in developing countries.

Money raised by the Global Fund to Fight AIDS, Tuberculosis and Malaria has had "extraordinary success" with saving 20 million lives since 2002 with antiviral drugs, but the fight is not over and there is a search for "leadership anywhere we can find it," Bono told the conference on Saturday.

"At a time when these kinds of multilateral initiatives are receiving so much chill, it's just great to see Canada leading on this. You've always been ahead of the curve in realizing we can do more if the international community works together." 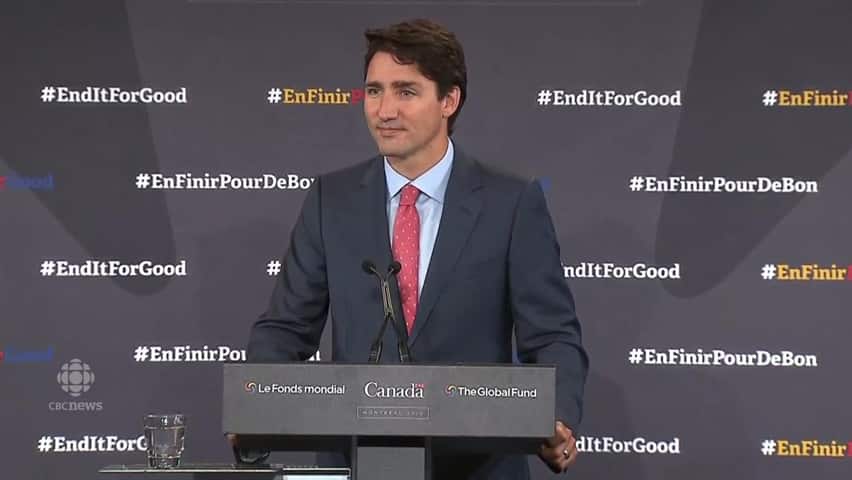 Bono also noted Trudeau's comment on the opening day of the Global Fund conference that "poverty is sexist," as he urged help for the world's poorest women and children.

The conference has attracted a long list of wealthy donors and decision-makers — from Bill and Melinda Gates to UN Secretary General Ban Ki-moon.

Their goal is to raise $13 billion to help save an estimated eight million lives while preventing 300 million new infections by 2019.

Gates, another keynote speaker, said the Global Fund will help save the lives of two million people this year alone.

The Canadian government has pledged $785 million to battle the three big infectious diseases for the 2017-19 funding period.

The conference is designed to show Canadian leadership on the international stage ahead of what is expected to be Trudeau's first address to the United Nations General Assembly next week.

"Over the next 15 years we must all work together to achieve the sustainable developing goals," the UN secretary general told the conference on Saturday. 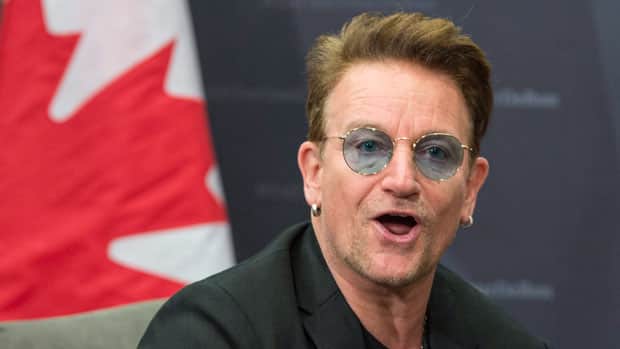 4 years ago
0:28
U2 frontman and activist praises Canada's support of global health initiatives 0:28