Butts said there was no co-ordinated effort inside the Prime Minister's Office (PMO) to pressure Wilson-Raybould to overrule the director of public prosecutions and negotiate a deferred prosecution agreement (DPA) with SNC-Lavalin so it could avoid a trial over allegations it used bribery to secure government contracts in Libya.

"Absolutely not," he said when asked if he or anyone else exerted such influence on the former minister. "I really don't have an opinion on what decision the current or former attorney general should make. I'm glad I'm not in their shoes." 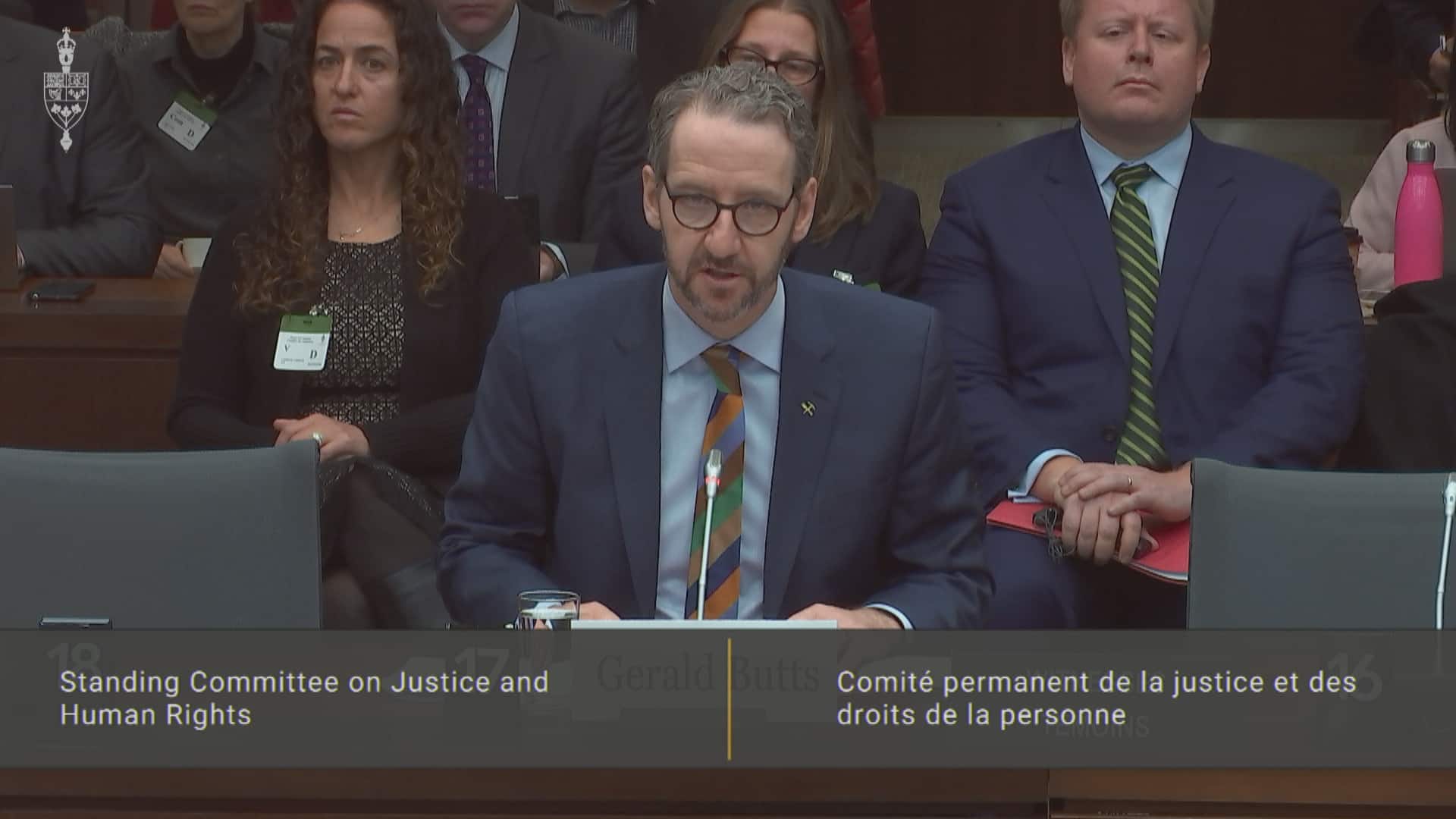 Butts: 'Not here to quarrel with the former attorney general'

Butts also categorically denied that Wilson-Raybould was removed from cabinet because of her refusal to pursue a DPA — as she herself said under questioning last week — and said rather the shuffle was prompted solely by former Treasury Board president Scott Brison's unexpected December resignation.

Butts said he was not aware of her apparent discomfort about lobbying efforts on the SNC-Lavalin file until she was removed from the Justice portfolio in January 2019 as part of that shuffle.

Under questioning from NDP MP Charlie Angus, Butts said he has a "very different version of events" than does the former attorney general and would not "cast aspersions" on a former colleague for what he called her subjective take on the matter.

"What I am here to do is to give evidence that what happened last fall is in fact very different from the version of events you heard last week," he said.

Reading from text messages he exchanged with Wilson-Raybould, Butts told the committee that the only meeting he had with her on the issue was held at her request. Wilson-Raybould had testified that they both had sought out the Dec. 5 meeting at Ottawa's Chateau Laurier.

"Hey there GB — do you want to chat? I have a number of things to bring up … maybe you do as well? Tomorrow after Cabinet perhaps? Thx Jod," the text message from Wilson-Raybould said.

'Many people's livelihoods are stake'

Butts suggested that if Wilson-Raybould requested the sit-down — which was to include discussion of files other than SNC-Lavalin — it would be unfair to say he personally had pressured her to take a particular course of action on the prosecution.

Butts said the government encouraged Wilson-Raybould to hire outside legal counsel — like former Supreme Court chief justice Beverley McLachlin — to solicit advice on whether she should sign a DPA.

"This was a novel law. It was the first time it had ever been used," Butts said.

Butts said the Prime Minister's Office wanted Wilson-Raybould to consider all options, given the potential for grave economic consequences for the company if it were convicted of the criminal offences.

"In a case like this when so many people's livelihoods are stake ... we took a really hard look at it because you want to be able, when you go knock on your doors on the weekend, you wanted to be able to look employees and pensioners in the eye and say, 'We gave this a good hard look.' That's all that was motivating us," he said.

Butts said the former attorney-general never made it clear to him that she had come to a final conclusion on the matter, adding he first learned she was not open to further intervention on this file from her appearance before the committee last week.

If Wilson-Raybould felt the lobbying efforts to get her to consider hiring legal counsel for a second opinion on a DPA crossed the line, he said, "she had an obligation to at least inform the prime minister in writing."

Butts said he doesn't understand why Wilson-Raybould continued to accept meetings on the matter months after she is said to have made a final decision not to pursue a DPA.

"Why would there be a next step at all? Why would the Attorney-General take and solicit meetings on a closed matter?" Butts said. 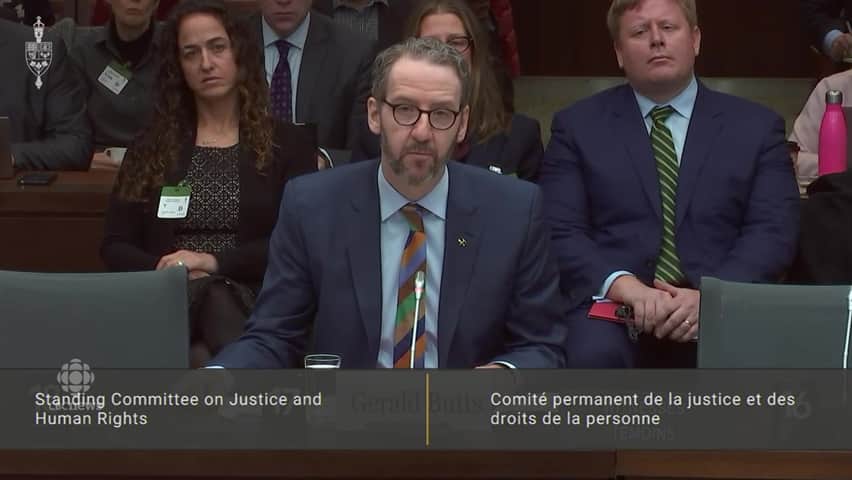 Gerry Butts: 'Why would the attorney general solicit and take meetings on a closed matter.'

2 years agoVideo
1:02
"My understanding ... is that the attorney general's power to direct the DPP extends until the time a verdict is rendered." 1:02

Conservative MP Lisa Raitt asked Butts if he knew the prime minister allegedly told Wilson-Raybould — during their Sept. 17 meeting on the issue — that "I am an MP in Quebec — the member for Papineau." Raitt said that political considerations should not drive legal considerations.

Butts said he "absolutely" agreed with that principle but added he was not at the meeting in question. "There's a gray area in what you think is a political consideration," Butts said.

Asked whether it was appropriate to mention an upcoming provincial election in Quebec in discussions about signing a DPA — something Wilson-Raybould said happened at a meeting with Trudeau and Clerk of the Privy Council Michael Wernick — Butts said public policy decisions are not made on the basis of electoral fortunes alone, and noted that the government concluded its NAFTA negotiations by agreeing to controversial dairy provisions that don't sit well with farmers in Quebec.

Wilson-Raybould considered possibility of a DPA for only 12 days 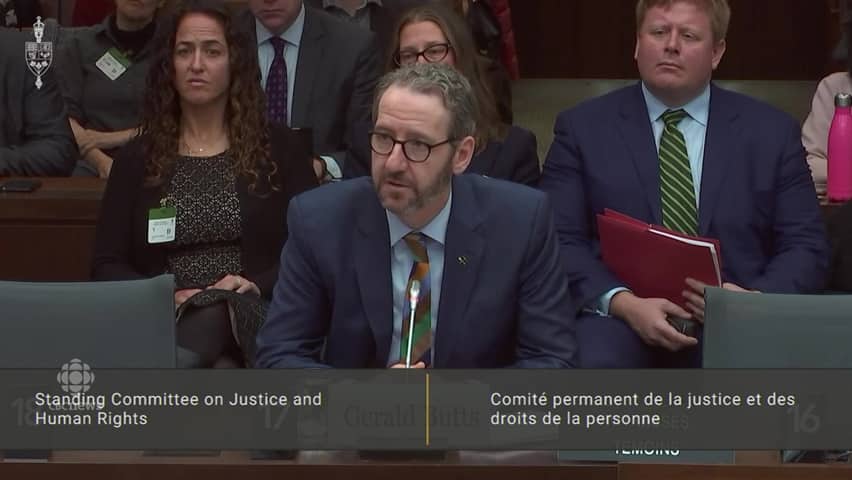 2 years agoVideo
1:25
"We wanted to make sure that every due consideration was given to both options." 1:25 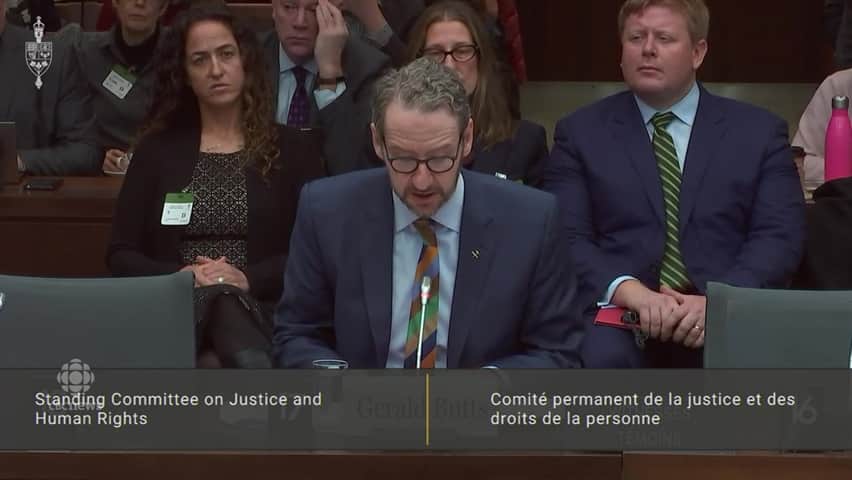 Gerry Butts: "... an obligation to inform the prime minister."

2 years agoVideo
0:48
"I believe that if any minister is made aware of something they think is this wrong, I believe they have an obligation to inform the prime minister soon after they become aware of it." 0:48