The federal government says it’s pursuing all legal options against the now-defunct company that shipped tons of garbage to the Philippines, but experts say Canada bears part of the blame.

The federal government says all legal options are on the table to get the company at the centre of the Philippines garbage dispute to take responsibility — but experts say Canada shares some of the blame.

Ottawa is spending $1.14 million to bring dozens of cargo containers filled with garbage and contaminated recyclables back from the Philippines to Canada for disposal.

After six years of negotiations, 69 shipping containers filled with rotting Canadian garbage were loaded onto a container ship yesterday and are now heading back to Vancouver.

As the containers make their return trip across the Pacific, the government says it's looking at its legal options against the export company Chronic Inc.

"Part of the solution around this is making sure we hold the companies responsible if they're illegally exporting waste to other countries," said Environment Minister Catherine McKenna Thursday.

"The reality is developing countries no longer want to take plastic pollution or waste from developed countries and that's exactly why we have a zero-plastic waste strategy. That's why we're going to be announcing different measures soon."

"I cannot provide more information regarding potential legal recourse except that all possible options to encourage accountability by the exporter are being pursued," said Environment Canada spokesperson Sabrina Kim in an email to CBC.

So, who should ultimately bear the cost of returning and disposing of the trash?

"It's a great question that has a complex answer," said Myra Hird, a professor in environmental studies at Queen's University.

"The simplest thing is that, yes, industry is responsible. The waste management and recycling industries are responsible.

'Canadian taxpayers are going to pay for this'

In Canada, waste and recycling service are — for the most part —  handled by private industry. Many municipalities rely on private firms to sort and clean recyclable waste.

The Canadian containers were shipped to the Philippines in 2013 and 2014. They were falsely labelled as containers full of plastics for recycling. When Philippine customs authorities inspected the containers, they found out that about two-thirds of their contents consisted of ordinary household garbage, including electronic waste and used diapers.

We know what happens when companies get caught doing things illegal. They go bankrupt. There's no one to go after and guess who's left picking up the tab? That's the Canadian taxpayer.​​​​​​- NDP MP Gord Johns

Kathleen Ruff, founder of the human rights and environment public advocacy campaign RightOnCanada, said she believes the government is deliberately contributing to the confusion over who is to blame.

"This is not just something bad that happened six years ago. It was, but  ... more serious than that is the fact that for six years the government of Canada, the previous government and the present government, has completely (flouted) their legal obligations."

Last month, Ruff helped to obtain a legal opinion which concluded that the garbage shipment to the Philippines put Canada in violation of the international UN Basel Convention, which forbids developed nations from sending toxic or hazardous waste to developing nations without informed consent.

Vito Buonsante, plastics program manager with the green advocacy group Environmental Defence, said someone also apparently dropped the ball when the shipment was crossing through customs.

"If the shipment was illegally labelled then that's a matter of enforcement. So there was a problem of oversight at Canadian customs," he said.

The Philippines isn't the only country angry with Canada's waste disposal habits. Earlier this week, Malaysian officials took Canada to task for shipping contaminated recyclables to its shores.

In 2016 Canada amended its hazardous waste and recyclable laws, meaning the shipment sent to the Philippines in 2013 and 2014 would be prohibited today. It also says it hasn't issued permits for Canadian companies to ship trash overseas since regulations changed three years ago — raising questions about how Canadian waste keeps showing up in other countries.

Ruff said environmental conventions need to be bolstered with stronger enforcement mechanisms, similar to the international standards set for copyright and trade disputes.

"If we said, 'Oh, it's illegal to drive through a red traffic light but there will be no consequences, we won't enforce it,' we'd see a huge escalation in deaths on the road," she said. "And when we say that companies must not illegally dump waste overseas, we need to make sure that we're serious and that there are consequences in Canadian law.

"We give a free ride to countries and corporations that are polluting and destroying our environment."

NDP MP Gord Johns, who has raised the garbage issue in the House of Commons, said Canada's reputation is taking a hit over this dispute. He said Canada should stop sending its garbage to other countries — no exceptions. 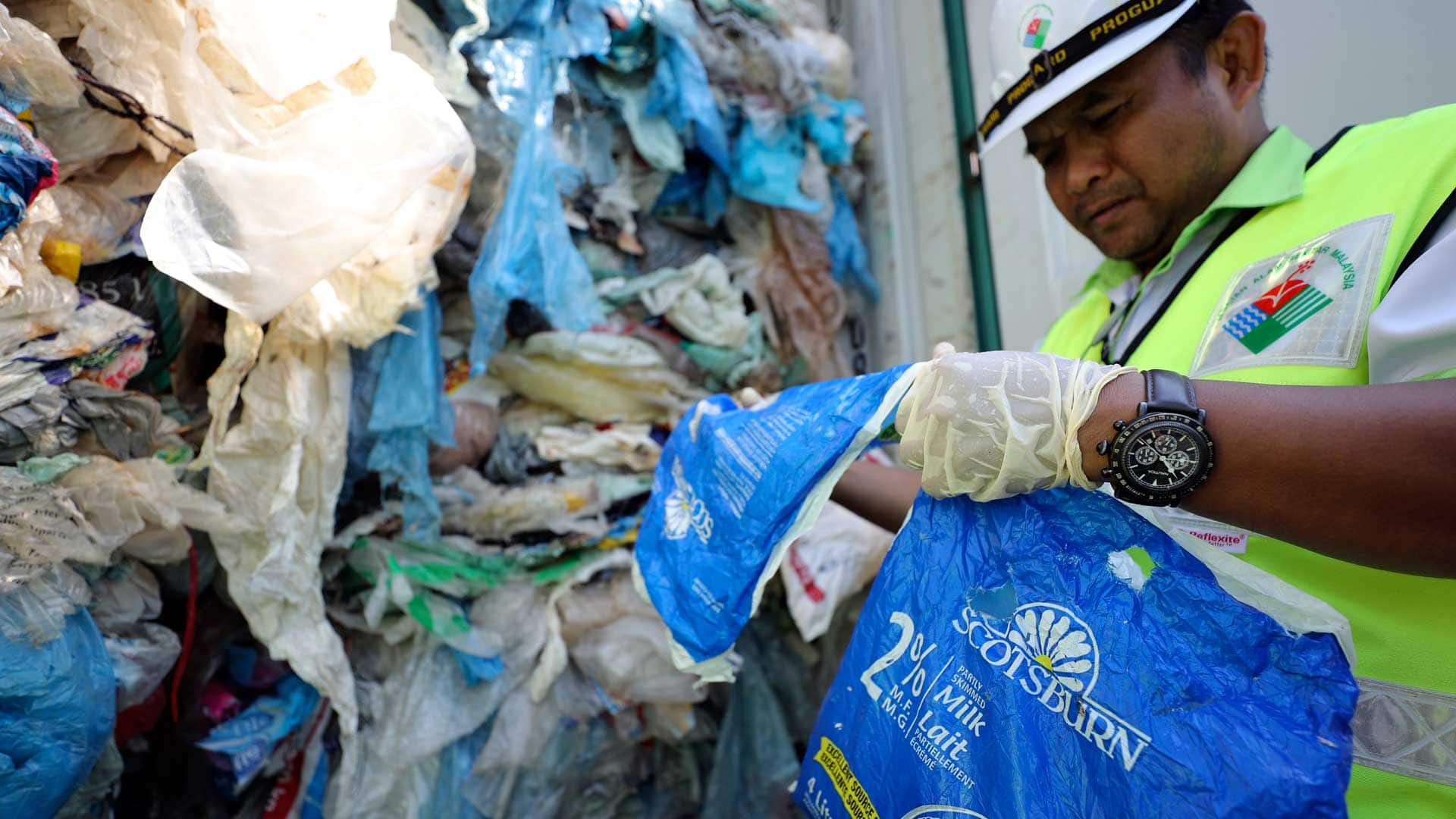 2 years agoVideo
2:27
Malaysia is denouncing Canada's for what it calls irresponsible exporting of plastic waste, becoming the second Asian nation to make plans to ship Canadian trash back across the ocean, after the Philippines. 2:27

"I think Canadians all expect that we're dealing with our plastic waste and dealing with it here at home, instead of offloading it and downloading it to developing nations that don't have the infrastructure in place, and where children are literally living in slums of plastic. It's disgusting," he said.

"We know what happens when companies get caught doing things illegal. They go bankrupt," he said, adding that, since the company responsible in this case isn't around anymore, the Canadian taxpayer is stuck "picking up the tab."

Hird said consumers also share the blame. Canadians need to focus more on reducing their waste, she said, instead of recycling it.

"It's not a matter of just tightening up these regulations. It's about understanding that recycling isn't the solution to our waste problem. It's not that we just need to recycle better and recycle more. Recycling is not great for the environment," she said.